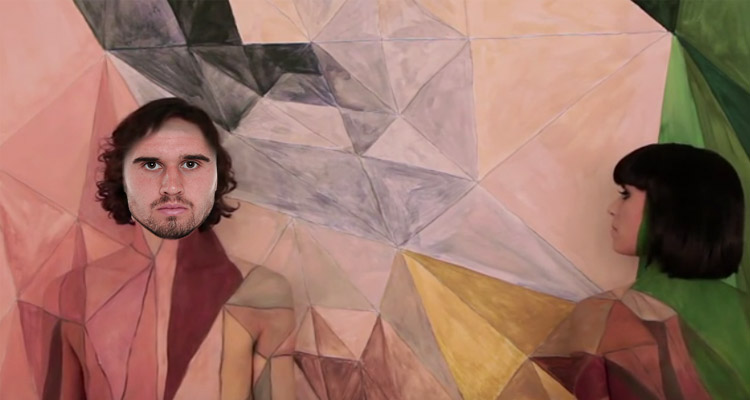 Morning. I’m guessing that Carl Jenkinson is sad at the moment. It is only a guess, of course, but I think he probably is.

He’s a life-long Arsenal fan and it looks as if his time at the club is coming to an end. He’ll have to leave behind the red and white, the yellow and the blue, the Oxlade and the Chamberlain, and depart for pastures new.

He’s probably spent most of the weekend lying in his room, his Arsenal duvet pulled up over his head, his Arsenal pillow propping him up, listening to break up songs.

And Carl Jenkinson shouldn’t be sad, even though we can understand why he would be. He’s had a chance to do something that all of us would give our right arm for. He played for the club he loves, pulled on that shirt, and regardless of anything else he always give us 100%.

The writing was probably on the wall after the decision to loan him out for a second season to West Ham. If you’re 17 or 18, then you’d say that’s a chance to go somewhere and develop, and while I’m sure the initial move was designed to give him a chance, things didn’t work out so well second time around.

The Hammers bought a right-back and last January he picked up a serious knee injury which he only came back from at the end of October. Even the best players can take some time to get going again after such a long period out, but he was thrust into action to replace Hector Bellerin and it’d be fair to say he struggled.

My suspicion is that had he not picked up that injury, we would have been open to letting him go in the summer. The time he spent sidelined simply delayed in the inevitable, and it wasn’t a decision made on the basis of the games he played this season.

It looks as if he’s going to Palace, although Sam Allardyce hinted at issues with personal terms despite accord between the two clubs:

While we appear to have an agreement with Arsenal, that agreement with the player hasn’t reached a conclusion, so that’s hanging in the balance, as we say.

It’s believed that the deal will be a permanent one, no loan leaving the door slightly open, so there’s probably a little more to sort out than if he were just going to until the end of the season. But it looks as if that’s that for Carl and his Arsenal adventure.

However, he can look back on it with some pride, I think. He was a hard-worker, willing to learn and develop, and let’s not forget he was generally more solid than not for us. He earned himself an England cap because of his performances, his commitment to the banter was exemplary, and he came across as an enthusiastic, likeable fella who, like others before him, didn’t quite have enough as a player to play out his career at Arsenal.

And just to be clear: most don’t even have enough to play a single game for us, Jenkinson made 62 appearances and fulfilled all our childhood dreams by banging one in wearing the famous shirt. Look at how happy he was:

So, good luck to you Carl Jenkinson, I hope you do well wherever it is you end up. And don’t be sad for what you’ve lost, be glad for what you had. Or something.

That said, with Mathieu Debuchy still hamstrung and wanting to leave, it presents us with a bit of an issue at right-back. On the other side the Monreal–Gibbs combo seems entirely natural, two actual left-backs who you can pretty much depend on.

That’s not the case, and it’s made a bit more difficult by the talent of Hector Bellerin. Recruitment becomes an issue because which right-back with any ambition or desire play every week is going to join a club with one of the best right backs in Europe? A right-back that’s only 21 and who is going to get better too.

There would be players willing to join and be a squad player, but is that a player you really want? I know Gabriel has done ok, but I’m really not a fan of playing central defenders there. Ultimately I think they struggle, and it definitely alters the dynamic of the team.

With Bellerin we know we have a ridiculously speedy outlet on the right, someone who can overlap and get back at top speed, but that’s not the case with Gabriel who has to be far more conservative when he plays there.

It’s something the manager will have find a longer-term solution for. Perhaps the selection of Ainsley Maitland-Niles there a couple of times this season is a sign that he’s going to repurpose the midfielder as a defender. It’d be very Arsene Wenger to take a player and redeploy him in a position he didn’t think he’d be playing. Ask a Mr L. Auren how that worked out for him when he joined the club as a midfield player.

Anyway, that’s surely an issue he’s aware of, and will be thinking about for the future. For now, let’s have some classic Jenks to see us out.