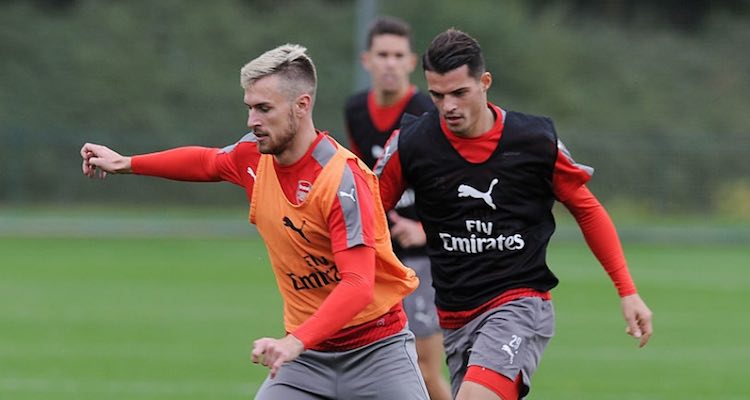 Morning, it’s very quiet as we don’t play until Sunday and we’re not firefighting after a disappointing result. It’s almost taken for granted that we should win, whereas anything less than that is analysed to death.

It’s normal, of course. There’s generally more to chew on after a draw or a defeat, but going back to something I was chatting with Tim Stillman about on last week’s Arsecast, the balance does seem to be way too far the other way.

Reasons why we don’t win

Reasons why we win

It’s not quite as clear cut as that, to be fair, and there is obviously a trend towards more detailed analysis of games. You can find charts, heat-maps, stats, xStats, spreadsheets, visual aids, and all manner of things which display the data from a game.

I do wonder if sometimes that data is used to confirm certain points of view rather than tell us anything new, but there’s no question there’s so much out there available to us to round-out what we’ve seen with our own eyes. I’ve said it before that the ready availability of stats – especially through the fantastic StatsZone app (iOS – Android) is a big help for someone who writes about football every day.

Using it teaches you that what you think you see isn’t always 100% accurate. It reminds you that there’s nuance to performances, and to properly judge you need to use both. I’m speaking personally, but to make an assessment without a combination of eyes and stats/data is becoming less and less frequent.

I definitely had a point here, and I know where I was going with this, but I can’t remember how I thought I was going to get there. Imagine this middle paragraph isn’t me simply thinking out loud, but making a cogent, easily understandable point that leads us to Aaron Ramsey.

Now, I know – there are some of you out there saying ‘Nooooo, not Ramsey’, as if he were some kind of monster. But I was thinking about the game against West Brom and Francis Coquelin, who I thought had a pretty decent game. 95% pass accuracy, with 43 of his 91 successful passes being made in their final third. Good numbers, but for all the good things he has about his game, you’d be hard pressed to convince anyone he’s got anything other than an occasional final ball in him. He certainly doesn’t have goals.

Ramsey, on the other hand, does. I know his form hasn’t been great at times, but I do think much of that is down to him being in and out of the side with injury, and the last time he had any kind of run we were a team that was struggling for any kind of collective form.

West Brom are not going to be the last side we face who play deep and try to frustrate us defensively. In those games a midfielder like Coquelin is probably redundant because of how much possession we’ll enjoy. Especially when you consider that he’s often asked to win the ball back high up the pitch by pressing, rather than sitting as an archetypal defensive shield.

It’s Xhaka that sits deepest and uses the ball from those areas. Adding Ramsey to the mix – a player with a real engine – would give us some of the qualities of Coquelin in terms of winning the ball, but far more craft in the final third as we look to pick holes in the opposition defence, a more difficult task that getting the ball back from a team that really doesn’t want it.

I’ve always thought that Wenger bought Xhaka to play with Ramsey. He tried to combine Ramsey and Wilshere, but it never quite clicked, and I think his idea was a midfield combo of the Swiss and Welsh internationals. A Midfield Swelsh, if you like.

I don’t think it’s going to be right for every game, but certainly for fixtures against teams whose ambition goes no further than a point, it’s worth a try. Maybe Sunday against Fat Sam’s Palace is where we’ll see it given a go.

Right, that’s that. James and I will be here with you later on with a festive Arsecast Extra. As ever if you have any questions or topics for discussion, please send to @gunnerblog and @arseblog with the hashtag #arsecastextra.

That’ll be ready for you around lunchtime. Until then.

* and when we lose a game with his midfield combo we can break out the RamXhackle headlines. Wheeee!