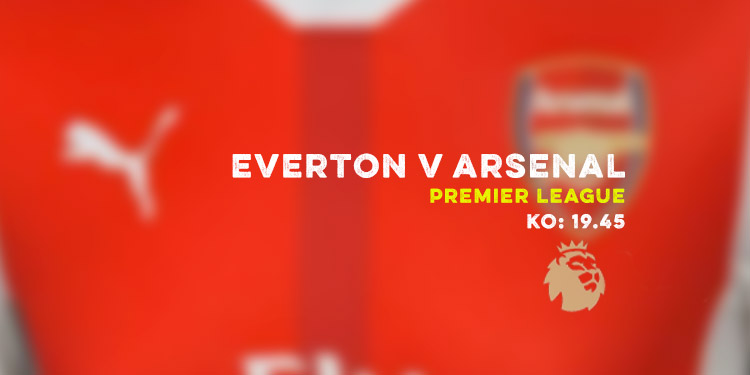 Morning all, a bit to get through ahead of a Premier League fixture against Everton this evening. And, of course, some reaction to that completely surprising and not at all predictable Champions League draw.

Let’s start with tonight’s trip to Goodison Park though, a difficult place to go and Everton will be looking to bounce back after what was a disappointing result for them at the weekend. Their form is poor going into this one, with just one win from their last eleven games. Whether that makes it a good time to play them remains to be seen, as those kind of runs have to come to an end at some point.

They have been struggling though, especially defensively, so hopefully we can take advantage of that later on. There’s not much in the way of team news, other than Shkodran Mustafi being absent, and the likelihood is that Gabriel will take his place alongside Laurent Koscielny. Aaron Ramsey remains sidelined, so I don’t see too many changes ahead of this one.

If there aren’t any hangovers from the Stoke game, I suspect we might see more or less the same team that won at the weekend. Bellerin should start at right back, but beyond that I think he’ll stick rather than twist, knowing he’s got fresh legs on the bench should he need them.

The midfield combination of Coquelin and Xhaka worked well, the two wide players contributed with a goal and an assist between them, and ahead of that using Ozil and Alexis goes without saying. When you consider we have the likes of Alex Iwobi, Lucas Perez and Olivier Giroud to call on to add something in the second half if required, we seem to be in pretty good shape.

It’s a very difficult ground. It’s a ground which has a soul and is full of history, and that certainly keeps us on alert. When you look at the teams around us, you can see that the margin of difference between the teams has shrunk a lot. So the way you respond in every single game is absolutely vital. It’s a very important period where everyone has to be absolutely focused on our results and on the way we want to play.

Ronald Koeman has a good head to head record against Arsene Wenger, but hopefully it’s that which comes to an end tonight and not Everton’s difficult period. We have a run of our own to maintain, of course, and with Chelsea playing tomorrow it’s a chance for us to go top of the league again if we take three points.

Meanwhile, the draw for the Champions League knock-out stages was made last night and no doubt everybody knows at this stage it’s Bayern Munich. Again.

It was exactly the draw I didn’t want. Not just from a difficulty point of view, but because we’ve played them so often it’s a bit boring now. And yes, not winning our ties against them plays into that. However, I feel like we’re better equipped to give them a good go this season, so I’m not freaking out about that side of it. It’s more the tedium of it all. A bit of variety would have been nice.

Still, it’s worth bearing in mind they’re far from unbeatable. We beat them 2-0 at the Emirates last year in the group stages, with goals from Olivier Giroud and Mesut Ozil. And in 2014, after losing the first leg at home 3-1 (divey Robben getting Szczesny sent off etc), we went to their place, won 2-0 and puts the shits up them. Had we scored again we would have gone through, while Bayern only won on away goals, and they resorted to keeping the ball down by our corner flag and wasting time in the final few minutes.

So, while it’s obviously going to be extremely difficult and they are an excellent side, I don’t think this is by any means a foregone conclusion. It would have been nice to get somebody different, but it is what it is, and we just have to get on with it.

Elsewhere some stuff from Arsene Wenger on the development of Alex Oxlade-Chamberlain and how he wants him to stay at the club. He’s one of the players who is heading towards the final year of his contract (full list here), and there’s no doubt he’s taken a step forward this season. At just 23 it would be a shame to see all that potential realised elsewhere after all the patience shown with a player whose career has been hindered greatly by injury.

He’s got Alex Iwobi to compete with this season, and the 20 year old is looking to reclaim his first team place, so perhaps that little bit of competition is bringing out the best in both of them.

Right, remember to join us later for live blog coverage of the game against Everton. For those of you stuck in work in different time zones, you can keep right up to date with live text commentary. Check back later for a post with all the info you need, or bookmark the live blog on your computer/phone etc, and updates will begin automatically.

Finally, if you haven’t had a chance to listen yet, the Arsecast Extra is here looking back at the Stoke win and includes live reaction to the Champions League draw which was made as we were recording. Listen below.