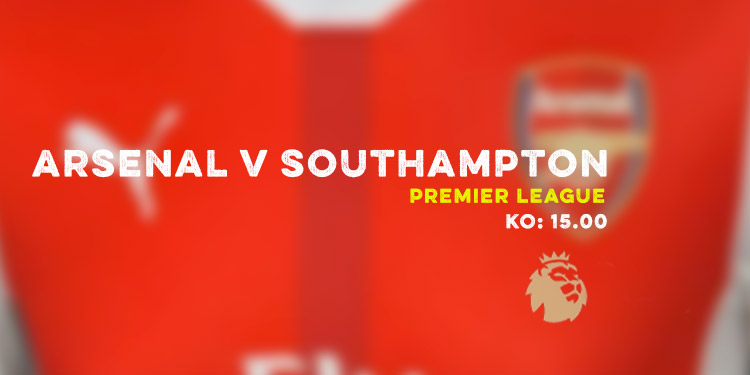 Football’s back after what seems like quite an age, and we face Southampton today at home. A nice traditional 3pm kick-of too, and hopefully we can pick up where we left off after our 3-1 win over Watford before the Interlull.

It will be interesting to see what the manager does with his team today. As I mentioned yesterday I’d expect Shkodran Mustafi to start alongside Laurent Koscielny in defence, meaning Rob Holding misses out. There’s plenty to choose from in midfield, while up front the return of Alex Iwobi gives us another option for the wide positions.

My suspicion is that Tuesday’s Champions League game away at PSG will have a bit of an impact on today’s team selection. Alexis Sanchez, for example, arrived back later than the rest after his international duties, so it might be a case that no chances are taken with his fitness and he could start from the bench. Up front we could recall Olivier Giroud or hand a full debut straight away to new boy Lucas Perez.

It seems that the manager has brought him in to give us another option in that central role, rather than playing him from the wide positions, as he explained yesterday:

I see him more centrally, especially that’s why I bought him. He’s a left-footed player who has good movement and good link play as well. He’s not only a goalscorer, he’s good in assists as well and because he has played on the flanks before, he can give a good cross. He has a short backlift and is very dangerous in the box.

With the way I like to play, that’s an interesting quality.

He’ll have had a good chance to look at him this week in training, and everyone likes a new striker debut, so that would add a bit of extra excitement if he got the nod today. In the wide areas there’s Walcott, Oxlade-Chamberlain, Iwobi to choose from, assuming he rests Alexis, and maybe the midfield he views as one that would be most effective against PSG on Tuesday might mean something a bit more functional today.

I do like the fact that we’re not quite sure who he’s going to pick and I guess the reason you build a squad that’s deep with options is so you can manage it throughout the season and give yourself the best chance to keep things fresh from game to game. The manager pretty much said this squad is complete now, and has challenged his ‘men’ to do the business:

I believe that we have the strength and the number that I wished and that we can compete now on all fronts. I would say it’s the most mature squad I’ve had for a long time, because they are men. It’s the first time for a long time that I’ve had a team of what you can call men ready to compete. After, we have to show that we are good enough to beat everybody else.

Perhaps there’s a little bit of him putting it up to them to perform, but he’s not making any excuses either. He’s invested heavily, he has the players he wants, but anyone can spend money I suppose – now he has to get them playing well and winning games on a consistent basis. Today’s a good time to start that.

Southampton are generally pretty tricky opposition, but have yet to win a game this season. Maybe it’s taking a little while to come to terms with the changes that come with a new manager, so if we can take advantage of that today then all the better for us.

We will have a live blog for this one, so feel free to join us later on. Check back later on for a post with all the details, or bookmark the default live blog page and updates will begin automatically.

In other news, the manager spoke at length about the decision to let Jack Wilshere join Bournemouth on loan. He seems adamant that this is not the first step to a parting of the ways, saying circumstances mean that Wilshere needs to stay fit and to play:

Let’s not forget that last year he didn’t play. He’s in a position where you need games. You cannot be out for two seasons and then want him to be at the top level. It’s important for him that he gets the number of games this season.

But he did sound a warning about how important it was for him to stay fit:

The challenge for Jack is to play the games.

He repeatedly called him ‘world class’ and said that Wilshere didn’t have to convince him of his talent as a player, knowing him as well as he does for so long. The key issue is very obviously his fitness and whether or not he can be fit and available for Bournemouth.

I’m not 100% sure what to make of his subsequent comments about seeing Wilshere as the Arsenal manager one day, perhaps a way of reiterating his connection to the club, but it’s now all down to him and what he does for Eddie Howe’s side. They play West Brom today, so let’s see if he gets picked first and foremost, and take it from there.

It’s a busy day in the Premier League too, kicking off with the Manchester derby. I enjoyed both managers trying to diplomatically play down any enmity beforehand, but as I said in the podcast yesterday, I hope this one kicks off in spectacularly entertaining style. Some good football would be fine, but some controversy, fireworks and leftover El Clásico histrionics as it plays out in a draw would be even better.

Right, that’s just about that. A reminder to check out this week’s podcast if you haven’t already. I chat with Stuart MacFarlane and Amy Lawrence about their new book, amongst other things, and you can win actual cash by playing one day Fantasy Football with Fanduel – sign up at fanduel.co.uk and use the promocode arseblog (UK only).

We’ll have all the match reports, stats, player ratings and post-match stuff over on Arseblog News later on too. Fingers crossed for a good result today.