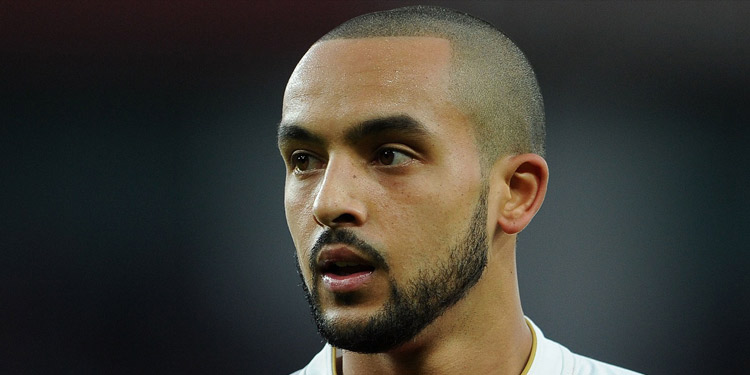 Morning all. I think it’s reasonable to speculate that this summer might be one where the transfer market is very busy indeed. The way this season has gone for some of the big clubs suggests they have a lot of work to do on their squads.

Incoming managers at Man City and Chelsea will want to make their mark on their new teams; we don’t know what’s going to happen at Man Utd but chances are they’ll spend either way; West Ham have moved into a lovely free stadium and sold all their season tickets; while we know that for Arsenal to be truly competitive this squad needs quality additions in almost every area of the pitch.

With all that lovely TV money sloshing about too, there’s going to be no shortage of spending, and I think we’re seeing agents twig that too, with stories about players and their futures commonplace. Look at Alex Oxlade-Chamberlain for example. He’s had a very disappointing season by what was expected of him, yet his contract situation means he’s ripe for the picking.

So far he’s been linked with Man City and Man Utd; he’s been ‘offered to West Ham’; and Southampton are, reportedly, keen to bring him back to St Mary’s with their captain admitting he’s even had a word to try and convince him to move to the south coast. Reported perks like being made vice-captain show their desire to tempt him away from Arsenal.

There’s speculation surrounding Alexis Sanchez with rumours of interest from Juventus, and like the Ox he’ll have two years on his current deal this summer. His recent unhappiness might well be genuine, but it’s also quite possible that his people are using that uncertainty to squeeze as much out of Arsenal when it comes to the contract negotiations that are ongoing.

Yesterday two papers went big on Theo Walcott leaving the club this summer for the aforementioned West Ham. Regardless of what you think about The Sun and the Mail, the fact they both ran it suggests this is a story fed to them from someone. It might be the Hammers, keen to make a statement as they move into their lovely free stadium on which they’ll pay rent of about £15 a week, or perhaps even Walcott’s camp who do have plenty of previous in that regard.

It would be no surprise to me if he was considering his future, nor if Arsenal were willing to let him go. He’s struggled this season for any kind of consistent form. The decision to use him as a central striker paid off in the early part of the season and his performances against Leicester away and Man Utd at home were hugely positive. He just wasn’t able to maintain that level though, and as the season has progressed he’s played less and less.

It’s reminiscent of the 2014/15 season when, after returning from that cruciate knee injury, he was benched after the game 2-1 defeat at White Hart Lane, punished for not doing his defensive duty, and almost deemed surplus to requirements by the manager. He hardly started a game until an Olivier Giroud goal drought forced the managers hand, he came in to score a great hat-trick against West Brom and a fantastic FA Cup final opener.

He’s been back on the bench this season too, and even when Giroud went from January 13th to May 8th without a Premier League goal, Arsene Wenger still didn’t start him up front. He has 4 goals in his last 32 Arsenal appearances, and it certainly looks like he’s not a player who has the full trust of his manager who has chosen to use 19 year Alex Iwobi in his stead for the last few months.

Which isn’t to say there aren’t moments when he is dangerous and effective, but those moments are fewer and farther between these days. He had a great chance to score on Sunday against Man City, but poked it wide, and the moment that will define this season is his leap out of the way of Younes Kaboul at Sunderland. Was that self preservation ahead of this summer? Some suggested he was saving himself for the Euros, maybe he didn’t want to scupper his chances of a move away.

Wenger only plays him wide when he has no other option, and seems hugely reluctant to start him up front. Sometimes it goes stale for a player at a particular club, and it really feels like that’s the case with Walcott and Arsenal. He may go somewhere else, regain his confidence and thrive, but that’s a risk you take when you transfer any player. If we do sell, and bring in somebody who can provide some of what he does, in terms of pace and goal threat, but on a more consistent basis, then it seems like the best thing to do for all concerned.

I have my suspicions that a wide forward is high on the manager’s shopping list this summer, and if that is the case, then Walcott’s departure may well be a consequence of that. I guess time will tell soon enough.

Meanwhile, whispers suggest bad news for Danny Welbeck with regards to his knee injury. We’ll have to wait for official confirmation but it seems like his chances of being fit for the European Championships are beyond slim, and it may be a problem that keeps him out until well into next season. That, of course, would be something that has an effect on what we have to do this summer, because the knock-on effects of being without one of your forward line are obvious, we saw that this season too. Fingers crossed for him, but it’s not looking good.

Right, just a reminder that James and I are doing an Arsecast Extra every day this week. You can find yesterday’s here, or all the archives on our Acast page here. As ever, if you have questions or topics for discussion, send on Twitter to @gunnerblog and @arseblog with the hashtag #arsecastextra.

Today we’re going to be looking at some of the best bits of the season, for Arsenal and in the Premier League/football in general, so your thoughts on those are also very welcome.

Podcast will be up mid-morning, until then.