Morning all, it’s a bank holiday and for those of you who expect an Arsecast Extra this morning, I’m afraid I have some bad news.

Without wanting to point the finger of blame at anyone in particular, one of this recording duo was doing a comedy festival in Wales this weekend. While they do have the Internet there, one of us – again I’m not saying which one because that would be wrong – didn’t bring his microphone.

So, one half of your intrepid podcasting team is ready to go, sitting in his studio in Dublin, while the other unnamed one is not. Because he is in Wales, in a small village called LLLLLLLLLLLLLLLLLLLLLLLLL (who, funnily enough, are also the new sponsors of Aston Villa).

The anonymous, forgetful half will be returning to his North London home later today, so there’s the possibility we might record later on. If not, it will have to be tomorrow morning. But look, we share responsibility, this is a collective effort. We record as a team, and we don’t record as a team. Nevertheless, we can only accept the opinion of those who hold up their banners that say ‘TIME FOR ARSECAST – JAMES IS FORGETFUL – RECORD NOW TWATBASKETS’.

It is a bank holiday. I’ve mentioned that already. I’ve got to thinking about Olivier Giroud a bit. I know he’s frustrating at the moment, and just so I can be very clear about this from the start: I would really like us to buy a striker this summer. It’s important to leave no doubt in people’s minds, because you say one thing and some people leap to rather illogical conclusions.

So I might say: “It’s not going very well for Olivier Giroud at the moment, eh? He really is struggling with his form.”

And someone might reply, “Oh, so you’re saying we should keep him as our main striker then?! Can’t you see he’s terrible at football? You Giroud apologists make me sick. That’s why we never win anything.”

Which, of course, is not what I’m saying. We saw it at the weekend too when it came to the protests. 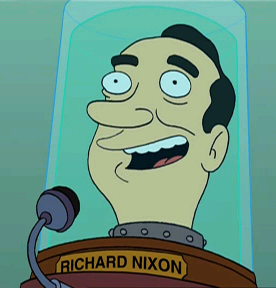 “I won’t protest against Arsene Wenger,” is taken to mean, “I want Arsene Wenger to remain as manager. Forever in fact. Even when he’s dead, let’s get his head into one of those Futurama things like Nixon is in and let him take charge of the team from a plinth on the side of the pitch.”

But anyway, back to Giroud. And I was thinking about him lying on the ground. That happened to him a couple of times on Saturday against Norwich. Both times in the second half. One time he had a defender behind him and he kinda lost control of the ball and went tumbling and then picked himself up and looked a bit sheepish because I think he was trying to win a penalty.

The second time was late in the game where he got the ball deep in their half, and a confident, assured Giroud would normally shield the ball and play a pass to a supporting teammate. This time he wobbled left, wobbled right, and then fell over. His reaction this time was to smack the ground with frustration.

“Stupid ground. How could you do this to me? We’ve been friends for ages. And now, you trip me up in front of all these people. A pox on you!”

He’s now approaching record levels of ineffectiveness in terms of goalscoring. He has had a few assists to his name, and his nod down for Danny Welbeck on Saturday was clearly a very important contribution, but people judge strikers on how many goals they score and for Giroud that total is zero in last 9 games, and 2 in his last 21.

I suppose what’s interesting is that with 20 overall, he remains our leading goal scorer this season, which does say something about him and the supporting cast. And I was thinking about his relationship with the ground. Back in August, at Selhurst Park, he ended up lying on it but in a much more productive way than he did against Norwich.

A Mesut Ozil cross from the left came his way, he leapt into the air like a salmon. A salmon that winked at the bear that was waiting to eat it as he flew past. ‘I’m not your lunch,’ the salmon would have said if salmons could talk and if bears could understand salmon but they don’t so he didn’t even try. He swivelled, his brought his big salmony boot over the ball and cracked in a fantastic shot to give us the lead against Crystal Palace.

I don’t suppose it’s the wisest thing to do to cup your ear to them after you set up a goal. I mean, I get it. Players are human, he’s a man at a very low ebb professionally and he’s undoubtedly heard some of the stick he’s been given. Who amongst us could say for sure that they wouldn’t feel like reacting a little in similar circumstances? Still, it doesn’t help.

The only answer is to play better. He’s been given the chance to do so by the manager, selecting him ahead of Welbeck for the last three games, and while his performances have more or less been on a level with the team’s overall displays, he looks like a broken man. One that needs to be taken out of the firing line a bit, because he has become something of a lightning rod – his poor period dovetailing so completely with that of the team.

I suspect that if the right striker is available this summer, Giroud might be one of those made available for departure. He could end up leaving the club as the top scorer for the season with a perfectly serviceable 20 goals, but also with a touch of ignominy after such a dreadful spell of form. Which is a bit of a shame, because he’s clearly not a bad guy, just one who has suffered from being something he’s not. They wanted a Ferrari, they got a Volvo – it’s good but it’s boxy.

There’s an old Irish saying that sums this up very well – “When you end up on the ground get up again and give the ground a good boot up its arse and remind the world you’re a fish.”

Hopefully Giroud will take heed of that.

As I said, I’ll update on Arsecast Extra recording over on Twitter @arseblog at some point today. Enjoy the rest of your bank holiday.