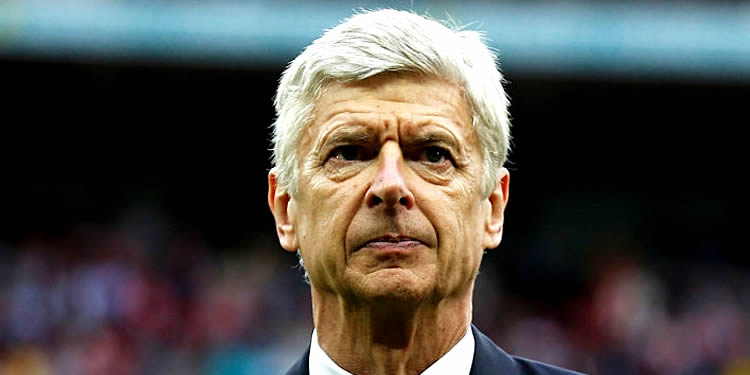 Welcome back to work all those of you who have had an extra-long long weekend. You’re one of us again. Don’t worry, the misery will ease in time. A few years from now and you’ll have forgotten all about it.

We’re approaching the hump of this Interlull. There are friendlies tonight and after that the players return and we have the final part of the season uninterrupted. I’m not 100% sure who’s going to be in action tonight.

England play the Netherlands later, and maybe Danny Welbeck will be involved at some point but hopefully not. He ended the game against Germany with a precautionary ice-pack on his knee, and Roy Hodgson knows well enough what he’s capable of at this point. There’s no real need to risk him. Theo Walcott is in the squad but whether he plays or not is another thing.

Elsewhere, Arsene Wenger has given an interview to beIN Sport to say that there’s no doubt in his mind that he’ll be the Arsenal manager next season. Quite why this would be in any way surprising to anyone is beyond me. Even the most staunch critics of him, and those who would like a change the most, must understand the man well enough to know that he’s not somebody who would quit or walk away. And that there’s no appetite at board level for a different man to take charge.

He has a year left on his contract, and as far as he’s concerned he’ll see out that year (at least). When asked if he felt there was any doubt about his future, he said:

I have no doubt because I am committed. When I do something, I do it 100 per cent. I’m always committed to give my best as long as I am at the club.

What is the most important is that I give my best every day, I work for the club I love and if I can share that love with the supporters it’s even better. At the end of the day I want to make sure that I give my best and that I put my knowledge at the disposal of the team.

In the interview he speaks more than once about the importance of doing his best:

I believe in life you should focus on what you’re appointed for and I’m appointed to perform and do the best for my club. That’s all I focus on. My future is my future, I don’t master that more than you.

Except, more than any other football manager out there, Arsene Wenger probably is the master of his own future. The job he’s held for so long and the structures in place mean that his position goes way beyond simply being manager of the team, and I’ve spoken before about how embedded he is to the football fabric of the club.

The other thing is that transfer market inaction aside, and that’s something Wenger would justify in various ways – not necessarily ones I’d agree with, by the way – the questions are not about how much work he does or his commitment to doing his best, but the quality of that work. Has it been enough for us to win the league or make progress in Europe?

The answer to that question is apparent from what happened in the Champions League this season – the sixth successive exit at the Round of 16 – and in the Premier League table as it stands right now (possible miracles aside etc etc).

Yet the idea that a new man might be in charge next season was always fanciful. He’s not going to walk away, the club aren’t going to fire him. That’s the Arsenal reality, regardless of how loud and vociferously some people shout.

The worries that next season might be more of the same are understandable, but there are things he can do to restore some faith in the potential of the team. We’re talking about spending money this summer on players who can really improve the side; showing some ruthlessness when it comes to those who have underperformed, or perhaps reached plateaus in their careers which mean they contribute to that sameness; and minimising as much as possible the amount we miss players who spend significant parts of each season absent through injury.

Those are things we won’t be able to judge until next August, at the earliest, and until then we’ve got eight games left in the Premier League this season. Let’s hope the team can use that Everton game to find some form between now and then, and the mood amongst fans is improved because of that. More than anything it will come down to what they do on the pitch.

After that, any desire to see a change of manager is a bit like pissing in the wind – and I’m sure that contributes to the frustration for some people.

Some interesting reading here from Tom Goom who reports from Arsenal’s Sports and Medicine Conference with input from Shad Forsythe and others.

Right, just a reminder to check out yesterday’s Interlull-tastic Arsecast Extra. James and I chat about all kinds of things like Mesut Ozil’s recent comments, getting married on ships, Jack Wilshere’s chance of making the European Championships, why the Arsenal fish are finding it tough going against land animals, and lots more.

Subscribe on iTunes, listen via Acast, or ffind it on site here where you can stream or download directly.