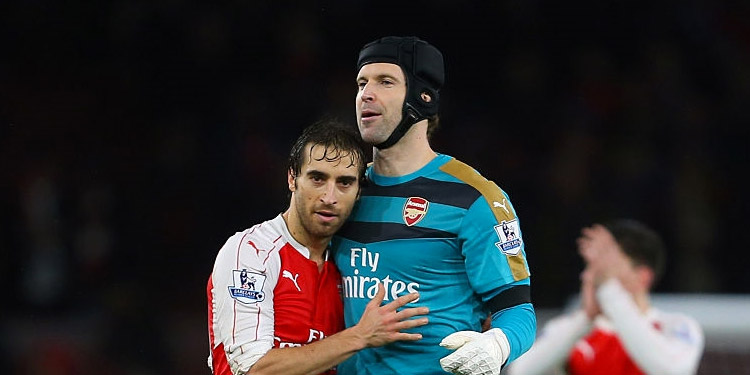 It’s often said that the ability to win when playing poorly is a sign of champions. I’m not entirely convinced by that, playing poorly and winning can be as much down to luck as anything else, but when you’re on the right side of a result like that after a performance that left a lot to be desired, it’s comforting to look at it as a positive.

It would be fair to say that we played poorly, but also fair to say that Newcastle, finishing aside, played pretty well. I remember remarking a couple of weeks ago during the Villa game that if they’d had any kind of decent finisher they might have taken some points off us, and that was very much the case again yesterday.

In the second half in particular Newcastle squandered a couple of really great chances, heading over the bar as we failed to prevent, and then defend, crosses from our left hand side. I think there were at least three in that 45 minute period that they really should have done better with, and we also had Petr Cech to thank for some outstanding goalkeeping.

This save in particular was absolutely massive in the context of the game and it’s little wonder that afterwards Arsene Wenger was full of praise for his only signing of the season:

If Cech goes on like that he will add a few more clean sheets to his record because he has shown he is real top, top class. When you achieve a record sometimes in the next game you relax a little bit and to not lose concentration and to still turn up with two quality saves in the first half and second half was huge for us.

So, the playing badly and winning thing is a positive, but the defending poorly and allowing so many chances is a worry. It’s not the first time we’ve ridden our luck a bit recently, and I suspect this is a consequence of a midfield that is less secure defensively in the absence of Francis Coquelin. I don’t think there can be any complaints about the amount of work and effort that Ramsey and Flamini do, but neither are as naturally defensive minded as Coquelin and it’s hard not to think it’s having an effect on the chances we’re allowing during games.

What has been a boon since his absence is the fact that we’ve more or less made up for it by being a bit more potent up front, but yesterday we really struggled to click from an attacking point of view. The full backs didn’t deliver; Ozil was quiet and looking a bit jaded (even if he did create 4 chances); neither Oxlade-Chamberlain or Walcott did much at all; and Giroud was probably our most threatening player which says much about our collective performance because he too looks like a man feeling the weight of so many consecutive games.

The goal came from Laurent Koscielny, who loves to score against Newcastle, and the fact that we’re more dangerous from set-pieces this season is clearly a good thing. When you struggle as an attacking force, having the ability to get a goal from a corner or free kick adds another dimension to your game. It was scrappy, but they all count.

There was a fantastic chance for Aaron Ramsey late on to make the game safe. Having turned their defenders inside out to leave him with just the keeper to beat, I can understand why he had a shot from the position he was in, but if you’re going to ignore two guys with a tap-in just outside you, you have to score it. The furious reaction from Joel Campbell as the ball went wide was completely understandable, and perhaps Ramsey needs to read a page or two from The Book of Ozil, because a little more selflessness there would probably have been the right thing.

However, it didn’t prove to be costly, even if I was somewhat alarmed at our desire to try and get goals in injury time rather than see the game out in a more cynical way. I was actually expecting more time added on due to the time-wasting Newcastle engaged in throughout the game, but we hung on, took the three points, meaning a genuine lead at the top of the table after Leicester could only draw a game in which they missed a penalty.

It was hard work but we prepared ourselves mentally to work hard and to earn the right to win the hard way. We won, we were not at our best today and we know that. We had to dig deep.

Our legs were heavy today, I must say. Overall we were tested against a team with a lot of technical quality and our fluency was not there and our movement was not there. Our motto was try to stick together and win the game how we can. The mental aspect of our team and our defence mentality was tested today rather than our quality going forward.

Overall, a fantastic three points. Not ones that came without some concerns, but I’m much more comfortable trying to address those after a win, rather than having to regroup after lost points. The games look to be catching up to us a bit, and while there’s been some rotation, it’s been more or less the same squad for 6 weeks now, and some of those players on the bench are essentially make-weights in the absence of more established players.

We have a week until an FA Cup tie in which the manager might want to rest a couple of those who are feeling the effects, then a trip to Anfield in the Premier League. In terms of boosting the squad before then, the manager said he is after new players, but nothing is close to being done just yet:

We have not signed anybody and we are not imminently in a position where we can say we have signed somebody. We are out there to get someone but at the moment we haven’t signed anybody.

Ideally, I would like first our injuries to come back. After that, I think at least one [new signing].

So, we’ll wait and see what happens over the course of the next week. We all know midfield is the most serious issue, but perhaps yesterday also illustrated why, if we could find someone to bring into the attacking positions, that kind of signing might well be a big boost for this team and its title chances.

Anyway, that’s all to come. The title race is well and truly on, Man City coming from behind to beat Watford late yesterday means they’re just 3 points behind us, and our upcoming schedule is going to be hugely testing. Winning, however you do it, is a good habit, and one that we can hopefully keep up in our next game.