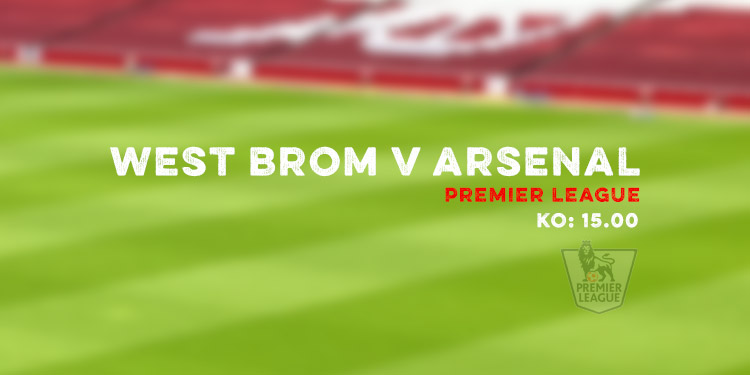 So, we’re back in the saddle today with an away trip to West Brom. It’s never easy playing a Tony Pulis side, as we know, but generally our record against him is very good. We’ve won 9 of the 14 games we’ve ever played against sides managed by him, and hopefully we can get ourselves into double figures today.

The team news is not much different from what we already know. Hector Bellerin is sure to come back in at right-back, and I’d be very surprised if we didn’t see Laurent Koscielny start the game. The absence of Aaron Ramsey and Alex Oxlade-Chamberlain should mean another start for Joel Campbell on the right hand side, while Alexis will return from international duty and be asked to try and find some form again.

He goes into this one with the manager admitting he’s going to have to give him a break at some point, but because of injuries he just can’t do it at the moment:

I am worried because before he went away with Chile he was a bit jaded. But if I ask him ‘are you tired?’ you can guess the answer.

At some point I will give him a break. At the moment I am a bit short because there’s no Chamberlain, no Ramsey, no Walcott, no Wilshere, no Welbeck. There are not many offensive positions where I can rotate.

And that really is the heart of the matter. I suppose the fact that Alexis isn’t one of those players who will feel in any way put out by being asked to do the thing he loves is a positive. ‘Play more football? Don’t mind if I do!’, but much as we might like to think so, he’s not a machine and even if he were he’s such a special one spare parts would be hard to find. I realise that makes no sense, but you know what I mean.

In midfield we’ll be looking for more from Santi Cazorla who had such a torrid time against Sp*rs due to illness. His international break has been relatively quiet, with just one game, and when you consider he’ll be alongside Francis Coquelin, who also had a quiet Interlull as he remains uncapped for France, that should be a bonus. Other players like Per Mertesacker, Nacho Monreal and Mesut Ozil had some ‘free’ time too rather than travelling and playing, so hopefully those fresh legs can help make the difference.

West Brom are firmly ensconced in mid-table, but they don’t concede too many goals, and the manager is warning his players not to pay too much attention to league position:

I would even say that you don’t even look at the table any more because you know what you get. The difference between the teams has narrowed and today it is more about how much can you be close to your best which will decide the result, more than the team you play against.

You expect what you always expect in the Premier League – a committed, physical, fast game and a game where we cannot afford to make any mistakes.

This is not a game where we want to pick up where we left off before the Interlull. The two games going into that were the defeat in Munich and a lacklustre display in the North London derby. Hopefully what we’ll see today is something a bit more like the away days at Swansea and Watford where we withstood some first half pressure, but turned the screw in the second period to take all three points.

A lot will depend on how much we’ve got in our legs today. Some key figures, Ozil in particular, should come into this one well rested and with a bit of zip, so they should be able to offset any fatigue felt by those whose workload has been a bit heavier. Let’s hope so anyway.

Not a lot else happening other than a ‘little setback’ for Alex Oxlade-Chamberlain means he won’t be available until Norwich next weekend, all things going well. You may now insert your own sarcastic joke here about the Ox being out for infinity+1. Aaron Ramsey should be ok for the midweek game against Dinamo Zagreb, perhaps that might afford the manager the chance to rest Alexis, but my suspicion is he’d be more inclined to give him some time off at the end of a match that’s hopefully already won, rather than from the start.

If you need something to help pass the time between now and kick off, you can catch yesterday’s Arsecast with Philippe Auclair here or here – or by subscribing in iTunes. There’s a lengthy chat about Arsene Wenger’s recent comments about doping in football which really is a must listen, plus it’s a podcast chock-full of prizes for you to win. So get that into you.

Otherwise, I’ll leave with a reminder that we’ll have live blog coverage of the game as always. If you can’t see it, if you’re out and about, just load it up on your mobile and you can get up to the second live text commentary. If you want to join in the chat, check back later for a post with all the details, or just bookmark our default live blog page and updates begin automatically.

Right, fingers crossed for the three points later, I’ll catch you for the game.