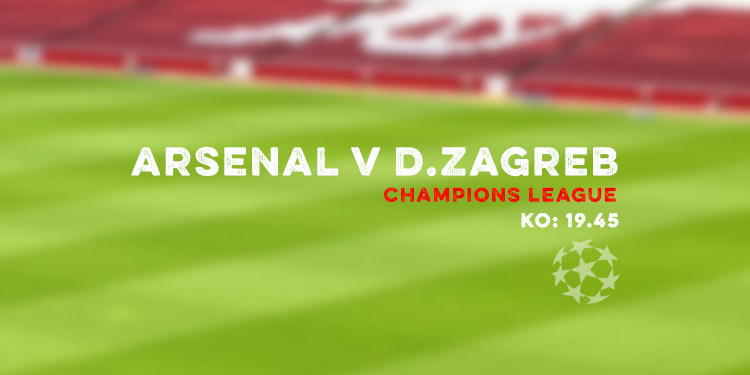 Champions League action this evening as we look to bounce back from three rather disappointing results in a row. The loss to West Brom was preceded by a draw with Sp*rs and that mauling in Munich, so it’s about time we got ourselves going again.

A home game against opposition like Dinamo Zagreb would typically be a good way of doing that, but we have to bear in mind this is a team that has already beaten us, and we’re a little distracted worrying about our Coq and all that.

The only good bit of team news is that Aaron Ramsey returns from his hamstring injury and should probably come straight back into the team. Whether that’s on the right hand side, or back into the centre – which he prefers – in the absence of Coquelin remains to be seen. My feeling at this early stage is that given the news of the Frenchman’s absence – set to be ‘at least two months’, according to the manager yesterday – it would make for a difficult situation if Ramsey can’t work his way back into his preferred position in some way.

He’s willing and able to play a role for us on the right hand side, but acceptance of that will, to some extent, be based on the acknowledgement that Coquelin and Cazorla have formed an effective partnership in there. I wonder if he might be less inclined to stay out wide if it’s Flamini or Calum Chambers, mooted as a possible by the manager, to sit in that deep role.

It feels a little as if the return of Oxlade-Chamberlain, due back to Norwich on Saturday, may have a big part to play in what’s going to be a new Arsenal dynamic. There’s no avoiding it. In basic terms we can swap Coquelin for Flamini, but I don’t know if that’s something that can work in the same way.

He’s obviously got plenty of experience and he’s not the clown he’s made out to be in some circles, but CazCoq seemed to have just the right blend to make an unlikely partnership work, enough of the time anyway. Then again, not a single person this time last year could have predicted that Coquelin would do what he did, so perhaps our solution will come from somewhere we least expect it.

However, in the medium-term, given that the very earliest we can bring in a new player is January, I think a central midfield with Ramsey in it, and Oxlade-Chamberlain on the right hand side for a sustained run in the side (assuming both can stay fit), is probably what we’re going to see. Maybe tonight we’ll get a Flamini for Coquelin selection, after that we’ll have to wait and see.

On Coquelin, he was due to have a scan yesterday with the manager saying they’d know the results in the afternoon. Since then there’s been absolute silence so I’m half-expecting one of these at some point today, but let’s keep fingers crossed.

As for tonight’s game, we still have a chance to qualify for the knock-out stages of the Champions League and we have to go for it. It’s out of our hands, of course. Even a win tonight would mean nothing if Olympiacos get something from their game against Bayern, but it does represent a good chance to get a win under our belts for the first time since October 31st.

Clearly, beyond the Coquelin situation and what he might do there, there isn’t much scope for the manager to rotate his side. Perhaps a run out for Gabriel, or something left-field like playing Mathieu Debuchy and pushing Hector Bellerin forward on the right hand side. We have one striker, one playmaker, and one human dynamo who doesn’t mind where you play him, but you’d like to think that in a game at home that we have to win we’re not starting our second choice left-back as part of the front three.

It feels like we need a performance and a result tonight to help lift the spirits a bit. It’s all gone a bit gloomy despite the fact we’re only 2 points off the top of the Premier League table, and that’s understandable when you look at the last couple of games, and take into account the loss of a player who has become crucial, but whose presence also feels a bit providential at times.

A good showing tonight would, perhaps, help dispel some of the fears that without Coquelin we’ll never win another game again. Ultimately we have to find a solution with the players we have, and if we could do that as soon as possible then it will help in less taxing fixtures to come before we go into a run where we have to face some of the big boys.

Elsewhere, the manager has once more hit out at the doping rules of FIFA. As you would expect, having had a player caught and banned for four years, the Dinamo manager has bitten back but in the end it feels more and more like Wenger is ploughing a lonely furrow here. I was surprised that last weekend the question of doping wasn’t put to more Premier League managers to see if there was any support.

What is typical, I guess, is that after speaking out about the problem as he sees it, and being critical of the current regulations, the response from UEFA was to send a ten man team to Arsenal last Friday to carry out a doping control on our players. Read into that what you will.

If you haven’t yet had a chance to listen to this week’s Arsecast Extra you can do so here, here or by subscribing on iTunes. James and I discuss the Coquelin situation, potential solutions, and lots more, so get that into your ears.

As always we’ll have a live blog for the game tonight, catch you for kick-off.