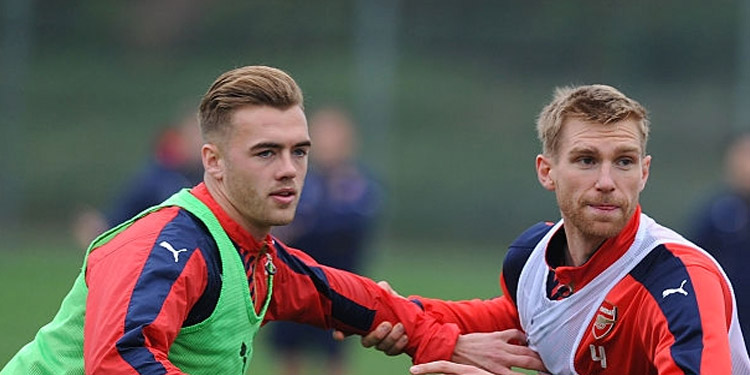 There’s Capital One Cup action tonight as we travel to Hillsborough to face Sheffield Wednesday.

After the efforts of the last few weeks we’re going to see some changes tonight for sure. Petr Cech will play in goal, as confirmed by the manager yesterday, because David Ospina is injured and he obviously doesn’t feel Matt Macey is ready to start. It does seem like the perfect opportunity to give him a chance, but then he sees him every day on the training ground and is better place to assess his readiness than I am.

With Per Mertesacker back from illness, we’ll probably see the entire back four change with Mathieu Debuchy and Kieran Gibbs given starts at full-back, and Calum Chambers in at centre-half alongside the German.

Mathieu Flamini should come into midfield to play that more defensive role, but the manager may have to dip into the youth team, or play a more senior player, to pack out the rest of it. Alex Oxlade-Chamberlain should play, so too Joel Campbell, and maybe Theo Walcott up front, but this is the area where we might see a surprise or two.

I’m all for keeping our momentum going but this is a game where we have to trust in the depth of the squad, and not risk injuries that might have a significant effect on what we’re doing in the Premier League so far this season.

The manager has singled out a couple of players tonight who might well use this game to stake a claim for further first team action. The first of them, Calum Chambers, and Wenger believes his ability to play in different positions will benefit him in the future:

That versatility will help him because he will tactically know more about the game, he will be technically better prepared and physically he will be at the top, top level. I’m confident that Calum will be a successful England player.

At the moment he’s our 4th choice central-defender, and back-up for the right-back back-up, but then not every player’s career trajectory is like that of Hector Bellerin. There’s a lot of learning to do for young defenders, and it can be difficult, but as I said here a few weeks back though, Chambers is almost unique in recent times as a young centre-half who has players who can genuinely mentor him.

I’m sure Mertesacker and Koscielny help during games and in training sessions, and you surely can’t look at Gabriel and not take a bit from the way he plays the game. Games like tonight are the opportunities for him to really make some progress, so fingers crossed he can do that.

Then there’s Joel Campbell. It’s funny because if you ever read what Arsene Wenger says about him, you’d think he’s someone who would be bashing down the doors of the first team. The reality, however, is quite different. Ahead of tonight, the manager said:

I like Joel Campbell very much for two reasons. One is that he has outstanding individual quality, but he is also a team player. He works very hard for the team. I’m convinced he will get a chance here and that he will take it. He has another opportunity against Sheffield Wednesday and I’m hopeful that he will show that he has the quality to play for Arsenal.

I think you have to look more at what a manager does than what he says. Last season he spoke highly of the Costa Rican, but rarely played him before shipping him off on yet another loan – this time to Villarreal. This season he hasn’t even played 100 minutes of football for us, and as the only forward on the bench at home to Olympiacos, he was chucked on in the 86th minute despite the fact we needed a goal to equalise from the 66th minute onwards.

So, there’s more than a hint that AW’s praise ahead of tonight is primarily to boost his confidence in a game in which he more or less has to start. If he can play well, and get his first ever Arsenal goal, then that would be fantastic for him and for us, but he’s really got to make a huge jump in his contribution to stand any chance of having an Arsenal career. While I remain doubtful he can do that, there have been one or two situations recently that remind us you can never say never. Well, almost never.

Sheffield Wednesday are currently 9th in the Championship, so we are going to have to take this one seriously. Let’s hope the men called up to remind the manager of what they’re capable of do that, rather than reinforce the fact they’re currently providing depth to the more obvious first team choices.

Elsewhere, some nice stuff on Mikel Arteta from Arsene Wenger, who talks about his influence, even if he’s not playing:

He is super conscientious, and every morning two hours before training he prepares and that is absolutely right. Just through his behaviour, his focus on getting everything right in the team, he has a huge influence. He has great experience and is respected throughout the squad.

There was an interesting picture of Arteta after the Bayern game, standing with compatriot Pep Guardiola. He began his career at Barcelona, of course, and they have produced some fine students of the game. Wenger is hopeful that Arteta will move into coaching, and he’s already done some work with our U16s, so it seems apparent that’s what he’s into.

I know I’ve said it before, but it bears repeating: given the state the squad was in when he joined, Arteta – along with Per Mertesacker, has been one of the most important signings of recent years. At 33 he’s in the autumn of his playing career, for sure, but he helped steady a very wobbly ship, and even for that alone he deserves a lot of respect.

Right, we’ll have a live blog for you later on, feel free to join us and chat with fellow Gooners while the game is on. More details closer to kick off, or simply bookmark the default live blog page.

And there’s still time to listen to this week’s Arsecast Extra, an episode which has provoked more reaction than any other in the 90 that James and I have recorded. Have at it.