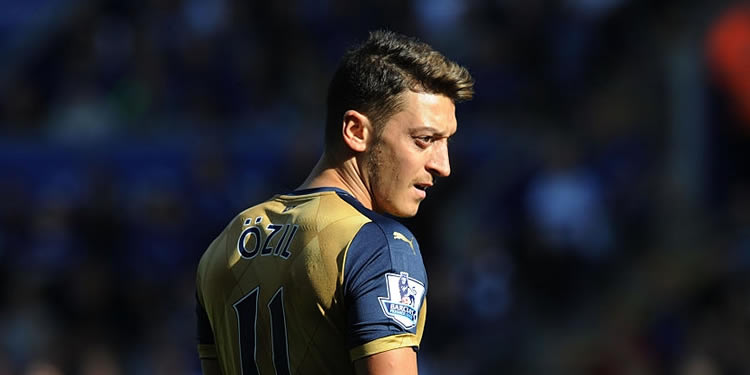 Morning all. I’m guessing everyone’s exhausted after staying up really late to watch the Super Blood Moon. Not me though. As impressive a sight as it surely was, the easiest way to experience all the enjoyment of a big red moon is to get a photo of the moon and colour it in using a graphics programme of some kind. Like this:

No, I didn’t go outside the lines. That’s call glow or effervescence or something. The great thing about this method is that you can make the moon any colour you like and you’re not restricted by the awful limitations of nature. Nature, pffff. What has nature ever done for us? Can’t play DM that’s for sure.

Just a reminder: in tomorrow’s blog why looking at pictures of places is far better than actually going there.

So, a decent weekend for us all in all. There’s all the loveliness of an Alexis hat-trick, Chelsea hilariously dropped more points, and a performance overall that suggests things might have begun to click. The result aside, I thought some of the stuff we played at Leicester was fantastic. There was a gorgeous move in the second half with a sequence of one-touch passes that culminated in Walcott curling a shot wide, but it was a sign of things coming together at the attacking end of the pitch.

Last week I wrote about how in fixtures like this we need the big players, Alexis Sanchez and Mesut Ozil, to really take hold of the game, and there’s no doubt that was the case on Saturday. The Chilean’s three goals were obvious evidence of that, but the German’s performance was just as important to my mind.

The touch to send Bellerin through which led to the second; the quite beautiful sand-wedge onto the head of Alexis for the third goal; the 7 chances he created throughout the 90 minutes; and a willingness to shoot which hasn’t often been the case. There was one he hit with his right foot that looked like it was heading towards the top corner before it deflected away, and the late chance set up by Oxlade-Chamberlain which the keeper saved well.

Arsene Wenger spoke about his inability to get on the scoresheet afterwards:

The little frustration I have today is that he could not score a goal from the chance he had. He is really upset because he know he needs a goal as well but the ball he gave to Alexis as fantastic.

While I understand that frustration to an extent, and I do think he’s capable of scoring more often than he does, it shouldn’t really become a thing as long as he influences games the way he did against Leicester. When you try and judge a striker’s contribution, the amount of goals they score is obviously a hugely important metric. That’s the key part of their job, they’re in the team to get goals.

Sometimes when they don’t it’s down to them. Chances go begging, lack of confidence can affect finishing, losses of form are not unusual. It’s somewhat different for a player like Mesut Ozil though. We have a rich tradition of goalscoring midfielders at Arsenal [A Flamtrition, if you like], and over the course of the season if we’re going to achieve what we want we will need Ramsey, Cazorla, Ozil, Oxlade-Chamberlain etc to chip in with their fair share.

But if a striker’s main job is to score, Ozil’s is to provide them with the chances to do that. That’s his principle role in the team. A forward who doesn’t get any service is always going to struggle, unless he’s one of those rare talents – and they are rare – who can create something out of nothing for himself.

Ozil should be the fulcrum for our attacking play, the man whose vision and ability to probe from different areas of the pitch makes him the creative hub (a good creative hub, and not somewhere a bunch of hyper-bearded techies cycle their fixed-speed bikes to drink coffee dripped through the Shroud of Turin before they ‘hot desk’ to work on Tiddlr, an app that tells you when’s the most productive time to urinate).

I think the goals will come for him, but hopefully it won’t be something that weighs him down in any way. His impact on Saturday was fantastic, and I’ve said here before that if he and Alexis can find some rhythm together then they’ll do bad things to opposition defences. As long as he’s the provider (he’s gotta face the streets tonight), then he’ll be doing the most important part of his job. Goals, when they come, will be a bonus.

Meanwhile, we do, of course, have midweek action to deal with this week. Olympiacos come to town tomorrow night, so there’ll be the challenge of that for the manager to deal with. After what happened in Zagreb it’s absolutely crucial to get three points at home, so it’ll be interesting to see how he changes his team around for this one. It can’t be Capital One Cup style rotation.

Two or three small changes to keep things fresh and to avoid any reaction to the game on Saturday, but no more than that. I know there’ll be half an eye on what’s coming up next weekend against Man United, but let’s win this one first, then worry about them. More on that game tomorrow.

For now that’s just about that. James and I will be recording the Arsecast Extra for you this morning. If you have any questions or topics for discussion, please send to us on Twitter @gunnerblog and @arseblog using the hashtag #arsecastextra. The podcast will be available for you before lunchtime, and remember if you want to join us for the Arsecast Extra LIIIIIVE next Monday evening, you can still get tickets here.

Right, more later on. Until then.