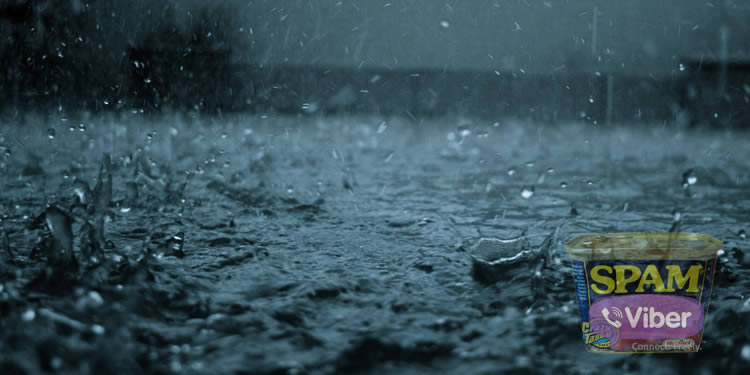 Good morning from a particularly miserable Dublin. I can’t quite remember ever making that deal with the devil to swap any sustained period of summer weather for Arsenal winning trophies again, but I must have. Ah well.

Yesterday I got called on Viber by some bloke who asked me “Is this the owner of the websites “Are-es-blog”, and when I said it was he sounded delighted and said he was from an affiliate company working for a large, well-known bookmaker.

“Because I don’t want to speak to cold callers.”

“This is NOT a cold call”, he insisted.

“But you called me out of the blue, and on Viber. That makes you a weirdo, and a cold caller.”

“Well,” he said, “If you don’t want to talk me that’s fine!”, the implication being that his sarcastic tone would make me reply, “Oh yeah? Well I do want to talk to you”.

Instead I hung up and uninstalled Viber. I’m all for apps which allow us to get in touch with each other more easily, but not ones that make it easy for spammers and weirdos to weasel their way into my ears. My advice, check your Viber, there would be weirdos out there. Or in there. Lurking. Biding their spammy time.

Anyway, time to start working on things ahead of the new season, making sure everything’s ready to go. After its summer break – and by summer break I mean monsoon drenchy torrent flood deluge cloudbusting break – the Arsecast returns this Friday.

I am considering a new system which would slightly increase the amount of sponsors on the Arsecast from the current level of none to an an outrageous ‘some’. As always the Arsecast will remain 100% free to listen to, to download to, to subscribe to, and so on, but there might be a short ad at the top and one in the middle somewhere but those things have yet to be worked out fully.

I’m also hoping that we can do a few more live Arsecasts/Arsecast Extras this season. The one we did in Union Chapel last year was great fun, and if possible we’d like to do that again, possibly not just in London, but we’ll see how it all goes. As for the rest, when the fun and games begin on Sunday we’ll have all the usual stuff like match reports, player ratings, reaction and the rest over on Arseblog News – and all going well we’ll have a couple of new features to introduce as the season goes on.

Meanwhile, in the real world, Chuba Akpom has joined Hull City on loan for the duration of the 2015/16 season. I wrote about how this was the best option for him last week – as much as you learn from being around top players, there’s only so far you can develop without actually playing. For all his potential, and with other loan spells at Nottingham Forest, Coventry and Brentford under his belt, he’s yet to score a senior goal.

By all accounts his spell at Forest at the end of last season was pretty underwhelming, so this is a chance for him to make a real step forward, playing for a team for whom promotion back to the Premier League is the target this season. Whether or not he can do enough to make it with us remains to be seen. There’s that weird duality between fans wanting a ‘world class’ signing like Benzema, but also to see a youngster who has come through the ranks being given chances in the side.

When you consider the last striker that came through the youth system to have any significant impact in the first team was a certain Kevin Campbell (who left the club in 1995), it shows you just how difficult it is to make that breakthrough. Anyway, good luck to him at Hull where he’ll play alongside fellow Gunner Isaac Hayden who went there on loan last week.

Elsewhere Santi Cazorla has echoed the comments made by Per Mertesacker, saying that Arsenal have to challenge for the title this season and learn from the mistakes of previous years. Speaking to Cope.es radio after the Community Shield, he said:

People are very excited to win this weekend at Chelsea, but the league is the most important and we have experience of losing matches you can’t lose if you want to win the league. We must learn from it.

The aim is to fight for the Premier League, but looking from Sunday to Sunday, not long-term.

One game at a time, right from the start of the season. And while there have been painful defeats in the last few years, last year’s title challenge (the one that never got started really) faltered because of too many draws, rather than defeats. That’s a problem that can be solved defensively, of course, but also with more goals. I think the stability at the back – with a new keeper – and more potency up front with Walcott and Oxlade-Chamberlain fit could help prevent that again. We shall see.

Some other interesting comments from Santi in there about the responsibility he feels in the team, especially with the role he performed last season in the middle. Whether we can draw too much from the way he was deployed against Chelsea I don’t know yet, but he’s going to be an important figure for us this season, no doubt about it.

Right, that’s your lot for this morning. I must away out into this damp morning, catch you later.