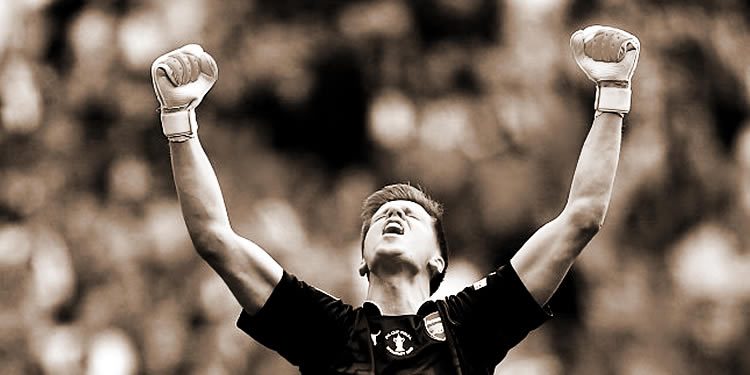 I guess we should start with confirmation of the news that Wojciech Szczesny has joined Roma on loan. The Polish international will spend the season in Serie A after the signing of Petr Cech relegated him to at least second choice. The decision to loan him out might suggest that Arsene Wenger’s pecking order, which saw David Ospina leapfrog him last year, wasn’t going to change.

Despite playing in the FA Cup final, Szczesny warmed the bench week in-week out, having lost his place in January following that fateful day at Southampton. He played poorly, no question, but that in itself is hardly the kind of thing gets a player shut out the way he was. Players have dips in form, it’s normal. That first part of last season saw it happen to a number of our players, look at Per Mertesacker, for example.

He struggled in the early months, following the World Cup and a truncated pre-season, but he kept his head down, worked hard and finished the season strongly. I do believe that Szczesny’s form had dipped but perhaps for different reasons. Maybe he grew complacent, that cockiness that you want your goalkeeper to have bleeding into arrogance, but it wasn’t simply his form that cost him. The smoking incident was something of a straw to break the camel’s back.

However you want to dress it up, and however many examples you provide of players who smoked, it was a daft, disrespectful thing to do. If you want to go home and spark up, nobody can stop you, and as long as you don’t let it affect your performances then it doesn’t become an issue. But when you play the way he did that day and then openly defy all good sense and convention, you’re asking for trouble and Szczesny got it.

David Ospina took his place in the side and kept it. The FA Cup final appearance wasn’t a hint that Arsene Wenger was ready to mend fences, it was simply him following his own path by playing his cup keeper in the cup final. Sure, it was an illustration that things had calmed a bit, but it was more about Wenger being Wenger than Szczesny working his way back into his good books.

The signing of Cech then made the departure of one of Ospina or Szczesny inevitable. In the early part of the summer it looked as if it might be the Colombian, linked to Everton and Fenerbache after his counterpart made public declarations about how he wanted to stay and learn from the former Chelsea keeper. In the end it’s Szczesny who is considered dispensable.

It’s quite a fall from grace and I do think it’s a shame. Having played 181 games for us since making his debut at 19, I believe there was a general sense that we’d found an upgrade after the Almunia/Fabianski eras. This was a lad who joined the club at 15, had a real connection to Arsenal, and could back up the swagger with performances. He was given a new long-term contract, he shared the Golden Glove with Cech in 2013/14, and I really thought we had our goalkeeper for the next 10 years.

But football can be ruthless, it doesn’t take much for the tide to turn, and if you let your standards drop even a little bit at this level, it can prove your undoing. In his first interview with Roma, Szczesny referenced how things went for him last year and took responsibility for it:

I had a difficult time last year. I’m the first person to admit that. I didn’t have the best of seasons, that’s why things have turned out the way they have.

Without trying to take anything away from Ospina, I think he benefitted from circumstances that Szczesny didn’t. The Pole’s own form was poor, he was playing behind a succession of makeshift back-fours with Koscielny absent through injury, Mertesacker struggling, full-backs at centre-half, and a central midfield that was too often porous and unbalanced.

In the second half of the season we saw Coquelin’s rise from the ashes to add a defensive midfield shield, Bellerin establish himself as one of the most exciting right-backs in the league, Monreal play fantastically well, and Mertescienly regain their form as a solid, reliable central defensive partnership. Ospina played his part in than too, no question, but I do think he enjoyed a protection and stability that Szczesny certainly didn’t.

Ultimately though, Wojciech has been the master of his own downfall. He had the dream job, number 1 at a club he loves, playing with top players and guys he’d been with at youth level, and he’s blown it. He should have kicked on after 2013/14, instead he let his standards slip, behaved poorly after Southampton and now his Arsenal future looks pretty bleak really.

If we see Cech as somebody who can play for another 3 or 4 years at the top level, it pretty much closes the door on Szczesny’s return if he manages to do that. No player spends that much time out on loan before making a triumphant return. Of course you can never fully say never, but I think this is the first step to permanent parting of the ways, and I’m sorry to see it unfold like this.

For me Szczesny is a player I like – hugely talented with lots of untapped potential. That it hasn’t been fully realised is down to him to a large extent, but as I’ve mentioned before, I’m not convinced that the work on the training ground is getting the best out of the keepers we have. Lukasz Fabianski, for example, preferred to train with Tony Roberts than Gerry Peyton, and it’s no surprise that he’s followed the Polish international to Swansea.

I’m told that Fabianski wasn’t the only one to have problems with the first team goalkeeping coach, and while that’s not to make any excuses for Szczesny, it has most certainly been an issue and one, at this moment in time, that remains. Renewed rumours about Christophe Lollichon following Cech from Chelsea don’t surprise me, but we’ll have to wait and see over that one.

Anyway, it’s arrivederci to Wojciech, I hope he does well in Italy and gets his career back on track. I know some found his character a bit hard to stomach, but I think you need that bit of lunacy in your keeper, and it was nearly always done from a real Arsenal perspective. He let himself down, and I don’t think anyone knows that better than he does, but let’s not make out he was the kind of disaster some are saying.

For the most part he was a solid, consistent performer for us, he made us better in an area in which we’d been woefully weak, and although the view of him is currently tainted by last season, he deserves more credit that he’s getting from some quarters.