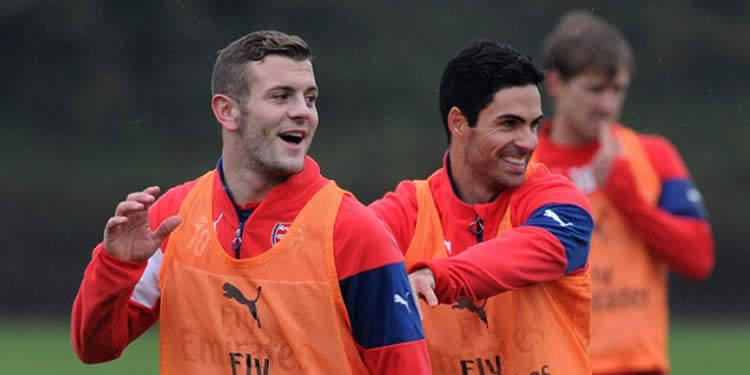 Thursday already. How does this keep happening with such regularity? One minute it’s the start of a new week, the next it’s almost over. It’s bonkers.

Anyway, to start with the club have announced the squad for the trip to Singapore to play in the Barclay’s Extra Sparkle Cup, and there’s a lot of the senior squad in there, but with some absences.

Alexis and David Ospina have time off due to their involvement in the Copa America, while others will remain in London for some treatment for minor injuries. Arsene Wenger says:

Calum Chambers has decided to shorten his holiday and come back on Friday. He didn’t play in the under-21s and needs preparations. Welbeck isn’t completely recovered from the problem he had. He’s not back in full training so he will stay behind.

Rosicky will stay back because he got a small injury at his last game against Iceland with Czech Republic.

Some other points of note: Petr Cech is included in an Arsenal squad for the first time, along with Szczesny and Martinez. There’s a place for very recent youth arrival Jeff Reine-Adelaide, an attacking midfielder brought to help bolster Andries Jonker’s underage set-up, along with other hot prospects Dan Crowley (linked with a loan move this week) and Chris Willock.

The manager has confirmed that David Ospina’s break is extended until July 27th while Alexis has been given until August 3rd after his international exertions. That four week break will hopefully help him recharge his batteries, and it’ll be interesting to see how soon he’s brought back into first team action. Ideally you’d like to ease him into things, perhaps targetting the Liverpool game on August 24th as the one to bring him back. You’d like to think that this is a squad that can cope with West Ham and Crystal Palace in his absence.

There’s no place in the squad for Wellington Silva, and I wonder is there something to be read into the fact Yaya Sanogo is not included. He’s been strongly linked with a move to Lille (on loan), and this might be a hint that something’s happening there – or might happen over the course of the next week or so.

Anyway, it’s a pretty strong squad for the fans out there to enjoy. The first game is against the Singapore Select XI on Wednesday, and then a final and a third-place play-off game on the Saturday against either Everton or Stoke. As ever at this time of pre-season, it’s not about performances really, only about getting some early match sharpness and, hopefully, avoiding any injuries.

Speaking of which, there’s some really interesting stuff from Jack Wilshere about training and fitness in this month’s edition of Men’s Fitness. He talks about his regimes and the demands of the modern game:

“The intensity of the Premier League is incredible. The levels of fitness you have to reach just to survive in it is absurd. When you’re out for a few months it’s tough to come back. It takes a lot of work in the gym with the physios, the specialists, you’re willing to try anything that will help you get fit.

“We get weighed every week. We get regular DEXA scans to check our muscle mass and body fat levels. There’s no hiding place.”

There’s more in the article (and much more in the magazine due out next week), but it’s also apparent that things have changed considerably from the time he was breaking through as an 18 year old. There’s much more awareness and focus on physical development. The arrival of Shad has been a step-forward, and the new Strength and Conditioning coach will help that too.

That aside, you do feel like this is a crucial season for Wilshere himself. I felt sorry for him last season having to carry the ‘injury prone’ weight with him. I think most of us would be prone to injury when some bloke comes in from the side and smashes your ankle with his studs. It wasn’t an absence due to some inherent weakness, it was entirely down to a terrible challenge and that’s not something you can really legislate for.

Still, it doesn’t take away from the fact that if he’s going to fully realise his potential as a footballer he’s got to stay injury free for the duration of the season. The talent is obvious, we can see that, but it’s still not entirely clear how he fits into the team, and the only way for that to happen is for Jack to make himself indispensable. That’s his challenge, let’s hope it’s one he rises to.

I expect him to contribute much more than last season but he also faces a battle. With the number of games we have ahead, we could use his experience, his desire and his quality as it will be vital for next season.

I really struggle to see how this is a bad thing in any way. For years we’ve bemoaned the departure of experienced players, now we’re in a position where we can hang onto the likes of Arteta and Rosicky because it makes sense for us to do it. Nobody’s saying these guys are going to start every week, clearly they’re not, but having them around to play when needed, and to bring their experience to the training ground and dressing room, is nothing but positive in my opinion.

I understand people have doubts about Arteta’s legs after last season, but I think the perception of him has been skewed by the fact he was dogged by injury and that affected his performances. He’s a consummate pro who looks after himself very well (steady on, ladies!), and I just don’t see any kind of problem with this at all.

Right, that’s that for this morning. Tim Stillman will be here with his column later, I’ll catch you tomorrow as Friday arrives. Until then.