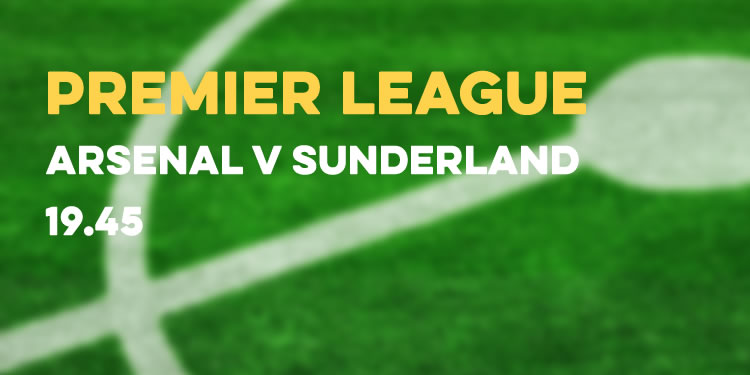 Midweek Premier League action this evening as we face Sunderland. Our game in hand means that a win would absolutely assure a minimum of third place – although second is still possible if results go our way.

With regard to team news, there’s nobody back from injury, which means Mathieu Debuchy, Danny Welbeck, Alex Oxlade-Chamberlain and Mikel Arteta remain sidelined. There’s also a doubt over Laurent Koscielny who is suffering from ‘flu’ according to Arsene Wenger, but I’m pretty sure when he says ‘flu’ he means a minor cold because he was pictured in training yesterday and anyone who’s ever had the flu will tell you that’s impossible.

Nevertheless, I suspect we’re going to see some rotation tonight. It wouldn’t surprise me if he played Gabriel and Mertesacker tonight, and Koscielny and Gabriel in the final game of the season. The full backs might get switched around a bit too with Chambers and Gibbs coming in, while it wouldn’t be a shock to see starts for Wilshere and Walcott either.

That’ll probably mean Ramsey in the centre, perhaps Santi Cazorla and/or Alexis sitting this one out after tired looking performances from them at Old Trafford on Sunday. The absence of Welbeck means Olivier Giroud will probably be given a chance to put an end to his goal drought and it would be timely if he could do that. Unless he plays Walcott up front, or does something completely unexpected like give a run-out to Chuba Akpom, we don’t really have any alternative anyway.

Sunderland aren’t 100% safe yet either so they’ll be out to get something from this game to ensure their Premier League survival. Their final game this season is away to Chelsea so it’s not as if they can afford to wait for an easier fixture to have a go. If Hull do pull off a minor miracle and beat United at home on the final day, tonight’s visitors could find themselves going down if local rivals Newcastle get a result against West Ham on Sunday.

So, it’s all a bit complicated and I’m sure Dick Advocaat will send his team out to try and frustrate us this evening. We saw how a very well disciplined Swansea side made life difficult for us last week. I don’t think Sunderland are anywhere near as accomplished as that, but it’s probably the blueprint under the circumstances.

It’s down to us to break them down and to try and find a bit of attacking verve ahead of our final game and, of course, the cup final the following weekend.

At his press conference yesterday, the manager was quizzed on transfers. In particular by the bloke from Sky who asked him about 5 different questions about Raheem Sterling, all to try and get him to confirm some interest in the want-away Liverpool player.

Each time he swatted away the question, but that was no discouragement as the Sky bloke kept coming back. Eventually things moved on with no hint one way or the other if we’re interested and the manager saying:

At the moment we are not in a transfer mode. We want to finish our season well. We have put massive effort in since the start of the season to come back into a potentially good position in the Premier League, and now we need to focus on finishing well. We have put so much effort in that it would be stupid not to finish the job well. The transfer period comes after the FA Cup final.

As I mentioned yesterday, the relative flatness of this end-of-season means that the only stories that can provide the juice the media want come from transfers. When you still have three games left to play – and one of them the FA Cup final – you can understand completely why the manager wouldn’t want to be drawn on his summer plans.

I’d say at this point he’s 90% sure of what he’s going to do and there was even a hint that competition for Francis Coquelin in midfield was still an option:

He is ready for a fight – even if somebody comes in. Even if somebody else comes in, he will stay here. I extended his contract. That means I believe in him. Coquelin has shown he has the capacity to play for us and play a big part in the success of the team.

But right now asking him if he’s interested in Sterling, or Petr Cech, or anyone else, is basically pissing in the wind, because you’re not going to get the answer you want. It’s not as if he’ll just give in if you’re persistent enough.

“Oh ok, you’re so annoying, you two-phone twatbasket, that I’ll just tell you exactly who we’re after this summer! Well done, you finally broke me.”

Lastly from the presser, this was a really amusing moment. Some people have said the volume is a bit low (works ok for me), but put some headphones in or something, because it’s well worth it.

As ever we’ll have live blog coverage of the game for you later on. Just check black closer to kick off time for a post with all the details – including how to join the ever-growing live blog chat community – or bookmark our default live blog page and updates begin automatically.

Finally, just a reminder that all t-shirts in the new Arseblog shop are at 20% off until this Friday. There have been a couple of new additions too, so check out the range here.

Right, that’s that for now. News throughout the day on Arseblog News, catch you back here for the game later.