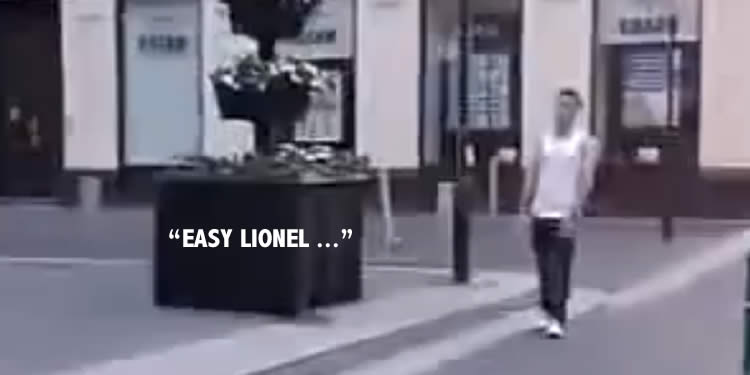 In the absence of any Arsenal related goings-on, I was forced to watch other teams playing football last night.

Two of the passiest, tippy-tappiest teams that ever have lived got it on and I suppose it was all right. Bayern started with a revolutionary 1 at the back formation, content to let Manuel Neuer do all the work until tactics-maestro Pep decided an actual back four might be a reasonably good idea against the most incisive, dangerous front three in world football today.

It was interesting to watch the two teams in action. Bayern playing in a very Barcelona way (obviously), but without anything close to the same quality in midfield or up front, and a referee who ensured that the game didn’t descend into the kind of El Clásico shitfest we often see when Real and the Catalans play each other.

He refused to give free kicks, waved played on, allowed some decent tackles to go in and it made the game fun to watch, because the players concentrated on playing football rather than trying to work out ways in which they could improvise their cheating (Yes, and I will dive and tuck and roll …).

It looked to be heading for a stalemate until the best player in the world, and I’m pretty sure the best player ever, Lionel Messi, made the difference. After the referee played on when Neymar took a bit of a tumble in the box, Bayern lost the ball, worked it to Messi and he cracked it past Neuer to make it 1-0. As good as the German keeper is, and he’s really, really good, is there a bit of blame for him on that one? It seemed to sort of go under him a bit.

For the second though, he had no chance. Oooof. What a goal. Messi facing Jerome Boateng, he feinted one way, went the other, and left the former Man City man on his arse, his guts splayed out across the pitch, before dinking the ball past the keeper, over the flailing leg of a defender desperately trying to get back, and in. I mean, wow … what a goal, especially in the context of that game. 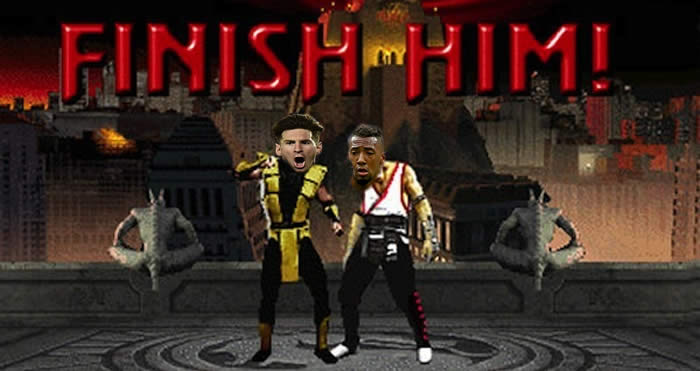 Poor Boateng, footballistically eviscerated on the biggest stage, but really Messi can do that to anyone. I was there when we annoyed him by scoring first at the Camp Nou and he then went on to destroy Sylvester and Vermaelen, particularly the former who was so bad that night he was replaced by Emmanuel Eboue and, if I recall correctly, Bacary Sagna moved into the centre of defence. I could be not recalling that correctly though.

The point is he is just amazing. The goals he scores, the incredible regularity with which he gets them, and the fact that he can turn it on against any team, big or small, is incredible. That he does it without any of the preening, poncing, and precious pomposity of Ronaldo is another very large tick in his ‘for’ column. He performances could back up any kind of cocky swagger he might feel like indulging in, but he simply lets his football do the talking for him before he goes back to a dressing room filled with Dickie-bows, dinner jackets, platform shoes, fake spectacles, earrings, crap headphones and tattoos, to put on his trainee-accountant clothes.

As for Pep throwing caution to the wind and looking for an away goal, that was a bit carefree, wasn’t it? At 2-0 they might have had a chance in the home leg, but 3-0 down to this Barcelona team and having to come out and play … it’s done and dusted (also kudos again to the ref for playing a good advantage for the final goal). Maybe being back at ‘home’ affected his thinking, but I guess it’s just an illustration that even the very best are capable of making poor decisions in the heat of a game.

The second-legs of both semi-finals take place next week and an all Spanish final, a Messi v Ronaldo showdown, is still a possibility. Yet as tantalising as that would be, if the inveterate cheating that goes on in a regular Clásico is bad, imagine what it would be like in the Champions League final? For that reason I hope Juventus go through in the other game and we get a final between two different leagues, the way it really should be.

From an Arsenal point of view, we should get some team news later today ahead of our game on Monday against Swansea. There’s some early talk that Ramsey will be fine after Huddlestone tried to kick every bit of his leg off, while Arteta and Oxlade-Chamberlain are in contention. Any news we get we’ll update over on Arseblog News, and I’ll be back tomorrow with an Arsecast.

ps – of course Messi is only the second greatest Lionel that ever lived.