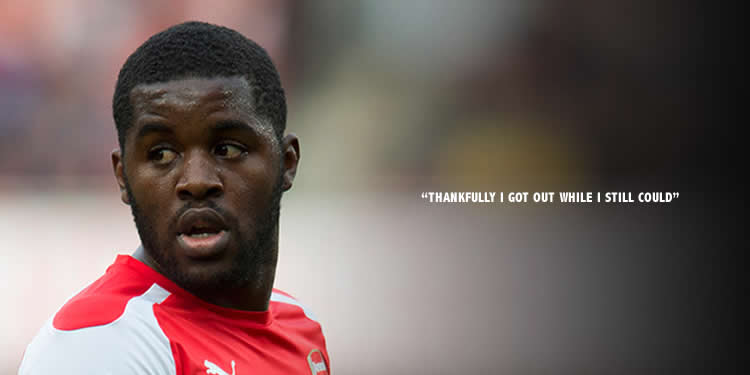 So, the Manchester derby yesterday was disappointing in the sense that it wasn’t a draw and the win leaves United just a point behind us, but it was also amusing in that it highlighted what an utter shambles City are at the moment.

That’s four defeats in their last six league games and, you suspect, any vague hope Pellegrini had of hanging onto his job is well and truly gone now. He might be a bit of crotchety old bloke but he doesn’t seem the worst in the world and I’m an admirer of the work he’s doing there in the last few weeks.

I suppose they’ll sack him in the summer, or before, and then use their billions to replace him with another top manager because that’s what happens these days. As for United, they’re playing well, winning six in a row (it’s not quite eight chaps!), and they look a different side since we beat them in the FA Cup.

It also makes the game at Old Trafford on May 17th even more important. In the meantime somebody should investigate what kind of dark magic van Gaal is using because anyone that can make both Ashley Young and Fellaini effective is up to some shenanigans, that’s for sure.

As for the earlier game, while I can sort of understand people being disappointed/vexed by the late goal or the scorer, it doesn’t make any difference to anything. There’s no way they’re getting caught so getting overly annoyed at that goal is a reminder that you should never hold out any hope of anything good happening ever because life and football are little more than a series of crushing disappointments.

Speaking of our eight game run, the manager has used a word I’ve used a lot in recent times: balance. Speaking about winning 8 in a row in the league, he said:

I always hope to get the best out of my team, but no manager in the world if he is serious can predict a run like this. What people forgot is that we had big players out for four months this season. Now we have a better balance in the team.

The issue in the early part of the season wasn’t a lack of players, because the squad was almost full. It was lacking the right players in the right positions. How different might things have been if we’d found Gabriel, or a player like him, last summer? And yes, I suspect things would also have been a lot different if we’d had Ozil and Giroud fit throughout – although you might rightly ask if they’d be as effective now without the time off.

The German has looked a different player since his return from injury, while Giroud’s time off has been followed by his best spell of form in an Arsenal shirt. However, we were ridiculously top heavy going into the season and while I’m all for a competitive environment, there were too many players for too many forward positions meaning some of them just weren’t ever going to play.

And when you look at the players we’ve let go on loan you have to say those decisions were both correct and, probably, overdue. Lukas Podolski, for example, would have gone last summer had Giroud’s leg not being broken in that freak incident at Goodison Park. Since departing for Inter Milan in such a hurry in January he has yet to score in Serie A. Funny bloke, good at social media, but we don’t miss him one bit as a footballer.

Similarly, Joel Campbell, in 15 appearances for Villarreal has scored a grand total of 0 goals. Get out while you still can, indeed. Yaya Sanogo’s time at Crystal Palace has brought one FA Cup goal and succession of injuries. None of them are doing anything to suggest that their futures lie in North London. It’s sink or swim out there and they’re much more Ty Tanic than Michael Phelps.

You can have plenty of players but not the requisite depth and that was an issue that required mending. Yes, it’s a bit like bandaging your own foot after shooting your big toe off but it doesn’t make it any less necessary. With balance has come consistency, and from here we need to add more consistency to the consistency, if that makes sense.

For too long our results have been punctuated by others that require examination, from which we’re supposed to learn lessons, to make sure those things don’t happen again. Poor Johan Djourou must have nightmares every time he sees an Arsenal defeat or draw, before waking up relieved that he doesn’t have to front up to it on the in-house TV channel.

If we talk about progress being made this season, and there has been some in terms of big games, tactical tinkering, more considered approaches to certain opposition etc, then ensuring that this level of performance becomes what passes for the norm. I’m not talking about winning every game, nobody with any realistic outlook can expect that, but nowadays we’re watching a team that looks capable of performing week in, week out.

We’re not wondering why certain issues aren’t being addressed or why gaps in the squad/team remain unfilled. There’s work to do in the summer because what you want is to take this group and make it even stronger. The points gap between us and the leaders tells you there’s still a way to go, but it feels like things are going in the right direction and in the right way.

Not stumbling or lurching, but moving with purposeful momentum, and that’s a positive place to be.

Right, James and I will be here with the Arsecast Extra for you this morning. If you have any questions, please send them over via Twitter to @gunnerblog and @arseblog with the hashtag #arsecastextra and we’ll do our best to get to as many of them as we can. The podcast will be available before lunch.