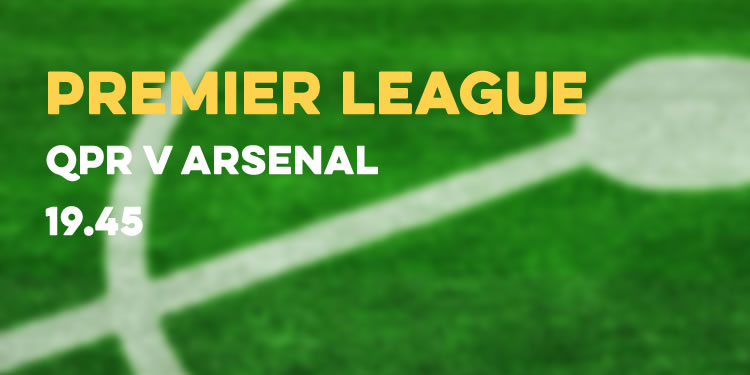 Premier League action tonight as a team which has won just 1 in its last 10 games takes on an Arsenal side which has won 6 of the last 7.

The win at the weekend over Everton wasn’t one built on a flowing performance, but it was controlled and professional after the Monaco debacle. At his press conference yesterday Arsene Wenger said that the best tonic for what happened against the French side was to go there and qualify, but it’s not possible to just compartmentalise the two competitions, and some confidence will have been restored on Sunday.

In terms of the team we’ve got Aaron Ramsey back from injury and, hopefully, he’ll stay fit this time. The manager hinted yesterday that they had found the issue that caused the repetitive – and thankfully not too serious – hamstring injuries, but wouldn’t expand on what that was.

While I’d be interested to know, and I’m sure we’ll find out in time, I’m more concerned with having an actual central midfielder back. Mathieu Flamini remains out, as does Mikel Arteta, and with a doubt over Francis Coquelin (who, if he plays, will have to sport a protective mask), having Ramsey back is very welcome.

While you can’t put his absence down as the main reason for some not altogether convincing performances yesterday, Wenger touched on what we missed when he was out. His answer:

His energy level, his transitional play from offence to defence and from defence to attack and his box-to-box qualities.

And he’s ruled out the growth of a new appendage:

When you have a repetition of muscular injuries, in can put the handbrake on your body a little bit. To get rid of that is a psychological problem. I don’t think he suffers from that.

I’ve said it a few times in recent weeks that I think the team’s balance hasn’t been quite right in the middle of the park and hopefully Ramsey can go some way to addressing that. Not to mention the fact we’ll need him for next Monday’s trip to Old Trafford.

Elsewhere there could be changes up front with an exhausted looking Alexis getting a rest. He tried hard as always against Everton, but not much came off, and with options like Welbeck and even Walcott to consider, it wouldn’t surprise me at all if he was rested tonight and only used if absolutely necessary. Ideally we won’t see him until Monday.

QPR are third from bottom and have freed themselves from the spoofery of Redknapp, but even under his management we managed to make the home game against them more difficult than it should have been. We were well and truly on top when Olivier Giroud’s daft red card made it a tense finale, so avoiding that kind of nonsense tonight is paramount.

The reality is there’s a good reason why they haven’t won very often this season – although their home record is a bit better than away – and we should be going here tonight, doing a job, and coming away with three points. Anything less would be a massive disappointment.

Elsewhere, some interesting stuff from the boss on Francis Coquelin whose rise to first team prominence has been one of the surprises of the season, even for the manager. He says:

Instead he was recalled from Charlton, much to Coquelin’s annoyance as he thought he was just going to provide cover on the bench, and gave the midfield something it was missing. And Wenger puts that down to the player focusing on certain qualities in his game, rather than being an all-rounder:

I think Coquelin analysed well what he is good at: defending in midfield. He was in between a bit the play-making position and a box-to-box player. He is not that – he’s a sitting player who can win the ball. He restricted his game to that and you make success in life with what you’re good at.

Obviously there’s still a lot for him to do, but the manager says his emergence has made him consider whether or not he’ll buy a holding midfielder this summer. Not all of that is down to Coquelin, obviously, because a squad with him, Arteta, Flamini and one more player in that mould is clearly overloaded with that type, but having signed a new long-term deal recently, he’s got a real chance with us.

I’ll admit that I was very much of the same mind as Arsene Wenger, and I’m sure many of you, in thinking that Coquelin’s first team future lay away from Arsenal. Football is a surprising game sometimes, so let’s hope he continues to progress the way he has.

Meanwhile, the club have officially announced the details of a massive expansion of the training facilities at London Colney and the Hale End academy – details here.

Right, that’s about that. We’ll have full live blog coverage of the game for you later on, just check back here later for a post with all the details or bookmark our default live blog page and updates will begin automatically.