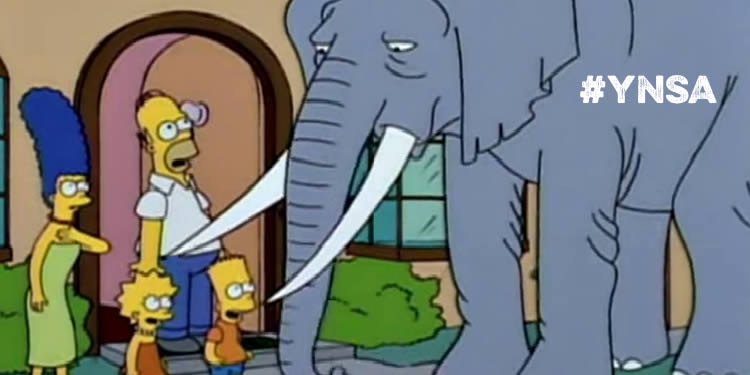 Football, for all the ways it frustrates us, can also be really funny. Stuff happening to other teams – even if that enjoyment is fleeting, sometimes lasting only minutes or seconds – just makes you laugh.

I know my brother won’t have found much funny about Steven Gerrard at Anfield yesterday, but pretty much everyone in the world who isn’t a Liverpool fan did. Brought on at half-time to get his side back in the game, he lasted less than 60 seconds after his mistook Ander Herrera for a DJ who wouldn’t play Phil Collins and stamped on him.

A definite red card and one, in the circumstances, that tickled the funny bone considerably. I was all up for a draw yesterday between those two, but United’s win means there’s a 6 point gap between us and the Mugsmashers and given our next league game is at home against them then, with the right result, we can go a long way to securing the top four place at their expense.

They’ll be without Gerrard, probably not a bad thing really, but will Martin Skrtel play after he also went stampy late on the game? He could be seen quite clearly trompling all over the leg of David de Gea – it looked deliberate to me but whether or not the FA deem it worthy of a second look remains to be seen. It’s certainly as blatant as the one by Costa on whichever Liverpool player he stamped on that time, but as we know there’s a systematic, orchestrated campaign against Chelsea so that’s why that happened.

It wasn’t anything to do with Costa’s foul play at all. It was just that everyone is out to get Chelsea:

It was nearly very funny at Hull yesterday too when the aforementioned team that is being spied on by the KGB, FBI, CIA, MI5, and JCB let in two goals in less than 2 minutes to find themselves 2-2 against the home side. Sadly they got a winner and that gives them a 7 point lead over us with just 8 games to play and they have a game in hand too.

Some of the Arsenal players haven’t yet completely ruled out the title, with Aaron Ramsey saying:

We’ll try to win every game we have left and see where that takes us Strange things happen in the Premier League, the kind of upset where City went to Burnley and lost. We’ve got to be switched on and make sure that kind of result doesn’t happen to us – but at the same time believe the teams around us will be on the end of upsets.

And Olivier Giroud backing that up:

We want to finish really strongly, and if we can win our games, then we will see if City or Chelsea miss one of their steps. You never know, you have to believe in football.

You can’t fault the attitude, that’s the way they should be thinking, but in reality it would take a huge collapse from Chelsea not to win it from this point. I think we can look back ruefully on the early weeks of this season as the main reason why we’re not really in it, but we’re in a pretty good position now and all we can do is win as many games as possible and see what happens.

Obviously there’s a chance for us to take some points from Chelsea when they visit next month, but this is a run-in in which we have to play Liverpool, the Campaigners and Manchester United (who looked revitalised yesterday –who knew that playing one of your best players rather than leave him sitting on the bench could have such an impact?!), so we can take nothing for granted, even if some of the other fixtures are obviously easier by comparison.

Anyway, we have plenty of time to consider all that over the next couple of weeks as we’ve got an Interlull to contend with. Players will scatter far and wide like … I want to make this sound poetic … like petals on a … nah … like plankton in the great ocean of li- … nope …. like dust in the wind … too cheesy … like leaves being blasted all over the yard by a leaf blower!

I think I worked that well.

It’ll mean things are pretty quiet around here for a while, but then we get to enjoy the rest of the season uninterrupted. And then it’ll be over. Summer will be upon us. No tournament to keep our minds busy and before you know it a new season will have started and in the blink of an eye you’re lying in a hospital bed aged 97 with tubes and wires and bleepy-machines, surrounded by your family with tearful grand-kids saying ‘Don’t die Pee-paw’ and then …

… erm … anyway, my point is it won’t be long before our next game.

Right, James and I will be here later with an Arsecast Extra looking back on Newcastle and the weekend events. Plus, don’t forget you can get in on the action with a question or a point of discussion, simply send it to us on Twitter @gunnerblog and @arseblog with the hashtag #arsecastextra and we’ll do our best to get to as many of them as possible.

The podcast should be up for you before lunchtime so stand-by for that, more throughout the day in the usual places and from me here tomorrow.