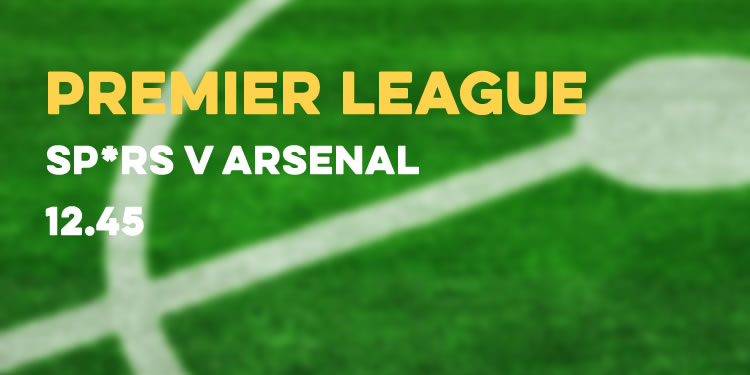 It’s an early start this morning for an early North London derby.

Starting with the team news there’s not much we didn’t already know. In the manager’s opinion Alexis is not going to make it, but in Alexis’s opinion he might make it simply because of how much he wants to play. Pressed on his involvement yesterday, Arsene Wenger said:

He wants to play of course. He’s very keen and thinks he can even defy the medical people. I don’t know yet. I need medical advice on that and need as well to see what he can do in training.

The fact that the boss said the game on Tuesday is a possibility makes you think that today might just be doable for him. Especially when they give him a test and regardless of the searing pain he feels at the back of his thigh he smiles and says “I’m ready!”

However, even if they do take him at his word, I don’t see him being risked from the start. It’d be too much of a gamble to lose a player early in the game, robbing the manager of a substitution that didn’t need to be made, so I reckon we’re going to see the same team that played against Villa. Although, given we’re away from home, I do wonder if there might be room for Tomas Rosicky’s experience and know-how at the expense of one of Ozil or Walcott.

In terms of how we set up and play, I think we’d all like to see a repeat of what we did at Man City a few weeks back. Defend well and conscientiously, cut off the supply lines, be brave on the ball when we have it, and when we do get forward make sure the blows we land hurt them.

It wasn’t too long ago that they scored five against Chelsea so they’ll have that in the forefront of their minds, and there are players who can cause us problems if we let them. But if we don’t make silly mistakes we’re also a team with plenty of confidence and with four clean sheets in our last five games we’ve got a bit of defensive solidity about us these days.

For me that’s where the game will hinge. If we can maintain that level at the back then we’ve got the quality and firepower to do them damage. Giroud is scoring and assisting, Cazorla’s in great form, Walcott and Ozil have found their range in the last two games, and with Welbeck back, and Rosicky fond of a goal against this lot we’re well set-up.

Obviously there’s focus on the back four and the defensive midfield area, but as we’ve often said it’s a team effort. Aaron Ramsey says:

We’ve learnt from last season when we left ourselves a bit too open in the big away games and teams picked us off. We’ve proven that against Manchester City – sometimes you have to sit in and get bodies behind the ball to try and frustrate them. I thought we did that really well against City.

And while I’ll take nothing at all away from the City performance, one of the most enjoyable in years, we’ve got to do that again and again and again. There’s no point doing it once and basking in the plaudits thinking you’re great. It’s just history at this point. It has to be repeated and today is another chance for this team to show how much they’ve learned and matured.

Yet for all the analysis and for all the talk of what we should do, the derby is often a frenzied, chaotic game simply because of the occasion. The respective quality and form of the teams becomes almost irrelevant, and it’s often down to who can master the mayhem best.

It’s going to be noisy, difficult, tumultuous and intense. A win for them sees them climb above us by a point. Not insurmountable in the least, but if we come out on top we’ll open up a 5 point gap and that creates its own pressure for them to deal with.

As always it’s too tight to call with any confidence, but hopefully the decent bit of momentum we’ve got going can be accelerated further today.

Meanwhile, it was confirmed yesterday by Arsene Wenger that both Francis Coquelin and Chuba Akpom had signed new deals with the club. It’s good news, obviously. The former’s recent form since his return from Charlton has been both surprising and exceptional. Almost a fairy-tale in terms of how well he’s performed, but now there’s going to be pressure and expectation.

He’s no longer in the last-chance saloon. This is a show of faith in him and he’s got to now produce this level of performance on a consistent basis. He’s obviously matured as a player and a person after some difficult times over the last couple of years, and we’re seeing the benefit of that now. He’s brought everything we wanted to the defensive midfield position, but the challenge now is for him to play like this week in, week out to prove he’s a really top player. And obviously I hope he does that.

As for Akpom, as I said midweek, there’s been quite a turnaround here as his contract situation has been ‘ongoing’, shall we say. I do wonder if he’ll be with us for the rest of the season as back-up to the back-up, or if they might feel that playing regularly somewhere else on loan would be the best thing for him at this point.

It’s still possible for clubs in the Championship and Football League to loan players between Monday and mid-March, so if/when we get Alexis fully fit it wouldn’t surprise me to see Akpom go somewhere to get some games under his belt, because for all his promise only playing time is going to develop him properly now.

Finally, thanks for all the kind words re: the John Devine interview. If you haven’t already had a chance to listen, you’ll find it here.

Right, that’s that. Remember, we will have full live blog coverage of the game for you today. Simply check back for a post with all the details or bookmark our default live blog page and updates will begin automatically.

For those of you who fancy a flutter, Paddy Power have a new account special, offering 6/1 on an Arsenal win. Click here to register.

Right then, breakfast, a dog walk, and then hopefully it’s time to mash some spuds. Until later.

Mr Form, may I please introduce you to my good friend, Mr Window?