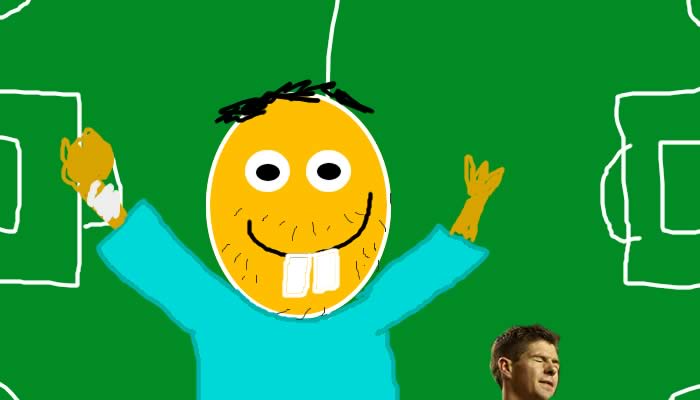 A very quick Friday round-up for you.

It was a disappointing night for England as they went down 2-1 to Uruguay. The return of Luis Suarez gave the South Americans the edge they didn’t have when they faced Costa Rica, while Roy Hodgson’s team didn’t perform anywhere near as well as they did against Italy.

Suarez’s opener was a really fantastic goal. Having squandered possession in midfield, England were too passive when the ball came to Edinson Cavani on the edge of their box. With three men around him he clipped a perfect cross over Phil Jagielka and Suarez’s header on the run was really very good indeed. The similarities between that goal and the Balotelli one might be worth exploring from an England point of view. Or maybe they were just two inch-perfect crosses.

In the second half England huffed and puffed, but it seemed like too many players were a) trying to do too much as individuals and b) the overall quality of the players in question meant not enough was created. I saw a lot of online criticism for Rooney but at least he had something about him, hitting the bar with a header (should have scored), and forcing the keeper into a good save early in the second period.

Welbeck was anonymous, Jordan Henderson much the same (and I would have given Wilshere a run ahead of him early in the second half), while Steven Gerrard’s display was that of a man determined to make up for recent disappointments, but in forcing the issue played to the detriment of the team. Rooney’s equaliser should have secured England at least a point, but they were undone by good old fashioned Route 1.

Uruguay send it long, Gerrard failed to win the header in midfield, Suarez anticipated it brilliantly and lashed it home past Joe Hart who, in my opinion, went down a bit too quickly. Nobody covered themselves in glory there, apart from Suarez obviously, and England trying to get a goal back in the World Cup with a couple of mid-table Southampton players kind of summed up the problems they had all night.

They’re not out though. If Italy beat both Costa Rica today and Uruguay next Tuesday, England can go through with a goal difference boosting win over Joel Campbell’s team. It does seem like a lot to ask but stranger things have happened. If Italy do get the result today, it’ll be interesting to see if Hodgson changes things much, because after two defeats he’s got to mix it up in terms of his team selection.

Earlier in the day Colombia v Ivory Coast was an entertaining enough encounter. With Arsenal eyes again on potential right back Serge Aurier, I thought James Rodriguez was the man for the Colombians. He scored the first with a thumping header and overall looked a really exciting player (pie-chart ahoy!).

As for Aurier, I think the one thing we’ve learned from this tournament is that he can cross the ball very well. However, I really haven’t seen enough of him as defender to make any definitive judgement, and that’s really the most important thing when you’re signing a right-back. He can be Francois Crossalot de Parfait, but that should be a bonus on top of his defensive attributes. Suggesting we should definitely sign him because he’s whipped in a few good balls in a World Cup finals is somewhat risky. Remember, while the World Cup provided us with Gilberto Silva, it’s also the tournament which made El Hadji Diouf look good, and that’s worth bearing in mind.

Gervinho, formerly of this parish, stumbled his way to his second goal of the competition, but it wasn’t enough to save the day. As for the late night game, I decided that Japan v Greece probably wasn’t going to be the kind of sparkling late night encounter that would make me glad I stayed up, and looking at the scoreline this morning, that appears to have been the sensible decision.

Today looks like it could be a bit of fun, with Italy v Costa Rica first, followed by Switzerland v France later, with Ecuador v Honduras the late night offering. We might see some Giroud later, and of course Joel Campbell will be keenly watched to see if he can keep up the performance level of the Uruguay game.

Not much else going on from an Arsenal point of view, so we’ll leave it there today. More tomorrow.