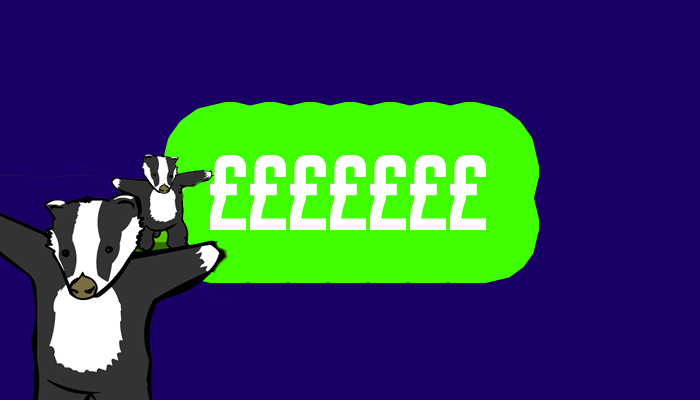 “I don’t care. I have space to fill. I need some Arsenal stories.”

“That’s not my problem.”

“Right then, transfers it is then!”

Can’t be coincidence that in the quietest week since the last Interlull we’re being bombarded this morning with stories about who we’re going to buy this summer. I mean, we still haven’t secured a top four place and the FA Cup final is yet to be played – two things which could have a huge impact on who is going to be doing the buying – and yet here we are.

In one sense it’s good that a football club will make plans well in advance of the transfer window opening. On the other hand, this is Arsenal where we went through all of last summer without spending any money at all until deadline day when we went crazy, like a drunk dad on Christmas Eve who forgot to get anything for his wife so spent a fortune on a Fabergé egg diamond ring with a platinum band presented in a solid gold box encrusted with the crown jewels.

So, you might forgive me if I’m a touch cynical about any stories which suggest we might act with a measure of decisiveness and timing. That’s not really what we do, is it? Yeah, I know we bought Podolski and Giroud with relative ease and alacrity in 2012, but that’s the exception rather than the rule.

What’s interesting to me is that before we even think about adding to the squad, we’ve got to deal with departures. So even if we go buy a right back, a centre-half and a back-up keeper for Szczesny, we’re not increasing our options in any way. We know that Lukasz Fabianski is going to leave while Emiliano Viviano’s gap year will be up and he’ll go back to Italy somewhere, I assume. That leaves us with one senior goalkeeper. One of the younger players at the club could provide some depth there as third choice, but we’re definitely going to have to go into the market to add another keeper.

Bacary Sagna is now just weeks away from a Bosman and I would be absolutely staggered if he stayed and signed a new deal. I mean, I could be wrong, but I just don’t think it’s likely. Is Carl Jenkinson ready to step up? Is the manager going to thrust Hector Bellerin into action? I don’t know, but chances are we need a right back.

Thomas Vermaelen is at an age where he’s not going to spend another season sitting on the bench, regardless of any affection he might have for the club. Indeed, only a back injury last summer prevented him from exploring his options as he knew fine well that the Mertesacker-Koscielny axis was one he’d find very difficult to break up, except for injury and suspension, and so it proved. I think he’ll be off.

That leaves us with two centre-halves. I’ve said many times this season that even the three we have is insufficient. It’s been a massive gamble to go through an entire season with just the three of them, even if Sagna can provide some short-term cover. To my mind we need a signing to cover Vermaelen and another to give that position the right amount of depth. Players who can, for example, play in the cup competitions ahead of our first choice pairing. Mertesacker and Koscielny had to play against lesser opposition like Sp*rs and Coventry, when ideally you’d like to give them a rest.

I think we’re as well stocked as we’ve ever been in midfield but there’s certainly no doubt we could add a signing which would improve us in there. Somebody who could add a bit more physicality to the anchoring role would be top of many people’s shopping list. That player is not Tom Cleverly. The answer is never Tom Cleverly. Unless the question is: ‘Who should Arsenal definitely not buy this summer?’, and his name would come well before other answers like: Scott Parker, any of the many and varied Diarra brothers, Mork, Star Wars kid, a pigeon, Huell from Breaking Bad, a cylinder of propane, and Inanimate Carbon Rod.

Up front – now you’re talking. This is where we need the good good stuff. I’m all for keeping Giroud – we’re trying to add depth to the squad, remember? Buying one striker and selling our only other striker doesn’t do that. So buy a striker. As far as I can see, the only reason at all to bring in Mario Mandžukić is so his name could be sung to the tune of this Sinead O’Connor song. Is he a significant upgrade on Giroud? I don’t think so. He’s another Giroud type player.

If pace has been an issue in this team, he’s hardly the player who solves that. Yes, we might have Walcott back but one kick on his gammy knee and all of a sudden we’re robbed of an asset which is vital to most teams these days. Also, with Giroud in the squad, and Sanogo likely to be playing a part as a player of similar style, shouldn’t we be looking for a different kind of forward? Somebody a bit nippier, who can play instead of the bigger man, but also with/off that bigger man? I don’t know who that is, but the target must surely to be to add depth and a bit of variety.

I also suspect that the future of Lukas Podolski isn’t as assured as we might think. I’d definitely keep him, as he adds something to the squad that can be hugely important over the course of a season, but I’m not sure the manager (assuming he’s still here) is convinced and could suggest he might be better off elsewhere. That would be another purchase necessary – although I admit that’s speculation more than insight on my part.

So, we could need three signings just to keep the squad at the level it was at last season – and that’s not taking into account some of the older legs getting older still. Then to improve things we need at least a centre-half, a midfielder and another striker. That’s six players. That’s a lot, eh? Probably more than we’ve ever bought before.

On the plus side, we’ve got more money at our disposal than we’ve ever had before via the new sponsorship/kit deals, but doing that much business would represent a huge change in our transfer market behaviour – and you can insert something about leopards and spots here if you like.