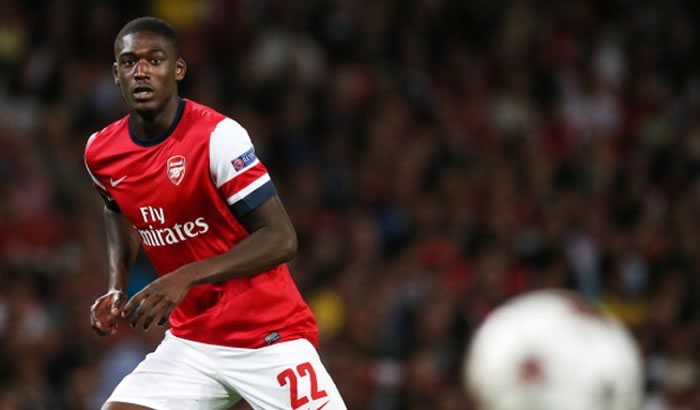 An interesting week ahead with the FA Cup fixture with Coventry on the horizon and no Premier League until our midweek trip to Southampton. It gives the manager the chance to rest some legs and make sure everyone’s feeling good as the fixtures approach that period when they look quite daunting, on paper at least.

In terms of the transfer market the boss has again said he’s open to the strengthening the squad this month but qualified that by talking about the return of two forwards. He said:

Whatever else, those two add options but there will be those who will, rightly enough, have their doubts about whether they’re the ones to fire a team to the Premier League title. Bendtner, we know all about. On his day he’s an effective alternative to Giroud, but Sanogo, well, what little we’ve seen of him didn’t really suggest he was quite ready.

I suspect the manager would have liked to blood him a bit throughout this season. Some Capital One Cup action here, some FA Cup action there, cameos in the Premier League and the Champions League when circumstances allowed, thus letting him getting used to playing for Arsenal and the increase in standard from Ligue 2 Auxerre.

Sadly, because of his back issue, that hasn’t happened and he’s become something of a byword for injury … when people have even remembered him in the first place. Yet there must have been some method to his signing. It wasn’t a last minute Park type thing, he was a player we’d been trailing for some time, but I suspect it’s a lot to ask for him to have any kind of impact this season. Stranger things have happened, but I’d be very surprised.

Meanwhile, Santi Cazorla says Arsenal are top of the table because they deserve to be. Speaking to beIN Sport last night, the Spaniard said:

At the start of the season, nobody put us up as high as Manchester City or Chelsea, but at the moment, we are showing that we are up there with them. Right now, in the Premier League, we are top because we have been the best team.

The table doesn’t lie, as they say, and in this case it’s spot on. I notice a lot of Arsenal fans who get a bit cheesed off that we don’t get the credit we ‘deserve’ in the media for our season so far. It’s all about City’s goals and Chelsea’s monotonous, tedious efficiency, and to some extent I can understand people not sticking their necks out for us.

I don’t think it’s unfair to say we’ve flattered to deceive at times in the past and, let’s face it, been a bit brittle. But I’d much rather be in the position where nobody expects us to do anything. Why should there be any pressure on us? Although we spent really big on one player this summer, that’s the first time in our history that’s happened.

The other two have spent, literally, hundreds and hundreds of millions on new players and salaries. All the expectation and all the pressure should be on them. If that makes it easy for certain people to wank them off obsessively about how good they are, then fine. They’d really want to be good considering how much money they’ve spent, and it doesn’t take much thought or effort of opinion to back them and talk them up as favourites … because they are.

If we’re overlooked in that, it’s fine by me. I don’t need the validation of a Robbie Savage or a Match of the Day Alan to know what I’m seeing from this Arsenal team this season. I can see we’re improved, much more competitive and genuine title contenders this season. How far we can push it remains to be seen, but my feeling is just to enjoy it while it’s happening and not to worry in the slightest about not getting credit in the press or on TV.

Because what difference does that make to anything? I don’t buy into any anti-Arsenal conspiracy or anything like that, but I’m just content we’re giving these two behemoths a run for their money and I think if we can keep it up we’ll push them all the way. There are opinions and writers I respect, and I’ll stick to them.

The rest, meh. The headlines, the phone-ins, the discussion shows, the columns, the pre and post match debate; it’s all utterly irrelevant to me as long as we keep doing what we’re doing on the pitch.

Right, that’s that. We’ll have news throughout the day over on Arseblog News, and just for the sake of a quick plug you can find us on Facebook, Twitter (News Twitter), and don’t forget you can wake up to Arseblog in your box every day by joining the Mailing List.