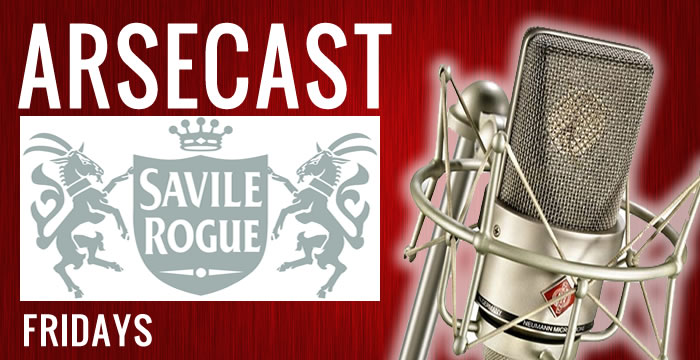 Morning all, it is very quiet indeed today, considering we’ve got a match against Chelsea coming up. I suppose, however, it’s on Monday, so there’s no real rush for info just yet.

The usual bits and pieces of team news haven’t appeared. We know little more of Laurent Koscielny’s gash, while any other aches and strains are being kept under (Christmas) wraps for now. The manager should have his presser this morning so we’ll get the updates then as we prepare for our festive football frolics.

Obviously, when you’re playing every three days, the more players you have available the better. There will be a need to rotate and rest legs along the way, especially when the FA Cup gives us no relief from hectic league schedule. While it will be interesting to see how many managers Sp*r sack before Jan 4th, there’s that whole form going out the window thing in the derby.

One man we will be without is Jack Wilshere who got a two match ban from the FA yesterday. We know Arsenal challenged the length of the suspension, not the offence itself, but the FA’s Independent Regulatory Commission (lah-di-daah) said:

Whilst admitting the charge, Wilshere claimed the standard sanction for this offence was clearly excessive. The Commission rejected this claim and the two match suspension will commence with immediate effect.

I think it’s fair to say that the commission have just moved the goalposts considerably. Our claim that the sanction is clearly excessive is true. Luis Suarez made the same gesture the season before last and got a one match ban. It’s also fair to say that Wilshere is considerably less bitey and racist, but that seems not to have been taken into consideration.

Anyway, as I said yesterday, if, from now on, all offences like this are sanctioned with a two match ban then we can just consider ourselves a bit unlucky, first victims of a new, stricter regime. The worry, naturally, is that it’ll happen again and the player involved will be sent a fruit basket, a card ‘reminding him of responsibilities’, and a special edition DVD pack of The Lion King which will teach him to use Hakuna matata as a mantra if being abused by opposition fans. I guess we’ll find out at some point.

But as Jack gets himself a rest, I’m assuming that we’ll be welcoming back Lukas Podolski to proceedings. It’s been a couple of weeks since he returned to full training, and I suspect the manager has been deliberately holding him back to ensure he’s ready for this period. It’s funny how some people think his first season was a bit of a flop. I’ll take 16 goals and 11 assists of flop any time.

There’s definitely a sense there’s more to come from him. Arsene Wenger has, in his absence urged him to give more on his return; to become World Class and fulfill his potential, so it’ll be interesting to see how he responds. There’s nothing more frustrating for a footballer than to be sidelined, especially when your team is doing well, so hopefully it’s a hungry Podolski that will make his comeback against Chelsea.

And when you consider that Theo Walcott has been missing for a large chunk of the season too, we’re welcoming back two players with fresh legs who between them scored or assisted 52 goals for us last season. At a time when we’ve been struggling a little bit, maybe this is exactly what we need to kick-start us again. Walcott’s two goals against Man City were a reminder of what he brings, so fingers crossed they’ll give us that bit extra over the holiday period.

Before we get on with this week’s Arsecast, some insider info on next season’s Puma kits – which includes the fact that the leaked shirt picture is the real deal, the away kit will be yellow and blue, and there’s going to be a green and blue third kit. More details to be found here.

And finally, due to the time it was released, and the subsequent post Man City fall out, there’s been little focus on the 3% price rise the club so carefully slipped out into the ether last week. In his column this week, Tim Stillman has a look at the situation. Definitely worth a read, and I suspect this is a discussion that is far from done.

Right then, time for this week’s Arsecast and there’s a festive theme with discussion of Christmas jumpers, elves and more. The man from East Lower joins me to briefly discuss this thing called football (or something), and there’s a very special yuletide duet between Arsene Wenger and Andrei Arshavin, made in collaboration with Gunnerblog.

You can subscribe to the Arsecast on iTunes by clicking here. Or if you want to subscribe directly to the feed URL you can do so too (this is a much better way to do it as you don’t experience the delays from iTunes). To download this week’s Arsecast directly – click here 24mb MP3).

Finally, thanks to our friends at Savile Rogue for providing such great prizes over the last few weeks. Even though the Christmas shopping is probably done, the winter is long and they’ll keep you warm throughout. Check out Savile Rogue for more.

Right, news when it happens on Arseblog News. Office party tonight (yeah, that’s just me and Mrs Blogs, but hey). Till tomorrow, at some point.