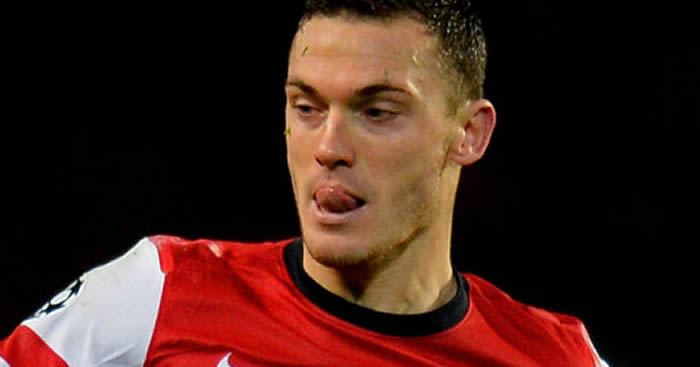 So we head into an Interlull now, perhaps at a good time. I just got the feeling that we were riding our luck a little bit in certain games.

Dortmund, for example, was a fantastic win, but for me it was far from our most accomplished performance of the season. Compare and contrast to Napoli which I believe was the best we’ve played. In the first half we eviscerated them with swashbuckling verve, in the second we kept them at arms length, restricting then to pot shots from miles out. We were never, ever in danger.

Against Dortmund they had the best of the first half, really should have been ahead but for a terrible miss by Mkhitaryan and were well on top in the second when we got our goal. It’s impossible to take anything at all away from the result, which was outstanding, but I do think the way the performance has been lauded far and wide isn’t quite representative of what happened on the night.

The same goes for the way United’s win on Sunday has been overplayed. A great win for them, of course, but hardly a display that comes close to the best we’ve ever seen from that particular team or as a marker of their title credentials. As others have quipped, it was like playing Everton more than the champions. That’s the way they’re going to be, seeing as they have an Everton manager in charge, but they were facing an Arsenal side riddled with illness, missing key players, and still didn’t stand out as anything special.

It’s almost like in good times things aren’t as good as the narratives would have you believe, and vice versa. When things aren’t going well they’re not as disastrous as the crisis headlines and tedious column inches making definitive statements want you to think.

A bit like the way Zonal Marking is terrible thing that happens every time a goal from a set-piece is conceded. That was the first time we’ve conceded from a set-piece this season. How many free kicks/corners is that? Yet the one time the players switch off, the system is to blame. Forget that the system has worked well for a team that looked like it could concede from its own goal kicks such was our weakness from set-plays.

Sometimes, a goal happens. You can analyse why, you can probably figure out a way it could have been prevented, but that doesn’t mean it merits endless discussion. Plus, if that particular goal was a ‘touch of class’ in an otherwise dull game as I’ve seen suggested, can those writers please let me know how much time the player in question practices heading balls off his own shoulder? Thanks.

Meanwhile, a man who came into the side on Sunday without any of the ill effects of the bug that was going around (and let’s be clear, it’s not flu, because you can’t move if you have flu let alone take part in any kind of football match), was Thomas Vermaelen. The captain has been sidelined since the final third of last season after a series of performances that were well below his best.

Recalled for a massive fixture, I thought he did really well. He was switched on, alert, strong in the air, and although a little bit rusty with the ball at his feet, that’s forgivable given how long he’s been out. He’s found himself in a similar position to Laurent Koscielny last season. The Frenchman was probably Arsenal’s best defender the previous campaign but injury and circumstance saw him relegated to the bench. The manager’s decision to make Vermaelen skipper probably did have an impact on how long it took him to change it, but when his chance came Koscielny took it with aplomb.

Vermaelen is unlikely to get an extended run in the side off the back of the United performance, but the season is long, there will be injuries and suspensions, and it was encouraging to see him come back and play that well. Also, his attitude is a big positive as he says he’s ready to fight for his place:

I keep on reading stories that I want to leave, but that’s not the case. I’m still focused on the team at the moment and that’s what I want to do. Personally I’m still confident I can play for this club and every chance I get I will do a job.

Of course there’s an element of ‘what else can he say?’ and as club captain it would be counter-productive in the extreme if he agitated, but with a World Cup coming up you can be quite sure other players in his situation would do exactly that. Maybe not behind the scenes but certainly in the background.

After the Dortmund game one of the players, I think it was Aaron Ramsey, posted a picture on Twitter of him and a few teammates looking happy. Vermaelen was one of them but the look on his face, while obviously pleased with the win, was of a man who was missing out. He was only involved for a couple of minutes at the end, a time-wasting, defence shoring substitute, and it must hurt.

Anyone who plays organised football at any level knows how difficult it is to be on the bench. To be sidelined when all you want to do is play. Regardless of what professional footballers earn – and for some that will be the most important consideration – most of them just want to play on a regular basis. Vermaelen strikes me as one of those. To be captain of a club and benched, and then to watch the defence improve in your absence, must be a bit humbling, at least.

On Sunday he showed signs that he’s capable of lifting his career out of the funk it’s been in. That he still has something to offer and his attitude, even if it is what he should be doing and saying, is spot on. We are going to need him throughout the course of this season so let’s hope he can respond the way others have to being given something of a kick up the arse by the manager.