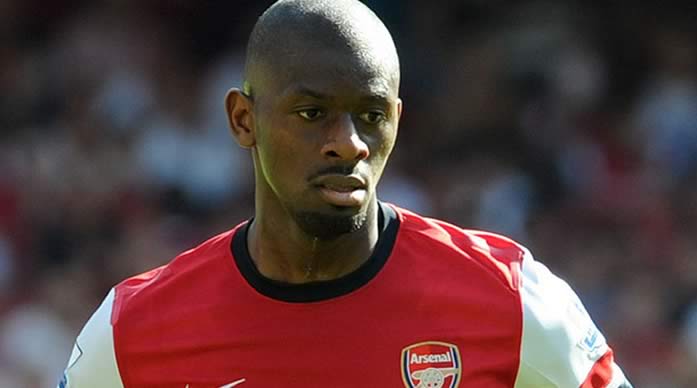 In terms of the team, Bacary Sagna is fit and in the squad again, while Santi Cazorla also returns for the first time since the North London derby on September 1st. I’d be surprised if either started, to be honest. The manager is bound to have Tuesday’s clash with Dortmund in the back of his mind, and while not suggesting today’s opponents allow us to rest and rotate a great deal, he might just err on the side of caution with both.

Sagna’s hamstring might well benefit from another few days and Carl Jenkinson is an able, if not spectacular, deputy. And Arsene’s comments about Cazorla lacking match fitness suggest a second half introduction rather than a start.

We might well see Rosicky play today and I wouldn’t even be that surprised if Gnabry started on the right hand side, allowing us to use our midfielders in the right positions. In the centre I think it’s a case of Arteta or Flamini, to be honest, although depending on who he picks in the wide areas he could use both. However, it’s interesting, and encouraging, that it’s no longer easy to work out who is going to play, and where.

Norwich lie in 18th position but the youthfulness of the season makes that less than representative of their quality and ability. There have only been 7 games, just 4 points separate 18th and 8th so it’s not as if they’re relegation fodder after a long struggle. They haven’t been playing well, that’s certain, but this is not a game we can look at as an easy three points.

To be fair, I don’t think there’s that kind of attitude in the squad these days. It was something players admitted to in the past, thinking they simply had to turn up to turn over lesser opposition, but the drive and experience we possess these days will ensure that’s not the case.

From our point of view what can we say other than to hope we can pick up where we left off. Sometimes an Interlull is well-timed to help us regroup, others it interrupts a nice flow, but when you go into one sitting top of the table all you can is look to get going again as quickly as possible. We’ve got plenty to hurt Norwich in terms of goals and creativity, and with Cazorla back if things aren’t going as well as they might, we’ve got quite the weapon to give us a kick on.

The way we’ve been performing anything less than three points would be a big disappointment, but I think we’ve got more than enough to do that today.

Elsewhere there’s bad news for Abou Diaby as further surgery to his cruciate ligament means he’s going to be out until March and, in all likelihood, will miss the rest of the this season. By the time he regained anything close to match fitness it’d surely be too late for him to make a contribution.

On a purely human level you have to feel for the guy. He’s not a waster or a spoofer, like some who have come and gone before him, but his career has been absolutely blighted by injury. Much of it stems from that Dan Smith tackle, but there must also be an underlying brittleness to his body. He wants, badly, to play football for Arsenal, but simply can’t.

I’ve seen suggestions that we should pay him off and get rid of him, but I find it hard to reconcile that with the values of the club. You can’t, on one hand, espouse the ‘class’ of Arsenal, then insist we discard one of our players who is suffering from physical injury and, after so many problems, must have a hard time coming to terms with the reality of his career from a mental point of view.

He’s being paid a lot of money? So what. He was given a contract, he’s perfectly entitled to his wages. His problems haven’t come from his shoddy lifestyle or riding a motorbike into the back of a car when he’s not allowed ride motorbikes.

For me the biggest issue was always our reliance on him in terms of numbers. There was a time when a Diaby injury might leave us short in midfield, and if there was a criticism to be made it was of the manager for allowing that to leave the squad in a weakened position. I understand his reasons to an extent, he wanted to give a talented player he believed in the chance to recover, but if we look at where we are now, it’s obvious that Arsene has more or less accepted Diaby won’t ever achieve what he wanted him to at Arsenal and has acted accordingly.

Our midfield is packed with options. We’re no longer left in the lurch when Diaby is out and that’s the way it should be. Arsene has realised that and we’re in a better place. In the meantime it seems opprobrium aimed at a player who has tried so hard to get fit, and whose career lurches ever closer to an unfortunate, premature end, is horribly misplaced.

Finally for today, in the Guardian Amy Lawrence meets Dennis Bergkamp. I’m midway through the book and it’s genuinely one of those ‘just another few pages’ as your eyes get gritty last thing at night.

And that’s yer lot this morning. More on the live blog later, and here tomorrow. Until then.