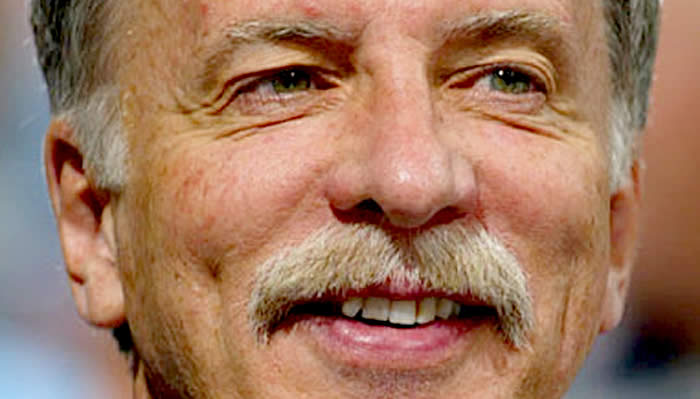 In a summer which has been frustrating, to say the least, it’s not been uncommon to hear people ask why the majority shareholder, Stan Kroenke, has remained his usual silent self.

Dan Smith (not the one who crippled Diaby) is an American Arsenal fan, and below he tries to frame Kroenke’s ownership of the club alongside his other sporting investments in the US. The fundamental differences in what’s expected from an owner are telling.

Shakespeare had it backwards. For Arsenal supporters, now is the summer of our discontent. Despite public saber-rattling from Ivan Gazidis, the very high-profile courtship of high-priced players like Gonzalo Higuain and Luis Suarez, and the indisputable truth that the club is awash in cash, Arsenal’s spend for the transfer window remains a big fat goose egg.

Arsenal’s dealings have always been shrouded in mystery. But since the ascension of American owner Stan Kroenke, things have become completely opaque.  As Amy Lawrence inquired in her February 2013 open letter, “As English sports fans, not entirely familiar with the U.S. model, there was a very keen desire to understand some basics. What’s the plan? What do you want from Arsenal?”

Amy framed the question well. The confusion that Arsenal supporters have about Kroenke is at least partially attributable to differences between the American sporting setup, where Kroenke made his bones, and the emerging group of activist owners in Europe.

Arsenal fans express confusion that a billionaire like Kroenke has not taken an active role in the club, guiding transfer policy and investment in the squad. It’s understandable. English football has been rocked in recent years by the influence of foreign ownership willing to spend big to win big. Jack Walker’s spending spree at Blackburn in the mid-90s pales in comparison to the influence Roman Abramovich and the sheikhs at Manchester City have had on the Premiership.

The rise of similar continental “projects” like PSG and Monaco will likely continue to affect the European landscape. These owners have come in with tons of disposable income and have briefed their football people in no uncertain terms to spend, spend big, and spend now.  By contrast, American owners like the Glazers at Manchester United and Randy Lerner at Villa have taken a hands-off approach to the football side of operations, leaving the assembly of a competitive squad to the manager and director of football.

The crown jewel of Stan Kroenke’s sporting empire in the United States is the St. Louis Rams of the NFL (The Glazers and Fulham owner Shahid Khan also own NFL franchises, Lerner is a former NFL owner).  The NFL, America’s richest and most popular sporting enterprise, operates in a fashion diametrically opposed to the Premiership. Whereas the Premiership is almost a purely capitalist entity, the NFL is run on a socialist model that actually deincentivizes (and arguably forbids) the kind of direct investment the oligarchs have undertaken in Europe.

Consider: First, the NFL is governed by a hard salary cap, which allows owners certainty on the cost of wages.  Second, the training and dispersal of talent occurs through a system that takes the emphasis off investment. Young athletes are trained in the hopelessly corrupt system of college football, earning “an education” in exchange for a few years of cheap labor.  NFL teams do not need to invest in youth academies as a result and their scouting expenses are largely pooled with the other franchises.

Ultimately, talent is dispersed through a draft system, ensuring that the weakest teams get the best talent at a bargain price.  Third, the league shares revenue from its massive television and merchandising contract, ensuring that all teams have their expenses covered from the league pool.  The draft system also encourages parity and discourages dynasties, allowing fans of every franchise the theoretical hope of a Super Bowl run every few seasons.

Fourth, the league acts in concert to engage in political lobbying, allowing NFL franchises to receive unimaginable public largesse in the form of taxpayer-funded stadia and training facilities.  The whole system is designed to ensure ownership a consistent return on their investment.

In return, the league expects its owners to follow the rules. Keep your head down, go with the flow, work through the team.  The vast majority of owners – “Silent Stan” – among them, are happy to follow along and reap the benefits.  According to Forbes Magazine, the average NFL franchise is worth $1.17 billion and the league as a whole made a 13.8% operating margin last year. Kroenke’s Rams are among the lowest in team value at $875M ($21.1M in operating income last year) but won a critical arbitration case in St. Louis that could allow them to relocate (perhaps to the lucrative Los Angeles market) in the next few years and potentially increase the value of the team by hundreds of millions of dollars.

In fairness, other U.S. sports aren’t quite as rigid. The NBA (featuring Kroenke’s Denver Nuggets) and NHL (Colorado Avalanche) are less extreme in their control over player salaries and team expenses. Mega-rich owners have been able to exploit these leagues somewhat by pouring money into advanced statistical analysis and overseas scouting, but Kroenke has shown no such inclination. MLS (Colorado Rapids) has some flexibility for acquiring high-priced talent (e.g. David Beckham), but Kroenke’s own franchise has eschewed that opportunity.

What can this quick-and-dirty review of American sports tell us about Stan Kroenke? I would say a few things.

One, he’s going to defer to the sporting side of the organization to decide how to spend and allocate money. Arsene Wenger will continue to have almost complete autonomy over the football side of the club. The lack of checks and balances in this arrangement are, at least partially, responsible for the club’s current state of affairs.

Two, he’s not going to go out of pocket to dump huge sums into transfers or wages. Arsenal will be expected to be self-sufficient. Kroenke’s hiring of Ivan Gazidis, who has modernized Arsenal’s marketing deals and stabilized cash flow, reflects this priority.

Three, he’s in it for the long haul. Kroenke will view Arsenal as a remarkably stable long-term investment, given the stadium, the club’s north London address, and history. Unless bowled over by a ridiculous bid, he’s not going to sell out. In fact, I am unaware of any situation where Kroenke has sold a sporting franchise (although he will have to divest himself of the Avalanche and Nuggets due to NFL regulations in 2015, ownership will probably devolve to his son).

Four, Amy is not going to get an answer to her questions. Kroenke is going to remain at his Montana ranch overseeing (but not micromanaging) this investment.

I do not think there is anything wrong per se about Stan Kroenke running Arsenal in this hands-off fashion.  However, in the club’s current position, it sure doesn’t help. Arsene Wenger appears hell bent on assailing the Premiership season with a threadbare squad and has, thus far, assigned no particular priority to spending a chunk of the club’s resources on reinforcements.

Kroenke is not going to inject himself into that decision. I firmly believe, by contrast, that Kroenke would back Wenger to the hilt if he chose to spend, and spend big, this summer. Moreover, the club’s negotiations this summer, run, by all accounts, in an amateurish fashion, have contributed to the frustration. Arsenal fans are eager for someone within the organization to shake the club out of this apparent malaise.

Unfortunately, Stan Kroenke is not that man.