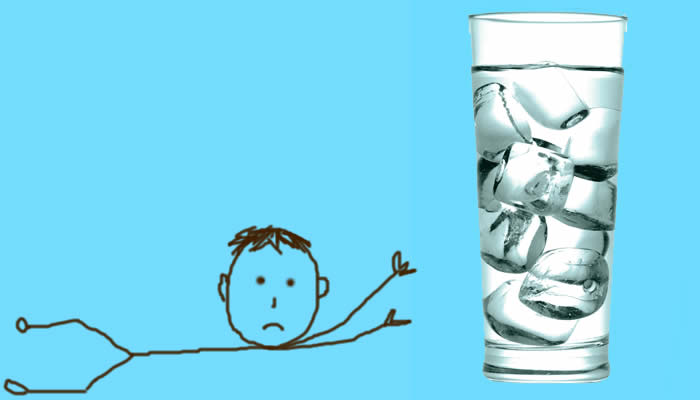 So, as we head into a new week, the light at the end of the tunnel is visible.

After what seems to have been a long, long summer, the new Premier League season kicks off on Saturday. The old romantic in me can’t help but be somewhat excited and enthused. Since the dawn of time (or at least the point where I was aware of football), there’s a part of me that simply believes in the start of the new season.

Anything can happen. Everyone starts equally. Arsenal could certainly win the league. And the cup. And then that other cup. And possibly the European Cup in later years. It’s a childlike , innocent belief that Arsenal, simply because they are Arsenal and I choose to support them, will live up to the standards I project upon them.

Even in our worst years, when we had no chance of winning the toss let alone the league title, I still still had that part of me that thought we could do it just to prove everyone wrong. This time around though, while there’s still some of that left over, there’s another part of me that isn’t looking forward to this season as much as I would like.

At the end of the last campaign, having seen this team scrap, fight and work so hard to make the top four, I firmly believed that we would make the most of that. I believed, because it seemed so very obvious, that the efforts of the players – and make no mistake the credit for the run-in goes almost entirely to them, in my opinion – would be rewarded. Instead, we’re 6 days from kick off and our squad is lighter, less experienced, just as injury prone and we’ve turned a £10m profit in this window so far.

The players have been vocal about what they’d like to see from the club. They know more than anyone what a monumental effort it took to get 4th place last season. They know how hard it was, and what it required in terms of effort, discipline, concentration and nerve. Almost all the ‘top’ guys have gone public, urging the club to help them, to bring in the new players they know they need to win something.

And still, nothing. As much as I feel frustrated from a fan’s point of view, I feel for them too. Because after all the goings-out, ridding ourselves of wasters, chancers and never-good-enoughs, we’re left with group of decent, honest, dedicated professionals who will give us 100% in every game. We’ve got a nice mix of experience and youth. Guys who have been around, know what’s required, and can help guide the younger ones; as well as blossoming talent who can grow and develop into really excellent players.

It’s not unreasonable to think that we’ll see more this season from the likes of Ramsey (excellent on Saturday against Man City after a fine 2nd half to last season), Wilshere (being eased back into full fitness, Oxlade-Chamberlain, Gibbs, Walcott and even Carl Jenkinson (still the number 2 at right back for me, but has time to learn).

Similarly, Koscielny has matured into a quite excellent centre-half, making a lie of accusations Wenger can’t buy defenders. If you watched the City game on Saturday, you might have thought the clock had been turned back such was the performance of Bacary Sagna. He looks back to his old self, fully fit, the two broken legs behind him, and keeping him this summer was really important in my opinion. Cazorla, Mertesacker, Rosicky, Giroud, Podolski, all good players and exactly the kind this squad needs.

But to take us to the next level we needed to add more in terms of numbers, but more importantly in terms of quality. You go from having options like Chamakh and Park, to seeing the likes of Podolski as your back-up. And he’s a player who, if he performs well enough, can start also. This is what makes a squad truly competitive. If your pecking order is so established that there’s no room for rotation or change, then things get stale.

That’s what’s made this summer so frustrating for me. I know people have said I’ve taken a more negative stance than usual, and I fully accept that. But as somebody who writes every day about Arsenal, the narrative is shaped by what’s happening. Or, more pertinently, what’s not happening. I have no agenda, I’m an observer and commentator.

The clear-out has been executed with efficiency and I don’t think anyone can really argue with any of the decisions made there. I said earlier that I found it hard to believe that there wasn’t some kind of plan when it came to these players. Which made me believe there had to be a plan about the ones coming in. At this point, with the season so close, the assumption I make is that we’ve been either been unable to execute than plan, or I was wrong to think there was one. I suspect it’s the former, but I guess you never know.

Either way, if the plan was to get to the eve of the new season without adding to the squad, then that plan is flawed. Wrong. Almost damaging. It remains to be seen what the Villa game will bring, and although I’m confident after seeing the way we played against City, there is no room for dropped points. The reaction, if that happens, is almost stomach churning to consider.

And while no football club should operate and do business simply to keep the fans happy, for me they’ve missed a huge opportunity to create a good atmosphere around the place. Strong, decisive, ambitious action in the transfer market would give us a better team. Fans take their cue from that. Not from corporate double-speak and empty rhetoric, which is all we’ve got so far. You barely need to scratch the surface to find the discontent (see jeers at half-time in the Emirates Cup, for example), and there really is no need for it to have been like this. Our 12th man is simultaneously cacking his pants and cheesed off.

I don’t think any Arsenal fan can look at the squad as it stands and feel confident for the season ahead. As much as I like the players we have, there’s no good reason to think it’s a group that can withstand the rigours of a full season. Dismiss concerns as worrying about worst case scenarios all you like, but injuries will occur, suspensions will be dished out, form will fluctuate, and at the moment we don’t have the depth to cope with that.

Maybe this will be the week that things happen. Maybe by Saturday we’ll be stronger and, ultimately, more confident about what’s to come, but I still maintain that Arsene, as he’s the one that calls ALL the footballing shots at this club, has made a mistake in getting this far without making his team stronger. Of course that will be all be borne out through results, but there can be no hiding place for him if, and when, points are dropped. That’s the reality of it for me. Whether it’s reasonable, or not, the consensus will be that his inaction, and apparent unwillingness to spend money, will be the root cause.

As a fan it feels like being a thirsty man strapped to a chair with a delicious, freezing cold drink of water on the table just out of reach. We can see the condensation on the side of the glass, the ice clinking, but our mouths are dry and woolly like a hot morning after a load of pints the night before. Why won’t they just give us a drink?

Bonus: For those who might suggest that finances are a reason for us not to splash out, the ever-excellent Swiss Ramble looks at our transfer summer from a financial point of view. tl;dr – the money is there. We’re sitting on it.