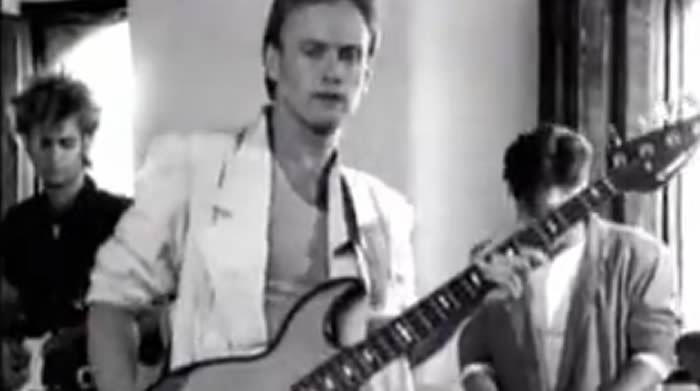 Well, it’s been an inauspicious start to the new week. Yesterday was a day on which nothing happened from an Arsenal point of view.

Nobody went. Nobody came. Plus ça change. If you missed it last night, we had a good discussion about the summer so far on the Hangout thingy. While fully accepting the fact that ‘It’s still July!’, you can’t ignore there are issues. Our ducks were in a row, now one of our ducks has a broken wing and has to learn to fly again, learn to live so free, while another duck has ended up slathered in orange sauce and served with a carpet of seasonal vegetables.

You can see it all again here, if you fancy, and there were some interesting points made. Not least from Gunnerblog who, rightly enough, hit on the fact that the club themselves talked up what they could do this summer. Asked if we could spend £250,000 a week on a player’s wages, the reply was that we could do more than that if we wanted. We did nothing to distance ourselves from links with Wayne Rooney. While they might have been spurious and little more than to provide copy for newspapers, we played along. If expectations were raised, we played a big part in that. If selling clubs are talking to us knowing we’re flush with cash, well, we can’t wonder how that happened.

The common thinking is that it was Ivan Gazidis going public on purpose to show that the club had the financial strength to do big deals and that if they didn’t happen, well, there was somebody else to blame. Was it to put pressure on Arsene Wenger? If so, that hasn’t really worked, has it? Trying to brow-beat the most stubborn man in football probably isn’t the best idea either.

Remember that time everyone was crying out for Arsenal to sign a centre-half in the January window. We needed defensive reinforcement (can’t quite remember why, probably something to do with Sylvester), and what did Arsene do? He bought Andrei Arshavin.

I think it might have been after the Hangout ended and we traded all the secret juicy gossip (there’s none, don’t worry) when Arse2Mouse wondered in what other football club would a Chief Executive have to resort to mind-games to get the manager to spend a great big load of cash? They’re usually falling over themselves to buy players, spending money the club doesn’t have, yet we’re trying to get Arsene to please, if you don’t mind, spend some of this ahhh come I’ll be your friend.

On BBC 5Live last night, Amy Lawrence talked of Arsenal being in something of a muddle and suggested there’s some political wrangling going on. Listen here:

You can hear the full show (there’s some stuff about Suarez in the build-up, starting at around 50′) here – http://www.bbc.co.uk/programmes/b037j6hq

I think what’s fairly obvious is that there’s nobody with any real influence over Arsene when it comes to this sort of stuff. If the Chief Exec is using the media to try and put pressure on him, then there’s something a bit wrong there when you step back and look at it.

However, stepping back also gives you the chance to look at this a bit more objectively, something the man from East Lower insisted on doing last night (the hat wearing bounder), and when you consider all the circumstances, it seems ludicrous to think there won’t be new faces in the coming weeks. Yes, you can, like me, question why we haven’t done things in a more timely fashion, but there’s gotta be somebody coming. Right? RIGHT?!

The other thing that gives me a bit of confidence is the fact that so many players have gone out. That suggests to me that Arsene Wenger sat down, looked at his squad, declared those players transferable, and the club have, in fairness, done pretty well in moving them on. We’ve cut contract deals with the likes of Santos and Denilson to get them off the books on a permanent basis, and while finances might dictate we have to consider a loan move or two, we’ve got rid of a huge amount of the deadwood, saving ourselves hundreds of thousands a week in wages. That sounds like, you know, a plan.

So, if there’s that level of squad analysis and strategy, it makes little sense to me that Arsene hasn’t done the opposite and highlighted where his squad needs new faces. Would he have let Coquelin go without having made a decision to bring a midfielder in? We’re so light in midfield and at centre-half that a couple of injuries leaves us up that foul smelling creek without a paddling implement. No paddle? That’s a paddlin’.

So while fear and trepidation and a creeping sense of unease are hard to shake, the very small part of me that deals with common sense and logic draws solace from that analysis. Despite his stubborn ways; despite his, perhaps overstated, belief in the players he has; and despite his aversion to spending in a way that most clubs have to spend to get the players they want, surely Arsene Wenger can see that with 3 or 4 good players he’s got a real chance at challenging for the title next season?

It can’t have escaped his notice how last season went. I doubt he went into the final day singing ‘Zip a dee doo dah‘ while the rest of us tried not to cack our pants. He knows how close we came to missing out on the Champions League, so why wouldn’t he want to put that right and make his team better? We’ve been in for Higuain, we’ve bid £40m for Suarez, there’s a desire there to spend big on big players.

That’s my straw people. I’m clutching it. Let’s all clutch. Come on, you mother clutchers.

pps – Here’s the Hangout in audio only on Soundcloud.

Mikel Arteta wants transfers as much as we do