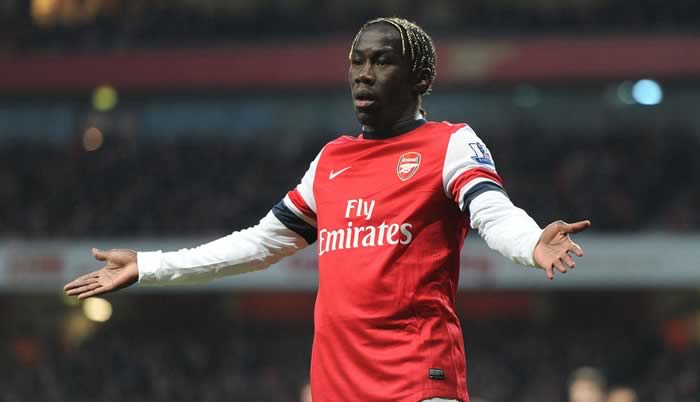 from an Arsenal point of view some bits and pieces going on. There’s more Higuain stuff flying around with stories that he’s agreed personal terms ahead of a ‘record’ bid from us to Real Madrid, but I don’t think there’s much we don’t already know.

While certainly a little challenge, personal terms were never really going to be a problem based on the fact we’re so much more ‘liquid’ these days. The more difficult part is going to be doing the deal with Madrid. They’re open to the sale, we know that, but they also want good money for a top quality player who is heading towards his peak years and still has a fair amount of his contract to run. While it might well be another small step forward, I’ll wait until we hear how we’ve agreed a fee before I start to get excited.

Meanwhile, Bacary Sagna says contract talks with the club are ‘ongoing’, which makes for an interesting situation. Here’s a piece I wrote for ESPN about why I think he should stay one more year, at least. That way Arsenal get to keep a player who has been loyal and consistent, who brings quality and experience to the side, and allows room for the development of Carl Jenkinson.

At the end of next season he’d be a free agent and I don’t think anybody would begrudge him a move at that point. What’s interesting is if him staying is reliant on a new deal. It’s been widely whispered that he’s got a big offer from PSG but in an interview yesterday, he spoke more like a man minded to stay than to leave, saying:

I truly believe we can be champions or else I wouldn’t be playing football. I would have gone already. I truly believe we can succeed with the team we have. I think we just have to stick around as a team, where each one helps out on the pitch, and stay consistent like we did in the second half of the season.

Now, whether that’s just bluster for the press remains to be seen, and I think he realises the team needs improvement too, but I just feel people, perhaps myself included, have written him off a bit too soon. Two broken legs in one season is a lot for any player to deal with and I have no doubt it had an impact on him during the last campaign.

However, one duff season since he joined isn’t necessarily proof that he’s finished or past it, and how often have we bemoaned losing experienced players at an age when they could still make a valuable and important contribution to the team? Plus, I think our money could be better spent in other areas of the pitch, so I’d want him Bac for good. Or at least for a little while. Let’s see what happens.

Meanwhile, Gervinho says he’s going to think about his future after interest from Marseille. Just the other week he was talking about staying to fight for his place, now he’s considering his options. I don’t know if that’s because what’s on offer back in France is so tempting or if he’s aware that Arsenal plans shunt him further down the pecking order, but it is something of a change.

From what I hear the club aren’t opposed to the idea of him moving on, but I suspect much will depend how much is on offer in terms of a transfer fee, and we’d be keen to recoup as much of what we paid for him as possible. It might also be something that’s dependent on a signing. While I think we’ve got to find more room for Alex Oxlade-Chamberlain next season, adding something a bit different and unpredictable (in a more deliberate way than Gervinho) might not be a bad thing.

And in further exciting transfer news, Eintracht Frankfurt have confirmed they’re discussing adding The Greatest Striker That Ever Lived to their team for next season. Bendtner said he’d make a decision about his future inside two weeks … and that was about two weeks ago. Fingers crossed those talks with Frankfurt go well and although we’re losing a player whose quality, effort, commitment, professionalism and heart are second to none, it’s probably best for all concerned at this stage.