There has been a lot of chatter about how Arsenal will sit proudly on the top of the Premier League table for the next six weeks, and obviously that’s a very good thing. Top is excellent. Top works for me. I like top.

However, as Arsenal fans we have been plunged from a lot of something to a whole lot of nothing. Since October 1st, we’ve played 13 games of football, and now we have none. This is a bit like going cold turkey. Where once there was an abundance of Arsenal, now there is none.

To be fair, we’ve had some practice. Interlulls are like little mini breaks in comparison to this one. It’s not that long ago that football everywhere stopped completely because of the pandemic, and we came through that one eventually. Nevertheless, as much as I will enjoy the basking and being top, I will miss us. Not least because I was enjoying our momentum, and this stoppage is the equivalent of dropping a pill in a nightclub then someone turns the music off and the lights on just as you start to feel the effects.

We’re all dancing to no music right now.

So, we’ll have to get our fill of stuff from elsewhere. Obviously the World Cup will play a major part in that, and I spent some time this morning looking at this picture of the England squad. 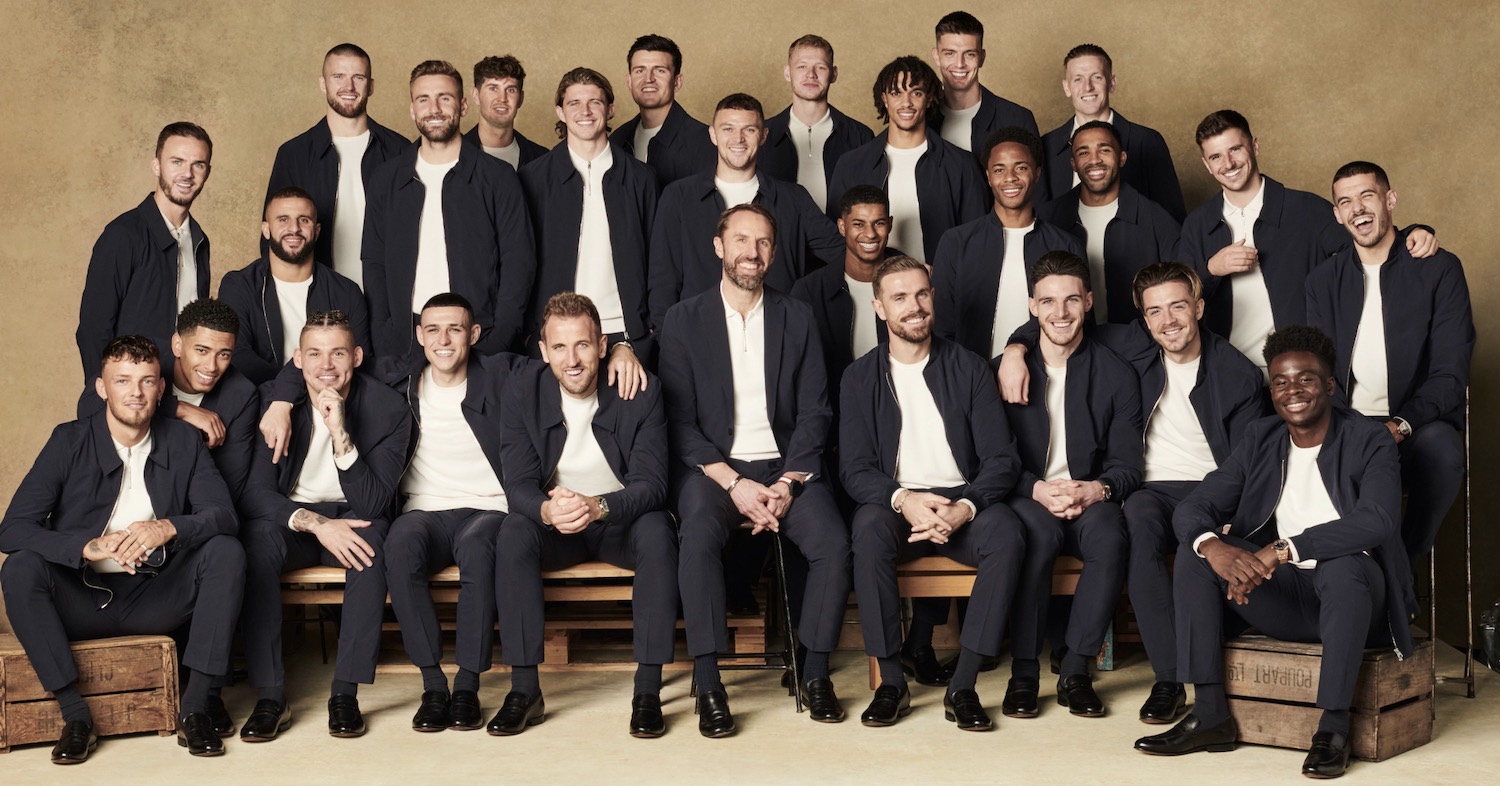 I love our Arsenal boys, don’t get me wrong, but there’s something about this image that makes me think Gareth Southgate is the leader of a seemingly benign cult who spread their word by a vast advertising campaign on podcasts, selling a supplement powder they manufacture on their own farm from broccoli, assorted leaves, and bark (provenance not included).

“Are you feeling under the weather? Do you miss having that ‘Get up and go’? Well, simply add one ladle full of Southgate Greens to a glass of water, mix, and you’ll instantly feel better.

“It’s full of Vitamin Harry. Use the offer code PODBASTARD10 to get 10% off.

“Terms and conditions apply. Any tail growth is completely accidental and nothing to do with us. May cause rectal bleeding, erectile dysfunction, and lumbering centre-halfness.”

Elsewhere, as a club that has been through one or two difficult moments with senior players whose talent has waned and who, perhaps, like to use the media to keep their own personal fanbase onside, the Cristiano Ronaldo stuff is objectively very, very, very funny.

Clearly some of the stuff he is saying is designed to ensure that he never plays for Man Utd again. A scorched earth policy to burn all those potential bridges because he feels ‘betrayed’. Far be it for me to defend Man Utd, but what is the betrayal in paying him a reported £500,000 a week to amble about a football pitch? Was it not a betrayal of sorts that he was going to go to Man City in the first place, given his history at United?

It’s a perfect demonstration of how you have to let head rule heart when it comes to football decisions these days. There was no good reason for them to sign him, other than to stop him from going to City. It was an emotional decision, not an intelligent one, and you didn’t need to be an expert on anything to predict that a preening narcissist might ultimately cause substantial issues as he blames the passing of time – which waits for no man – on everyone and everything else. He’s nearly 38, there is no fountain of youth, and that obviously stings.

As for the medium through which he conducted this interview: if anything demonstrates how detached he is from reality, or something even vaguely conscious of how regular people and regular football fans feel, it’s going on P*ers M*rgan’s show. A genuinely dreadful human being; a flip-flopping sycophant; a thin-skinned media parasite; and a man who knows so little about football and Arsenal – the club he purports to support – that he thinks Ronaldo would be a good signing for us right now.

How stupid do you have to be to think that? Very stupid indeed. And his depth of his stupidity is beaten only by his abject viewing figures.

I remember a friend of mine, who shall remain nameless, doing a TV thing into which that man was parachuted at the last minute. I asked “How was it?”.

“Think about how bad you think it would be,” they said. “But far worse than that.”

Which says it all.

Right, I’m off to get some breakfast, have a good one.