The Partey has started + Arteta on ‘killer instinct’

Morning all. Hope you’re doing ok. Time for a Saturday round-up and I thought Mikel Arteta’s comments on Thomas Partey were interesting. You’ll remember that not too long ago, the Ghanaian was brutally honest in his assessment of himself and his performances at Arsenal, giving himself a rating of 4 out of 10 since his arrival.

I think he was probably a little harsh, but the spate of injuries never allowed him to find any real consistency and rhythm, and thus he never quite got to the level we knew he was capable of. That display at Old Trafford last season is what we know he can do, but we rarely saw it.

Now, things are different. He was absolutely superb in that Man City game on New Year’s Day, then there was the brief AFCON interruption and the red card, but to me, at least, it’s clear he’s much more influential. His role as the deepest lying midfielder is a testament to the trust the manager has in him, and while other players might have made the headlines for their contributions, he’s been a key part of this recent run of wins.

Arteta was asked about Partey’s rating of himself, and said:

I think when you are honest with yourself it’s a great starting point and when you assess yourself in the way that Thomas did publicly, it’s a really rare thing to do. He did it because he believed that was the case, that he wants to give much more to the team and to the club and probably that something has clicked again, probably the fact that he’s been injury-free, it’s a massive thing in there, but as well he’s probably more fit because he’s doing things better.

I do wonder what he means by that last line? This is a guy who played pretty much all the time for Atletico Madrid in one of the most gruelling systems there is, but maybe it’s something just as simple as understanding the pace and physical demands of the Premier League. Either way, he has become a key component to what we are doing and what we hope to achieve. I do think the consistent presence of Granit Xhaka alongside him is a help and I’ve always felt he connected well with Martin Odegaard whose role is much more an advanced, right-leaning 8 than a traditional 10.

His all-round game is nigh on unquestionable, I think, but there’s obviously room for improvement – especially with his shooting. On that, Arteta insisted he does it in training all the time, but laughed:

You won’t believe me probably, so you will have to see one of those soon going into the net!

When you consider the importance of all the fixtures we have left, that would be good to see. We’re going to need contributions from unexpected places, points won by players you don’t necessarily expect in tough circumstances. I always remember a Gilles Grimandi goal against Crystal Palace in the 97-98 Double season being just enough to scrape a 1-0 at Highbury. In the rose-tinted mists of time, we often remember those teams as being more dominant than they actually were, when it fact they just had the ability or the will, more often than not, to find a way to win.

It’s something Arteta touched on yesterday too, saying:

The best teams have a killer instinct, and a mentality that is: here is only winning. Win today, tomorrow, the next day’s training and the following one. That culture and that education has to be set. It takes a little bit of time and that’s what we need.

The moment that is instilled, not only in the players but the staff around you – the coaches, the club, the director, the board and the crowd – then it is extremely powerful.

I think it’s fair to say that we saw an example of that last week in the game against Wolves. We went 1-0 down, struggled to find a way past their well-marshaled defence, but in the end we changed the game from the bench, kept going and were rewarded with two late goals. It was instructive that when he was asked afterwards if he’d prefer a comfortable win or a last-gasp win like that, Arteta went with the latter, because he felt the players would take more from it.

There was that very obvious issue of having never come back from a half-time deficit to win during Arteta’s time in charge – that felt like a hoodoo that needed to be well and truly buried – but within the squad itself having the belief that a game is never lost until the final whistle is so important. Not just for our players, but if the opposition know they’re playing against a team who can make things happen in the final stages of games, it can play into the way they react as they try to hold onto what they have.

Ideally, of course, you want to win games more comfortably than that, but the ability to do it late is still an important string to add to your bow. All the best teams have been able to do it with some frequency, so let’s hope this is the start of something in that regard.

Right, let’s leave it there. Over on Patreon there’s a Watford preview podcast for you, as well as another one of our Poorly Drawn month recaps – which is such fun to do with @cantdrawarsenal. This time, we look back on February, a sample below – you can sign up to Patreon for just €5 a month at patreon.com/arseblog.

Back tomorrow with a match preview, live blog and all the usual coverage. Until then, have a great Saturday.

Poorly Drawn Sample – can you guess the moment?! 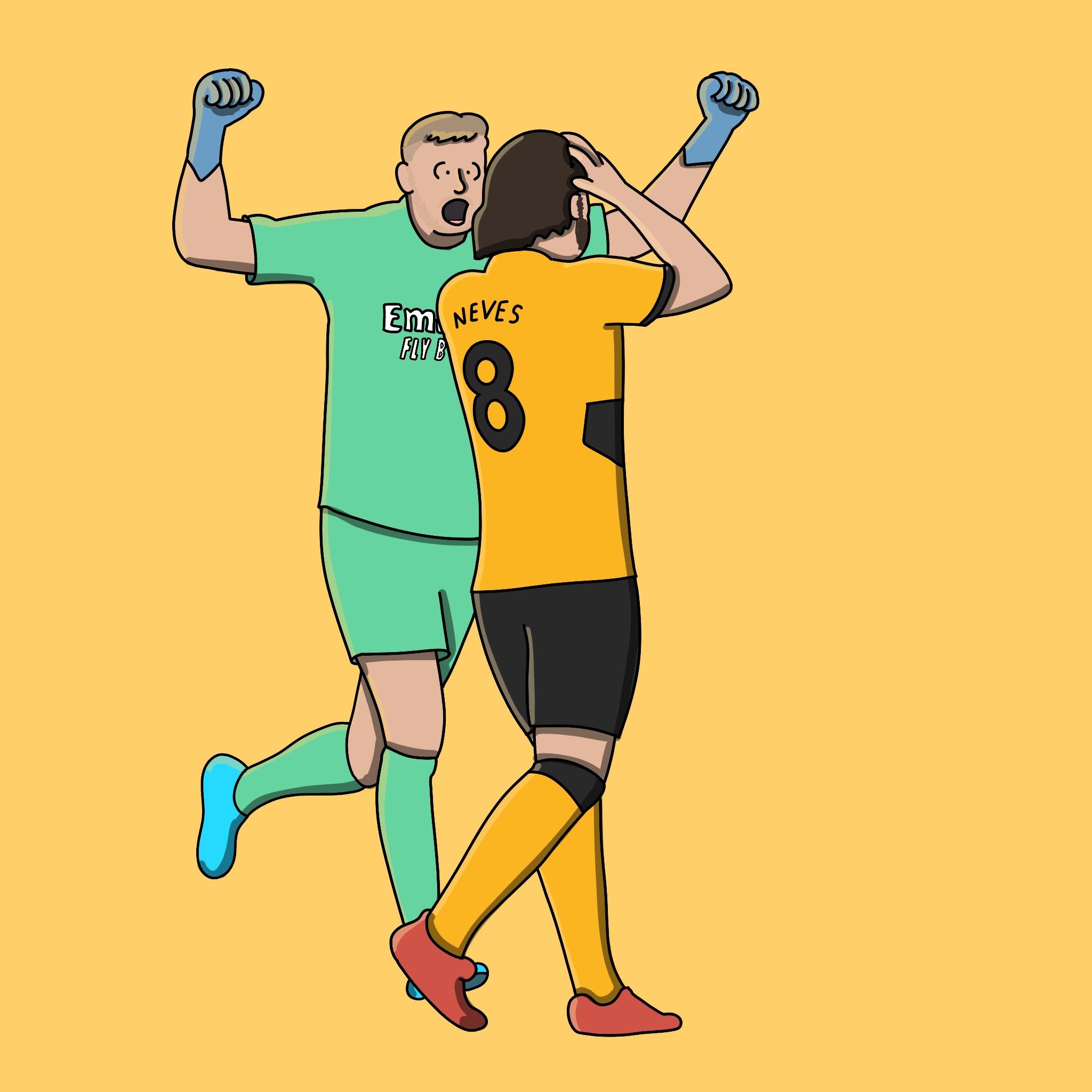