Morning all, a quick Christmas Eve blog for you.

The festive fixtures are in the spotlight again after Wolves game against Watford was postponed due to Covid. The Hornets will now have had three successive games called off, but their game on the 28th is expected to go ahead as they will have sufficient numbers due to players coming out of isolation. The wisdom/fairness (whatever you want to call it), of having to use players who have spent 10 days away from training is another question, not relevant specifically to us but still something to think about.

However, the knock-on effect for us is that we play Norwich on Sunday, then Wolves at home on Tuesday, with less than 48 hours between kick-off times. The visitors won’t have played since December 19th, basically ten days rest and preparation when we’ll only have one. The idea of playing two games in such a short space of time is ludicrous enough anyway, but at least if everybody’s in the same boat and both teams have to rotate/play weakened sides because of fatigue etc, then it levels the playing field a bit.

As it stands, Wolves now have a massive advantage for this fixture. Some will have little sympathy, clubs have big squads and it’s up to a manager to use the full depth of them, but realistically we know there’s a big variance in quality and being unable to pick your very best team is far from ideal. Then you’re facing a side that has had their feet up and enjoyed a lovely relaxing period which means they can go into a game with their batteries fully recharged. It’s not an pre-emptive excuse by the way, just the reality. Ultimately, it’s on us to perform, but it’s still a considerable handicap.

The striker situation at Arsenal is a difficult one, in the short-term given the absence of former captain Pierre-Emerick Aubameyang, but also in the medium term with both Alexandre Lacazette and Eddie Nketiah out of contract in the summer. The former has not been offered new terms; the latter has, but turned down a new deal because he wants to go and play more regularly somewhere else. Which is completely understandable for a player who will be 23 when the season ends.

It was put the manager that there’s a bit of a cloud hanging over those players and that position. He replied:

We have a cloud and the cloud is there and, at the moment, we’re not able to change it. We’re working on it to try to make it as small as possible and as clear as possible, but it’s the situation we are in because contracts have details, the timing of them is tricky and we are trying to resolve it.

Clearly the Aubameyang situation is something nobody had envisaged. With another 18 months left on his deal, a new signing in the summer was probably the plan, and over the course of next season the baton would be passed down from the older man to the younger one. Now, we don’t know if he’ll ever play for the club again. It doesn’t seem particularly likely, especially when Arteta was asked if he – as a young manager – was too harsh in dealing with disciplinary incidents because he wanted to stamp his authority. He said:

I don’t establish my authority by being dictatorial or being ruthless. I just ask for one thing, respect and commitment. At this level, if I don’t get that I pack my bags and go somewhere else because that is the minimum I can ask for.

I am going to expect that from everybody who works for the club, first of all myself. To be successful you have to be passionate about something and, if you want to represent a club of this size, that is the minimum standard you have to bring. I am not going to ask anybody to put the ball into the top corner every time they hit it, but I will ask them to do the right things every single day for this club.

It feels like that applies to the ongoing Aubameyang situation, and as far as we know he continues to train away from the first team. What that means for his future remains to be seen, and what it means for our squad as we look to remain competitive throughout the rest of this season is unclear too. For now, there’s definitely a cloud but also something of a silver lining as the likes of Gabriel Martinelli and Emile Smith Rowe take up the slack and score the goals that our forwards aren’t, but is that sustainable?

It’s something we need to sort out sooner rather than later, because while those silver linings are very welcome, clear skies and sunshine are far better than clouds in the first place.

It’s been a strange, difficult year personally, and I know the same applies to many of you out there too. I hope you can be with friends and family and the ones you love at this time of the year, because when it comes right down to it, that’s what matters most.

Whatever you’re doing this festive period, whether you celebrate Christmas or not, I wish you the very best, however you’re going to do it. May you and yours have peace, good health and happiness.

Merry Christmas from all of us here at Arseblog, and from Archer and Lana (pictured below, demonstrating the relaxification that is necessary for this time of year). Andrew 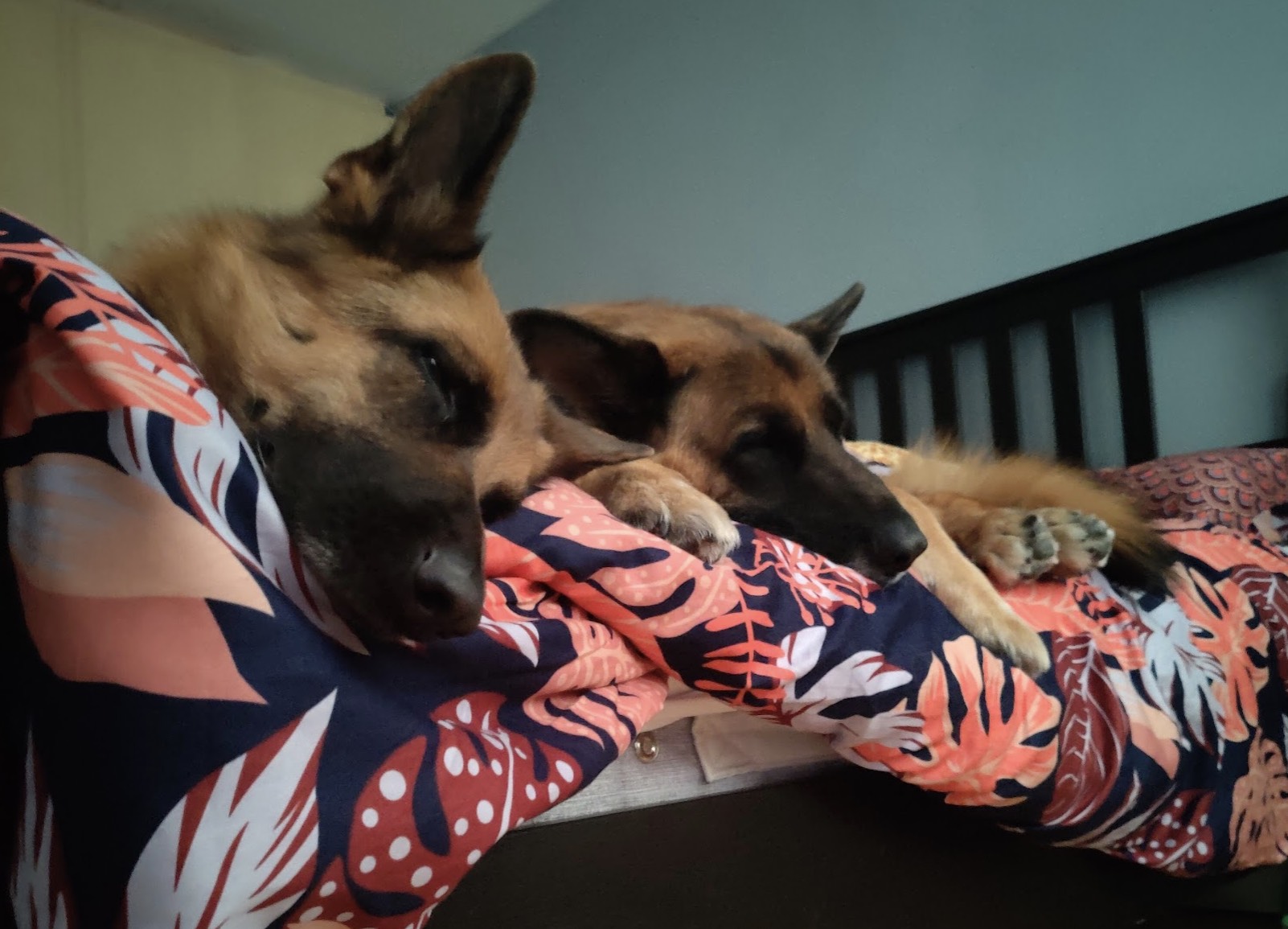