Morning all, a quick Friday round-up for you.

Let’s start with the snippet that Martin Odegaard has deleted his Twitter account. I don’t think I ever followed so I didn’t notice, but the reason he gives for doing it is quite interesting. He reportedly said:

A lot of crap. You must be careful what you expose yourself to. I don’t need to sit there and see all that. A lot of anonymity and strange things. It could be bad and scary if your head is not in the right place.

Quite the understatement there. Anonymity and ‘strange’ things. Instead of strange he could have used many words to describe the stuff sent to him, his teammates, other footballers, and even just random people who use Twitter, such as:

I wrote about my own relationship with the platform last week. I’m just a bloke with a football blog with some mostly reasonable, fairly uncontroversial (I think) opinions about the game and this team/club, and there’s a lot of stuff I don’t want to see. If I’m a young footballer, I’m absolutely sure I don’t want to see a lot of the stuff sent my way. Especially if, heaven forbid, you have a bad game, miss a penalty, lose form, or display any human failings whatsoever.

I think Odegaard’s point about anonymity is an interesting one, especially in the wake of recent discussions about how doing away with it would somehow be a solution for many of the issues social media presents. Yes, there are a lot of faceless, egg-avatar, no-real-name people out there who deal in abuse. There are also a lot of people who are quite prepared to do that with their real names right there, with details of their work and life in their bio.

“Love my club, love my kids, love my country, love my dog“, but quite prepared to throw out racist epithets on social media. Doing away with anonymity doesn’t do much about those people, does it? I’ve said this before, but ultimately it comes down to the platforms themselves being completely unwilling to deal with those who contravene their terms of service, because a) it’s resource intensive and expensive and b) they value themselves via their user-base and the bigger that is the better. So what if people are abused on the basis of their skin colour, religion, sexuality, nationality and all the rest? Let’s mine that data and serve those ads!

Obviously there are some potential upsides. If you’re ‘brand’ conscious, it’s a great way to do that kind of stuff. And let’s not ignore the fact you can have a good time, you can meet and chat with good people. I think we should also stop and think about the simple fact that we’re talking about footballers not being on social media for their own good, rather than really focusing on the fact they, as much as anyone else, should be able to use it without fear of someone publicly or privately sending them abuse. The platforms are broken, and they don’t want to repair them. That is the reality.

It’s a matter of personal choice. Some will be able to filter out most of it and perhaps compartmentalise the bits and pieces that get through – dismissing those people and their ‘opinions’ as irrelevant to their lives. Some won’t see anything because they have a social media team doing all their posting anyway – although that can come with its own problems: 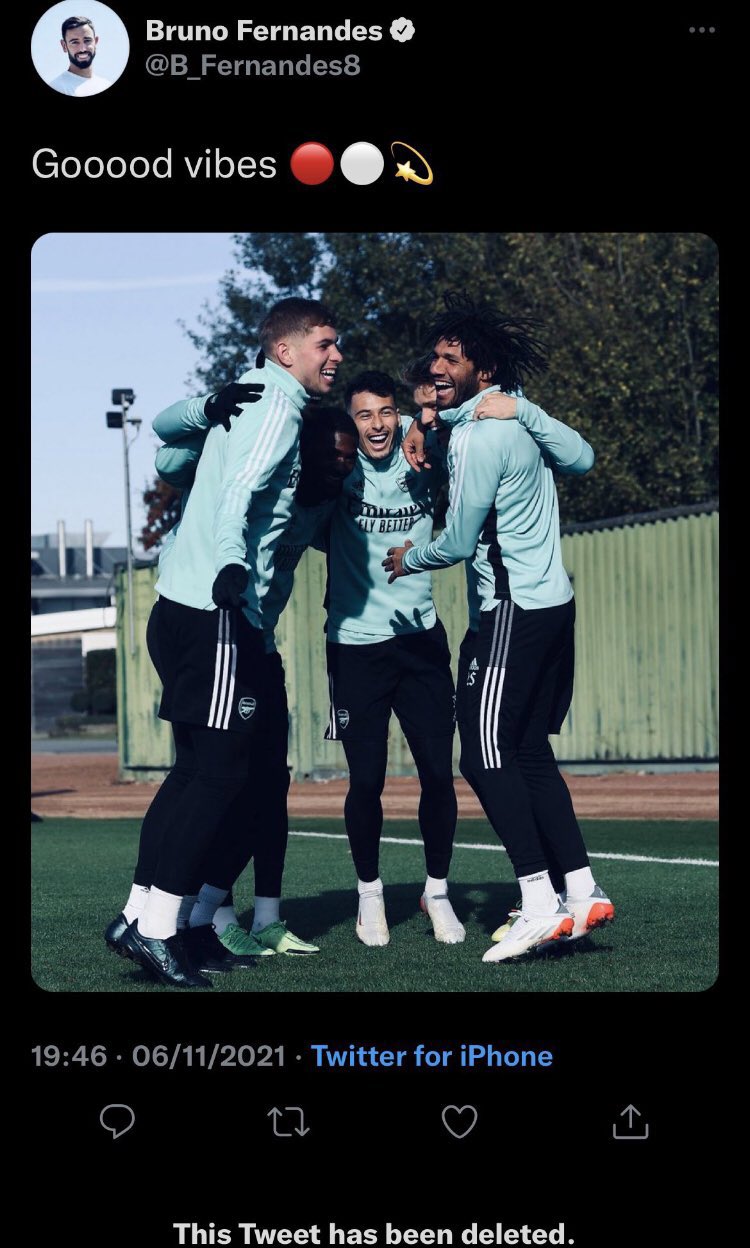 But there are people who will be affected negatively by it. Whether it’s abuse or criticism, it can sting, it can be very easy to dwell on the negative side of it, and detrimental to their mental health. Like a writer whose book gets 99 good reviews, but the 1 bad one whirls around in their mind and becomes impossible to shake. For them, there’s no benefit to social media, it’s just the digital equivalent of inviting a load of people to a party who trash your living room, break the TV and take a piss in the corner while telling you it’s all your own fault anyway.

To each their own. If Martin Odegaard has decided it’s a ‘load of crap’ that’s of no benefit to him at all, then so be it. There isn’t a one-size-fits-all thing with social media, and there’s not a lot about football Twitter he’s going to miss out on, is there?

Right, let’s leave it there for this morning. For some extra reading, Tim’s column this week looks at the next ‘big’ signing on the horizon, a striker.

There’s also a bit more discussion of footballers and social media in today’s Arsecast, as well as Arsene Wenger chat and loads more besides. All the links you need to listen/download are there, enjoy the show.