No man is powerful enough to thwart nature

Morning all. As much as I prefer to keep this place a Sp*rs free zone unless there’s absolutely no way of mentioning them (e.g – when they go somewhere, like the Emirates, and get battered), it’s difficult not to mention the managerial changes there this week.

After Nuno Espirito Santo was booed out of town and relieved of his duties, they’ve appointed Antonio Conte on an 18th month contract. For many, this is a concern, because let’s be honest, Antonio Conte is a very good coach, with a strong track record of success at his previous clubs. Nobody wants that kind of manager at Sp*rs. However, I’m not unduly worried.

Antonio Conte is a very good coach, but he is only one man, and he is only human. He couldn’t stop himself going bald, so why does anyone think he is powerful enough to deal with the immutable force that is Tottenhamium?! This is a fundamental element in their universe which glows brightly at times, but ultimately turns toxic, poisoning everything in its path, leaving a trail of hind-quarters brown discharge – like it is the British beach of its own territory.

Just as night follows day, the inherent Spursiness of Spurs will see him reduced to a shell of man, an enfeebled wreck, simply not strong enough to withstand the weight of history and lily-white contamination. There may be a period where he is acclaimed as a hero, he may share lovely boat holidays with the Chairman, and he may even make Eric Dier look like a functional footballer for a short period of time, but in the end, he cannot triumph over nature itself.

If you think I’m being funny or hyperbolic about this, consider the fact that this is a club which welcomed their new Italian manager, who was born in Italy and played in Italy and spent most of his managerial career in Italy – because he is Italian, just to be clear – IN SPANISH! 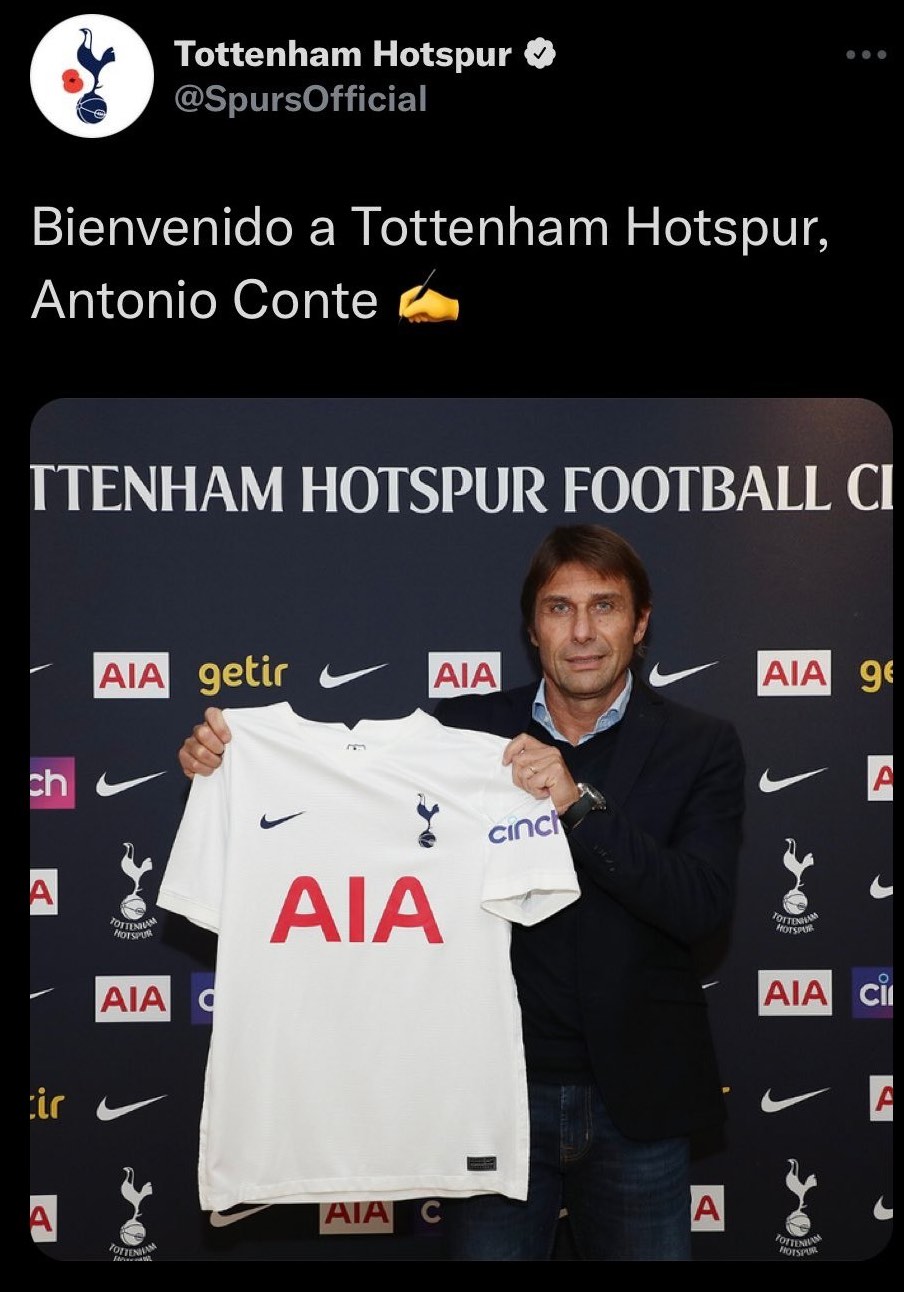 Grass is green, water is wet, and Sp*rs are always Sp*rs, will always be Sp*rs, Sp*rs without end, amen.

Meanwhile, it seems former Arsenal head coach Unai Emery is in the frame for the job at Newcastle. There’s a short-list of two – Emery and Eddie Howe – which makes me think the people in charge of Newcastle now have an incredible lack of football knowledge and a dearth of imagination, but that isn’t to complain. Merely an observation.

I know we’re only 10 games into the new season, but with the squad they have, and with the lack of points on the board at this stage, they look almost nailed on relegation candidates to me. I’m not sure if Emery is necessarily the right man to cajole the best of our Joey-Joe-Joe-Shabadoo Shelvey and Pippy Longstaff to save them from that fate, but hey, it’d be quite fun to see him give it a go.

I don’t hold any grudges against Emery or anything like that. He was the wrong man for the Arsenal job, for all kinds of reasons, but I think he did his best. It just wasn’t good enough and I don’t think circumstances and some of the executive level jiggery-pokery were particularly designed to help him succeed either. When you ask for one thing in the transfer market and they give you the exact opposite, it probably tells you something. When they force the departure of the club captain, until that point a pro with an impeccable record of hard work and commitment, so they can bring in David Luiz who had just signed a new contract at Chelsea but whose agent was mates with the Head of Football and the Technical Director, you’re probably entitled to wonder if you’re being set up to fail.

Anyway, Emery had a brilliant moment at Villarreal, winning the Europa League at the expense of Man Utd, and for that I will have a soft spot for him because it was so goddam funny and enjoyable. However, it hasn’t gone well since, it may well be time for a change there, and I’m sure the money on offer from Newcastle is far too good to turn down, regardless of how difficult the challenge is. Let’s see.

A couple of quick site things to finish off with today. We’re delighted to once again have been nominated for Best Fan Media at the Football Supporters’ Association (FSA) awards. We’re defending our title there, so if you could find the time to vote for us, it would be hugely appreciated: https://www.surveymonkey.co.uk/r/fsa-awards-2021

There are other Arsenal candidates in there as well, so if you wanna keep it red and white, details are below.

A few other Gooners up for awards too, including:

Finally, let me point you in the direction of Patreon where we’ve added a new Poorly Drawn Month, where we do a recap of all the ups and downs of the month just gone by – this time, October. Words by me, and artwork by the wonderful @cantdrawarsenal

The Sergeant Pepper inspired panel of Mikel Arteta and his staff picking up the manager of the month award is a joy! More at patreon.com/arseblog. 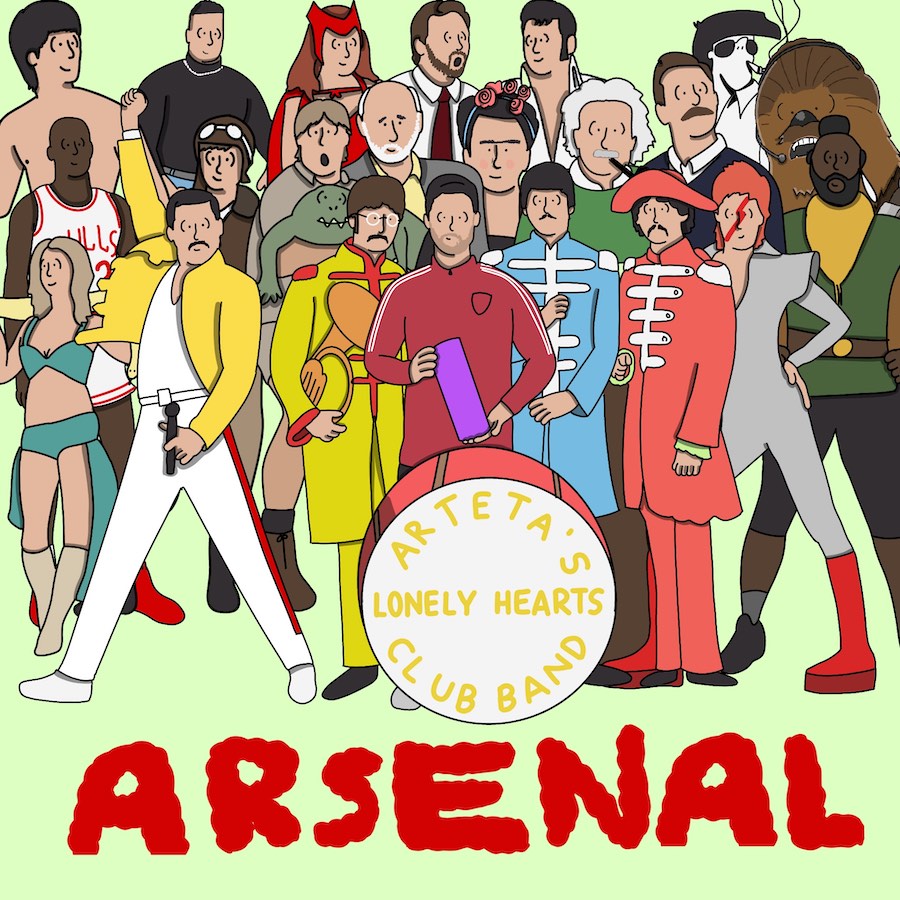 Right, that’s it for today. Thanks as always for being here, more tomorrow.

Previous articleA case for the defence + Saliba’s positive loan
Next articleOn-air, on there