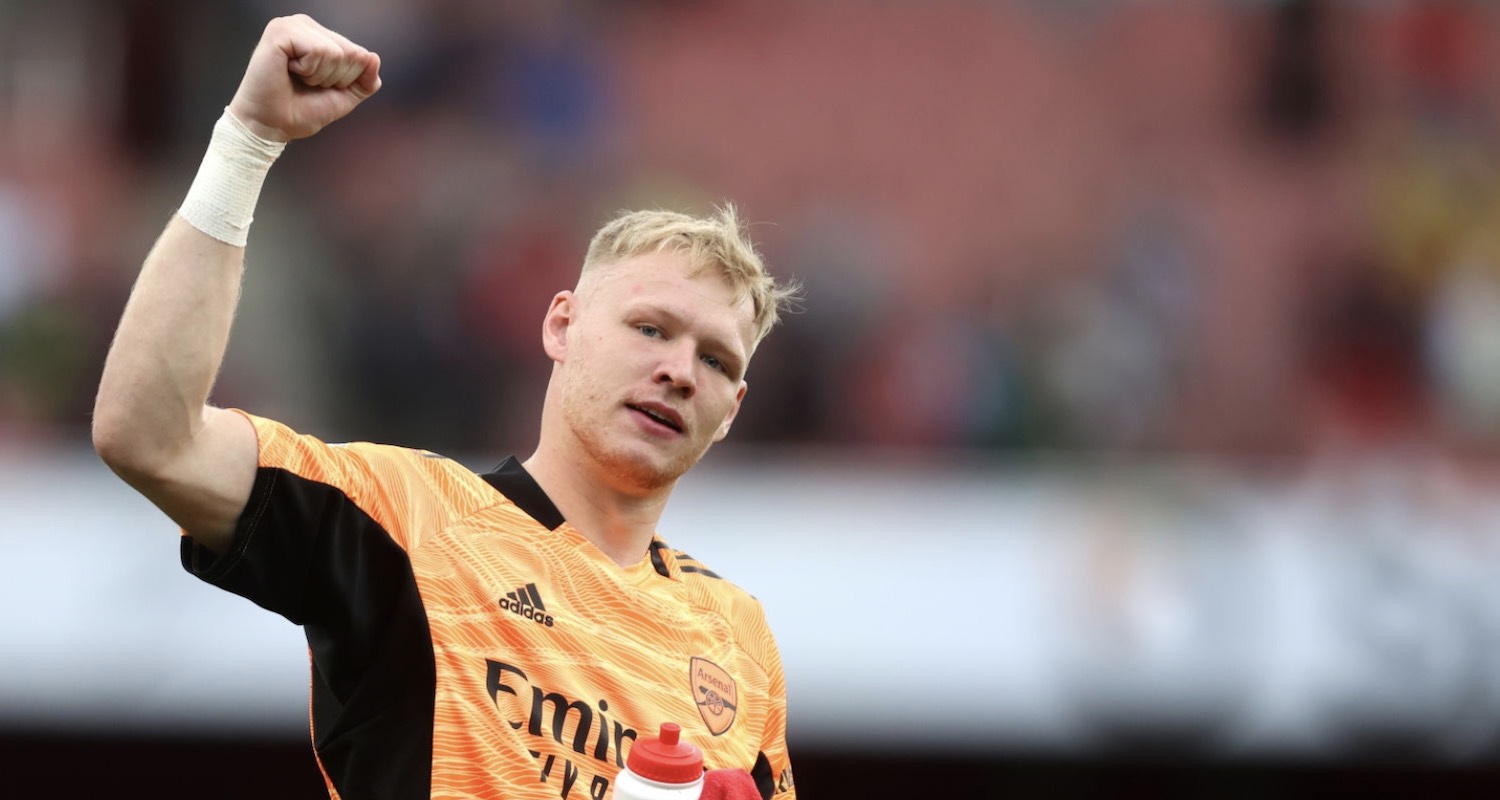 One of the most interesting aspects of Saturday’s team selection was the decision to start Aaron Ramsdale over Bernd Leno.

The German hasn’t necessarily been bad this season, and has made some good saves in some of the games. Still, there have been moments. Not coming for that cross in the Man City game (not that I think it would have changed much, and Calum Chambers was still at fault for the header), and the second goal against Brentford where I think it’s fair to say he was being fouled but at the same time too weak.

I don’t think the change was made based on just those three games though. Leno has been a good shot stopper for us since his arrival, and in his early days it was like having a goalkeeping Cesc Fabregas with the ball at his feet in comparison to Petr Cech who looked like Clumpy Joe trying to play the ball out from the back and almost scoring own goals when making a simple pass. It feels kind of startling how quickly he’s lost his confidence in that regard.

I wondered about his recent tendency to go long so often with goal kicks, whether it was a lack of confidence on his part, but lest we forget, let’s remember what Mikel Arteta said when he was asked if he got nervous seeing his team play out from the back:

No. I get nervous when we kick the ball long! The quicker it goes there, the quicker it comes back. I’d rather do that with the right structure, the right timing and using the right spaces.

Playing out from the back seems like a core aspect of the way Arteta wants his team to play, and we haven’t been doing that as well as we should of late. Admittedly, it’s more difficult against teams like Man City and Chelsea, but it was evident in the Brentford game too. The first time they pressed high, we crapped our pants and decided to go long from then on. But isn’t that the whole point of playing that way? You ‘lure’ the opposition in, you work the ball beyond them, and then the pitch is open, the game is stretched, and from there you look to take advantage of that space and the men you bypassed.

It’s too soon to say how much difference there is between both keepers at this point. In the only vaguely comparable game, Leno made 23/23 short passes against Brentford, Ramsdale made 16/16 against Norwich, while Leno’s 3/9 long passes is basically the same as Ramsdale’s 4/9 on Saturday. Interestingly though, Ramsdale made 5 long passes into the opposition attacking third, Leno just 1 against Brentford, so the new man may well have an advantage when it comes to distance. As I said though, the sample size is so small, we need more data to made any definitive assertions.

Arteta was interesting afterwards though when asked about Ramsdale’s performance, saying:

It is not only what he did on the technical side, it is what he transmits, his energy, his chemistry with the backline, how he reacts, his body language… I think it was top.

As James mentioned on the Arsecast, and as others have spoken about, Ramsdale seems to have more about him in terms of personality, how he communicates with his defenders and so on, and while you can’t measure that with stats, I think it’s such an important thing for a goalkeeper. Obviously Leno talks too, he’s not a silent character, but he’s not as outwardly effusive and demonstrative, and when Arteta made his decision, I suspect this was a factor. He needed to change his team, not simply in terms of personnel, but its character and Ramsdale is definitely different.

I think it’s also fair to point out that Ramsdale, when playing it around at the back, had Ben White and Gabriel in front of him; Leno has had Rob Holding and Pablo Mari who simply aren’t as assured in possession. I don’t think Leno has helped some of them with some iffy distribution, but if you want to be a team that builds from the back, the former pairing are not going to get you where you need to go. I also think the differences between our ‘first choice’ central defenders and their back-ups will become more more evident as the season goes on.

Back to the keepers though, and the weekend decision means the ‘number 1’ shirt is now Ramsdale’s to lose. I don’t think you can basically drop a senior player like Leno and then just bring him back when his replacement has done well and kept a clean sheet on his Premier League debut. It was inevitable that a £24m signing was going to become first choice, it was always just a matter of time, but I wasn’t quite expecting it this soon. You can understand why it happened though, and the question now is how does Leno react?

We know his future is in some doubt, but how hard will he fight to win his place back? This is essentially a new thing for him. He became first choice at Bayer Leverkeusen at a very young age, and remained their number one until Arsenal signed him. Even that period when he was behind Cech after signing for us was brief, he knew it was just a matter of time before he usurped an old player on his last legs, but now he’s been replaced himself – and at 29 that’s going to sting. It’s still very young in the life of a keeper.

I don’t think he’s going to be here beyond this season, but he’s got to show some kind of fight to attract a new club, keep his place in the international set-up, and simply for professional pride. Players want to play and I’m sure he’s no different.

I don’t know what the manager is going to do. This might have just been a tactical tweak, so it is my responsibility to force him to carry on picking me, which is something I have to do on a daily basis.

Me and Bernd will be very competitive in a good way, healthy and hopefully I can stay in the team.

I suspect that part of Leno’s indifferent performances have stemmed from a lack of real competition. Until Emi Martinez blossomed in that period after the German’s injury, he was a very obvious second choice, there were few who thought the Argentine should take his place at any point. Once he left, Alex Runarsson offered no competition, and Mat Ryan – as a loan signing – wasn’t a permanent threat to him either.

I’m not suggesting he’s been complacent, but nearly every player needs genuine competition to keep them on their toes. Leno hasn’t had it, and I think his level has dipped because of it. He’s definitely got it now, and it’ll be fascinating to see how he responds. Saturday might not exactly have been a wake-up call, but maybe a short, sharp shock to the system can help both him and Ramsdale as this season goes on.

Arsecast Extra for you below, happy listening!