Home Arseblog, the arsenal blog Partey on a school night?! 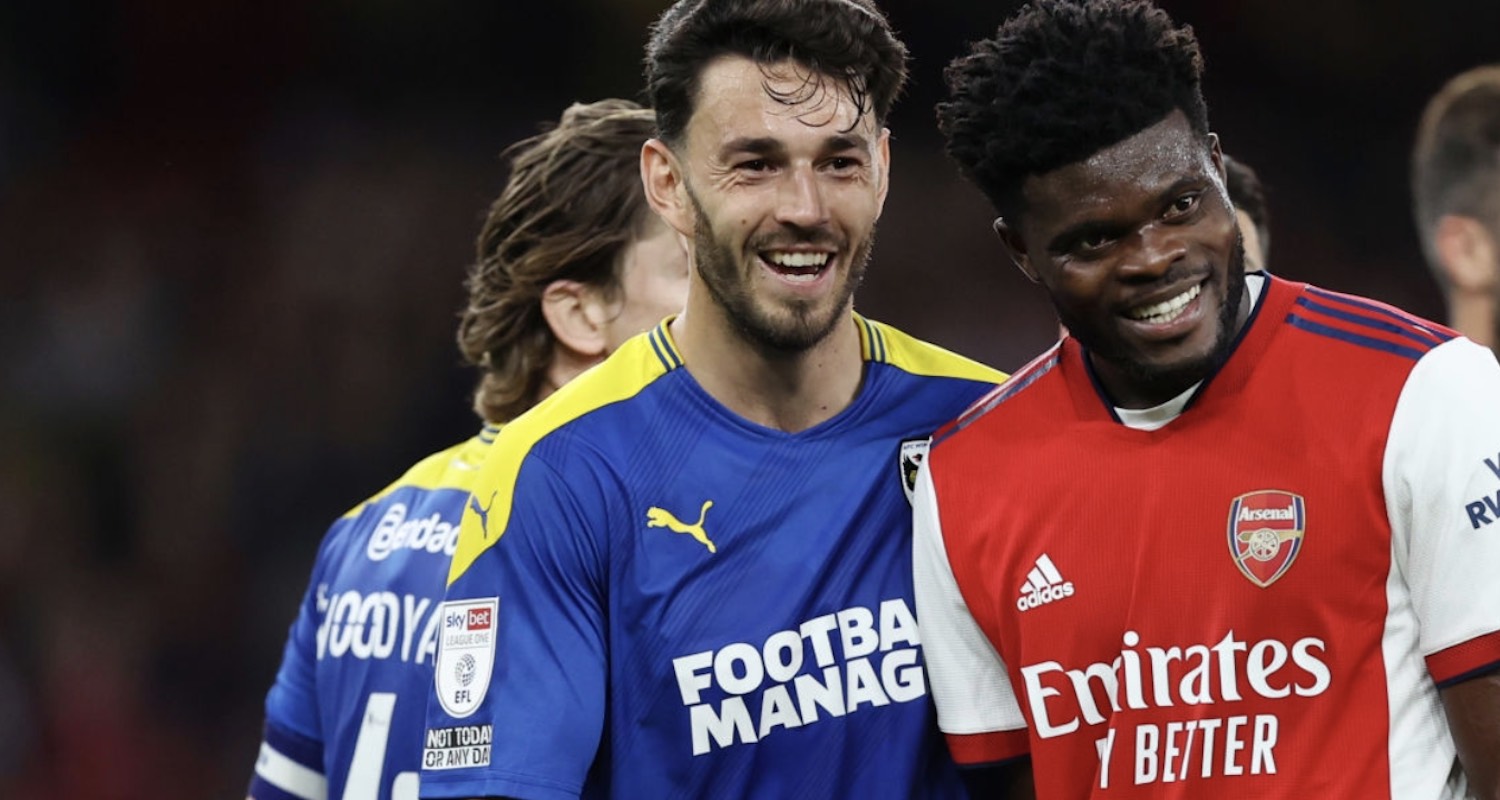 Morning, happy Friday to you.

Mikel Arteta will meet the press today ahead of what is going to be a massive North London derby on Sunday. These games always have huge significance, but this one feels heavily weighted given our current circumstances. Wins over Norwich, Burnley and AFC Wimbledon have been welcome and appreciated, but playing that lot on Sunday is something different. More on that game over the next couple of days.

One of the things about Wednesday’s win over AFC Wimbledon that raised eyebrows was the inclusion of Thomas Partey. Beforehand, I thought it’d be mad to play him, the risks of an injury that would have a significant impact on our chances of winning the derby outweighed the benefits, to my mind, and I think that was a feeling shared by a lot of fans.

Therefore it was interesting to hear the manager speak about it afterwards, when he was asked if he felt it was a risk:

We didn’t think so and that’s why we made the decision to play him – but it’s always a risk when you play a match or have a training session at the intensity that we train. We believe it was the right thing to do and he was really pushing for it, so I think it worked out well.

He hasn’t played a lot of minutes since he’s been injured. We believe the rhythm of matches is nothing like any training session. I think it was very beneficial for him.

This is one of those situations where fan opinion is wildly divergent from that of a manager, and even the player himself who, reportedly, asked to be included. We see nothing but potential danger and threat, as if stepping out onto the pitch is basically taking his life into his own hands.

Will he survive the hidden trapdoor? Step on a landmine? Can he get beyond the hall of sabre-toothed tigers? How will he cope with the final boss who is an Achilles tendon slicing machine?

We fear the worst, and it’s completely understandable. We know how important he is to our midfield, we don’t really have anyone who can match his quality, he’s had a litany of injury problems since he arrived from Atletico Madrid, we see the derby on Sunday looming like dark shadow on the horizon, and we know our chances of victory are much better if we have a player like Thomas Partey available. Therefore, the consensus is ‘wrap him in cotton wool’ to make sure he can play.

I don’t think they see it like that at all though. It’s hard to believe, but they have more information and knowledge about his fitness than we do, and that informed the decision to play him. Having missed the opening weeks of the season he’s still looking to find his rhythm, and as we saw against Burnley, he’s not quite there yet when it comes to lasting the 90 minutes.

As I said, our chances of winning on Sunday are better with Partey in the team, but our chances of winning are better if Partey can play for the entire game, and not have to go off in what might be crucial closing stages (Saka’s hat-trick should make this game comfortable, but you never know). Getting an hour under his belt against Wimbledon is a match-fitness decision, and hopefully it’s readied him for the more important task at the Emirates on Sunday.

Of course, there is still risk, even if the player wants to play, but there’s every reason why a manager should try and get one of his best players to the physical level required for him to become the influential presence we need him to be. For all the logic of it though, if he gets a kick in knee, is subjected to a heavy challenge (like the one in the pre-season friendly against Chelsea that brought about his latest absence), or twangs a hamstring, there’s going to be an outpouring of criticism. It’s one of those where if the player comes through the game unscathed people say ‘Phew’ rather than ‘Well, that might have been helpful actually!’, and if he gets an injury, everyone involved is an irredeemable idiot who should have known better than to play him in the first place.

Hopefully we see the benefit of the decision on Sunday as Partey plays well, scores his first Arsenal goal (between Saka’s second and third), and helps the team to the win we need. As fans it’s understandable that we feel cautious – even nervous – about some selection decisions, we’ve seen it go wrong more than once, so it’s not an irrational fear, but it’s very much an external one, and internally, their thought processes over things like this are not the same.

Right, let’s leave it there for now. We’ll have all the updates/team news etc from the press conference over on Arseblog News, and I’ll leave you with a brand new Arsecast below, chatting to Art de Roché (@artderoche) of The Athletic about the Wimbledon game, and Phil Costa (@_philcosta) about the general state of play and what’s coming up this weekend. Enjoy!