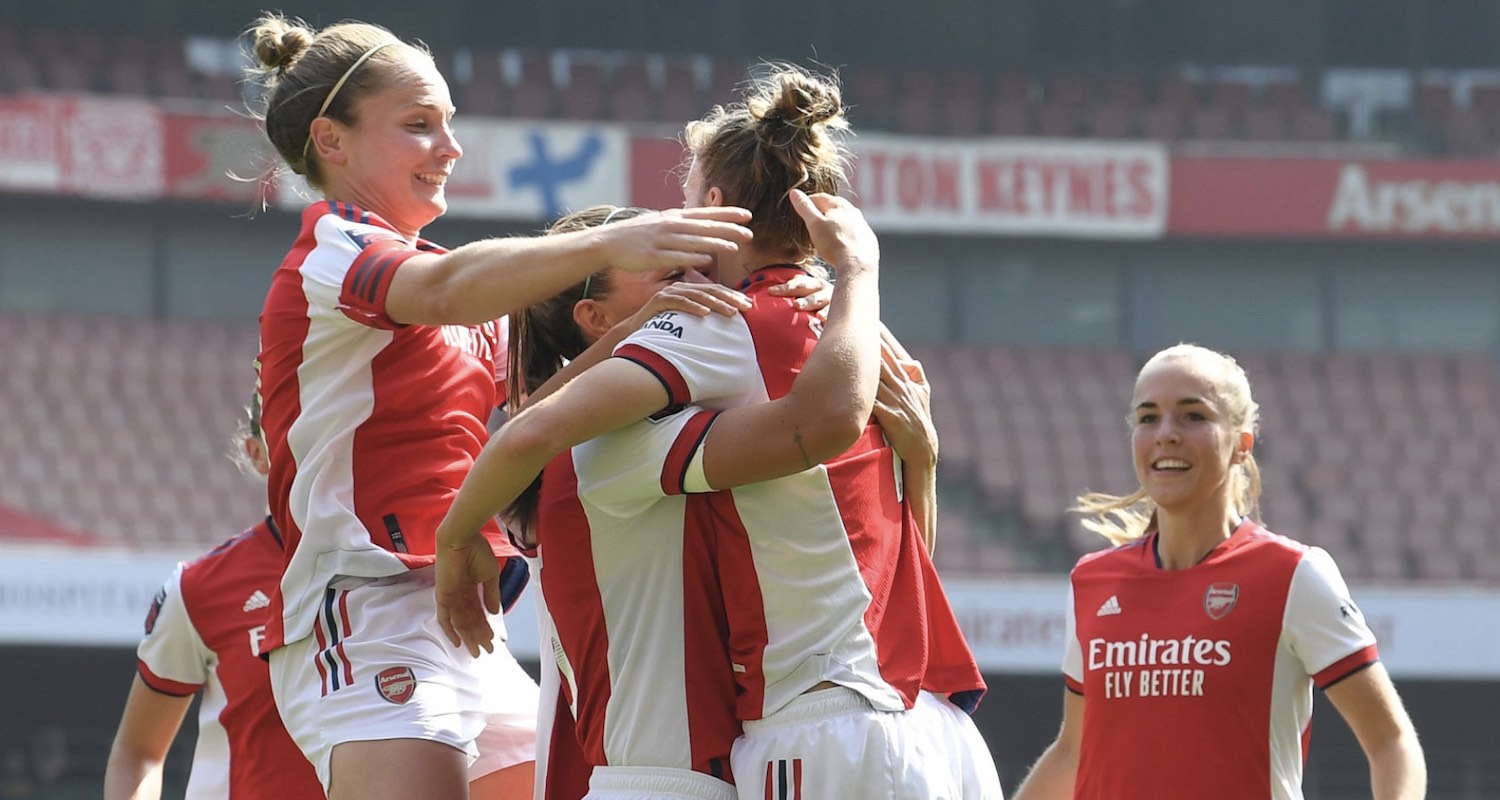 Morning. Hope you enjoyed your day off yesterday. I did. I pivoted from pizza to burgers, but beyond that I read a book, played with the dogs, and enjoyed the back garden and the unusually warm weather.

Earlier in the day Arsenal Women got their WSL season off to a perfect start with a 3-2 win over Chelsea at the Emirates. I realise that one game is no kind of sample size, but it’s a great way for new head coach Jonas Eidevall to kick off his time in charge, and he told Tim Stillman afterwards:

We know we have a good squad and we are a big club, for us it’s about performing in every game. We will learn and develop during the season, it’s just one game out of many. It wasn’t perfect, I am new to English football and I made some tactical mistakes, I need to learn from today too.

I like the introspection, but I particularly like the ‘We are a big club’ line, a sentiment that needs to filter throughout everything we do. In general faith in those on high is in short supply right now, and that is completely understandable. However, if you’re looking for crumbs of encouragement, the focus on the Women’s team this summer, and the investments made in players/staff look very smart. I know it’s different, but they are the same decision makers, the same people giving the green light for the deals, so let’s hope we can start to apply that to the men too.

Also, if you’re new to the Arsenal Women, we have the most comprehensive coverage of them anywhere over on Arseblog News – add it to your bookmarks, and Tim has put together a brilliant guide to get you started right here. There’s more to come this season too, so stay tuned

Elsewhere, Bukayo Saka scored for England last night as they beat Andorra 4-0. Fans even sang happy birthday to him as he was conducting his post-match interview, which was quite sweet. He said:

“It was the perfect birthday present for me. I am really happy with the reception everyone gave me. It really shows how proud they are of me and I think that meant a lot for me and it made me want to give my all.

“It really made a difference. Even now, I can hear so many fans chanting my name. It means everything. It makes me believe that everyone supports me through different things.”

So much of what we do this season is going to revolve around our young players, and Saka is obviously one of the gems in that regard. Without wanting to descend into misery, one of the important parts of this project is creating a team that he (and others) want to play for in the long-term. He has the talent and personality that one of the disgusting filthy rich clubs will pay massive money for, so we have to ensure that he feels like he can fulfill his personal ambitions with us.

I’ve been ruminating on that Edu interview over the weekend, and it’s obvious that it’s a reaction to everything that’s happened in the last few weeks – the transfer window, the ins and outs, and the start to the season. The fact that it was done with an external channel was smart. If it was exactly the same interview with the exact same questions but on arsenal.com, it would be too easily dismissed as propaganda – again, understandably. The platform makes a difference in how it’s perceived.

The aspects of it that resonate with me, resonate strongly. The idea of growing a young team isn’t new or ground-breaking in any way, but it feels coherent – and a lot of what we’ve done in recent years has not. We’ve been far too reactive, desperately trying to cling onto what we used to be, rather than being brave enough to admit we’re not that anymore and reinventing ourselves in order to make progress.

The one aspect of it that doesn’t quite come together for me is the experience required to glue it all together. Edu named Granit Xhaka, Pierre-Emerick Aubameyang, Alexandre Lacazette, Bernd Leno and Thomas Partey as key figures to this plan, and this is where I have some concern/doubts.

Lacazette is running out his contract and will, in all likelihood leave next summer; Leno’s situation is far from ideal, and he’s just seen the club spend £24m on a goalkeeper to replace him; Xhaka is a deeply flawed player/individual who may be considered some kind of leader by those in charge, but whose behaviour consistently belies that; Aubameyang is the captain but I think it’s almost by default because of his age/stature, and I’m not sure it’s something that comes naturally to him even if, I’m sure, he fully understands the privilege of the position; and finally Partey has to stay fit and play regularly – something which has been an issue since his arrival.

I will say this: I don’t think the experience is the platform on which this thing is being built. It feels like they are more the icing on the cake, but that’s still a hugely important part of the entire process. There are also mid-range players, like Calum Chambers, Rob Holding, Pablo Mari, Cedric etc, who have to play a part, and they’re less than convincing elements right now. So, I don’t think the challenge for Mikel Arteta is the young, enthusiastic players who want to play and will give you everything, it’s those other pieces of the puzzle whose motivations – for various reasons – might not align with this kind of project.

Anyway, I’ll discuss this in more detail with James later on. We’re recording the Arsecast Extra in the late afternoon, so the podcast should be out by early evening. Join us for that, for now, take it easy.

Edu on the summer window, transfer strategy, and building for the future