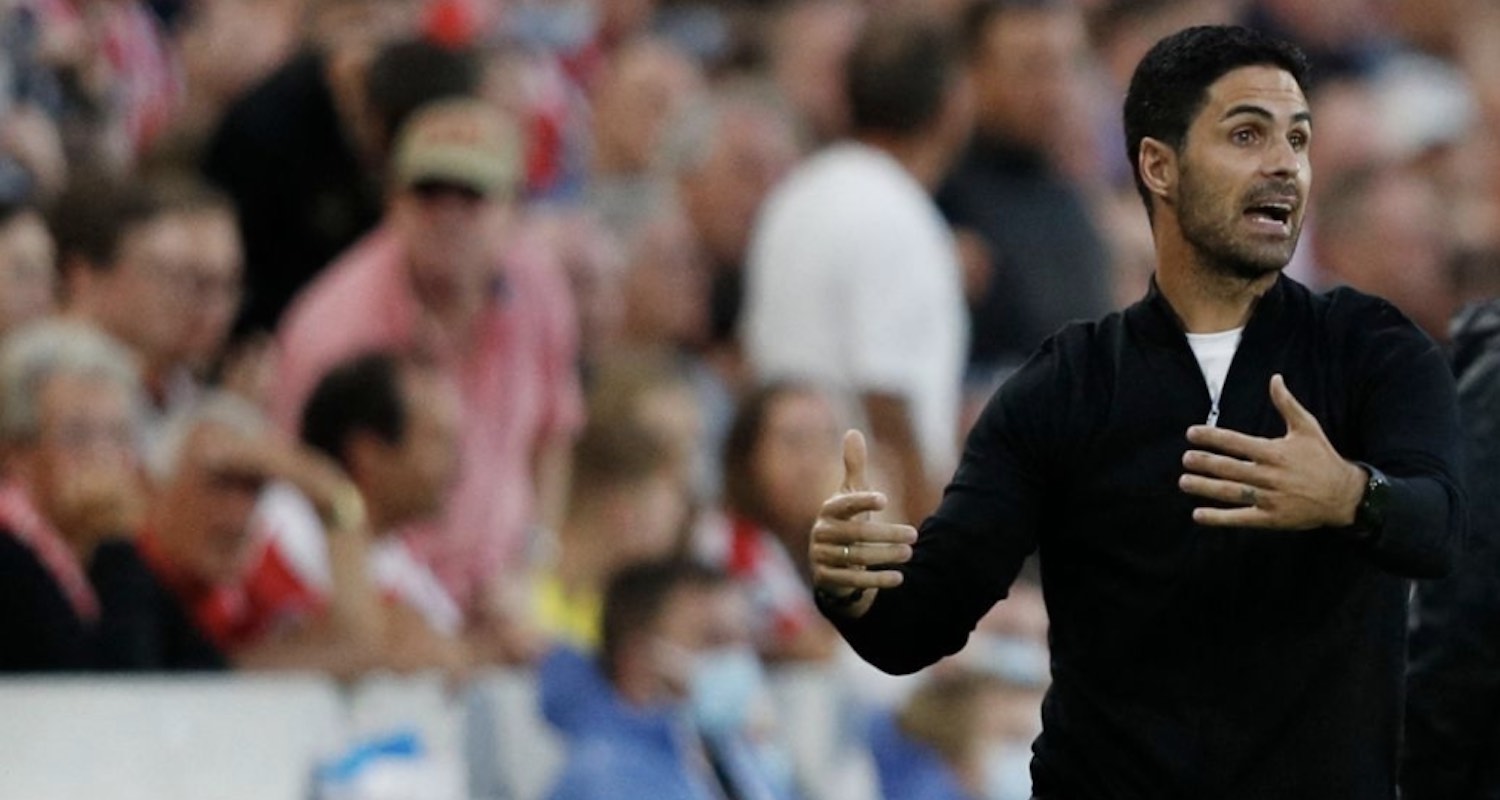 Morning. Some quick Sunday stuff, because it’s Sunday and nobody needs to be delayed on a Sunday.

I watched some of the Premier League yesterday, as I was making a chilli con carne. I have to say I was shocked at what I saw. Manchester United, in particular, but also Leeds, moving the ball forward quickly at pace quite fast very rapidly with great alacrity, and scoring goals. I have no idea what they were thinking.

In seriousness, it was a bit disheartening to see United 5-1 win and bringing on Jadon Sancho when we were 2-0 down and bringing on Reiss Nelson, a player whose last start in the league was over a year ago (July 15th 2020 when, in fairness, he scored against Liverpool). That’s not a criticism of Reiss, by the way, but it really did hammer home how big the gap is. The fact United had banged in 5 goals by that point, playing lovely, free-flowing, exciting football didn’t help either.

That old adage about style over substance only really works if the substance isn’t a bit rubbish. It’s clear Mikel Arteta has some style issues, and those are really driving some of the unhappiness. First and foremost it’s about losing, and losing in a manner which makes us come across as so feeble, but in general his football isn’t particularly enjoyable. There’s not much to get you up off your seat.

And I guess when those perfectly rehearsed patterns come off, when we keep possession, switch it, Tierney overlaps, cuts it back and we score a goal (a bit like the late Pepe chance against Brentford), you can take pleasure that we’ve scored but also in the precision. The issue is that we seem to be entirely wedded to that way of playing without enough improvisation or free expression. When those patterns are disrupted by an opposition who know exactly what you’re going to do, you need something else, and on Friday night we did not have it in anything close to sufficient quantities.

Speaking of Tierney, and I realise this isn’t the biggest issue from Friday night by some distance, but I’d have liked to see him captain the side. I know Xhaka is more senior, but he had his chance and blew it quite spectacularly. The redemption arc narrative is a strong one, but I just think making Tierney captain would have transmitted something new, fresh and that people could get behind. He plays with all the technical and emotional qualities you want, he leads by example on the pitch, and while I understand the external perception of Xhaka is different from the internal one at the club and in the dressing room, it felt a bit retrograde, or something.

And while we’re on the subject of KT, Lewis takes a look at how we can use him to greater effect in the latest tactics column – well worth a read in light of the Brentford game.

In transfer news, it looks as if Tammy Abraham is off to Roma:

Arsenal would have liked to sign Tammy Abraham but it appears the inability to move on Alexandre Lacazette (or indeed Eddie Nketiah) has proved an insurmountable obstacle. https://t.co/TL3VZfkowa

I mean, I’m not going to shed too many tears, but as saw against Brentford, there’s an issue for us once we go beyond Aubameyang and Lacazette. Flo Balogun is talented but inexperienced, a young player who looks like he’d strongly benefit from a season of regular football – even at Championship level. Gabriel Martinelli can do the job, I think, but again he’s just 20, and without anybody inbetween, we’re a bit stymied when the two senior men are absent.

I’ve seen a lot of Twitter conspiracy theory stuff about the fact both of them were ill at the same time, and in normal circumstances I’d be a bit suspicious myself, but when you take into account the world we live in right now and what’s happening in every country across the globe, it doesn’t seem quite as iffy, does it?

Finally, for those of us hoping to add more creativity to the side, the fact that Martin Odegaard did not make the Real Madrid squad for their 4-1 win over Alaves last night is encouraging. Whispers have been increasing about his availability, and I’m hoping this is a sign that there’s a deal there to be done. Going back to what I said above, personnel won’t solve all our attacking problems, there has to be some change in how we play, but adding a player with his quality and eye for a pass will go some way to helping that too. Get him in asap, and make ourselves as strong as possible for the Chelsea game. He won’t need time to settle in.

Right, that’s your lot, for now, but James and I will be recording the Arsecast Extra for you later this morning. Keep an eye out for the call for questions on Twitter @gunnerblog and @arseblog on Twitter with the hashtag #arsecastextra – or if you’re on Arseblog Member on Patreon, leave your question in the #arsecast-extra-questions channel on our Discord server.