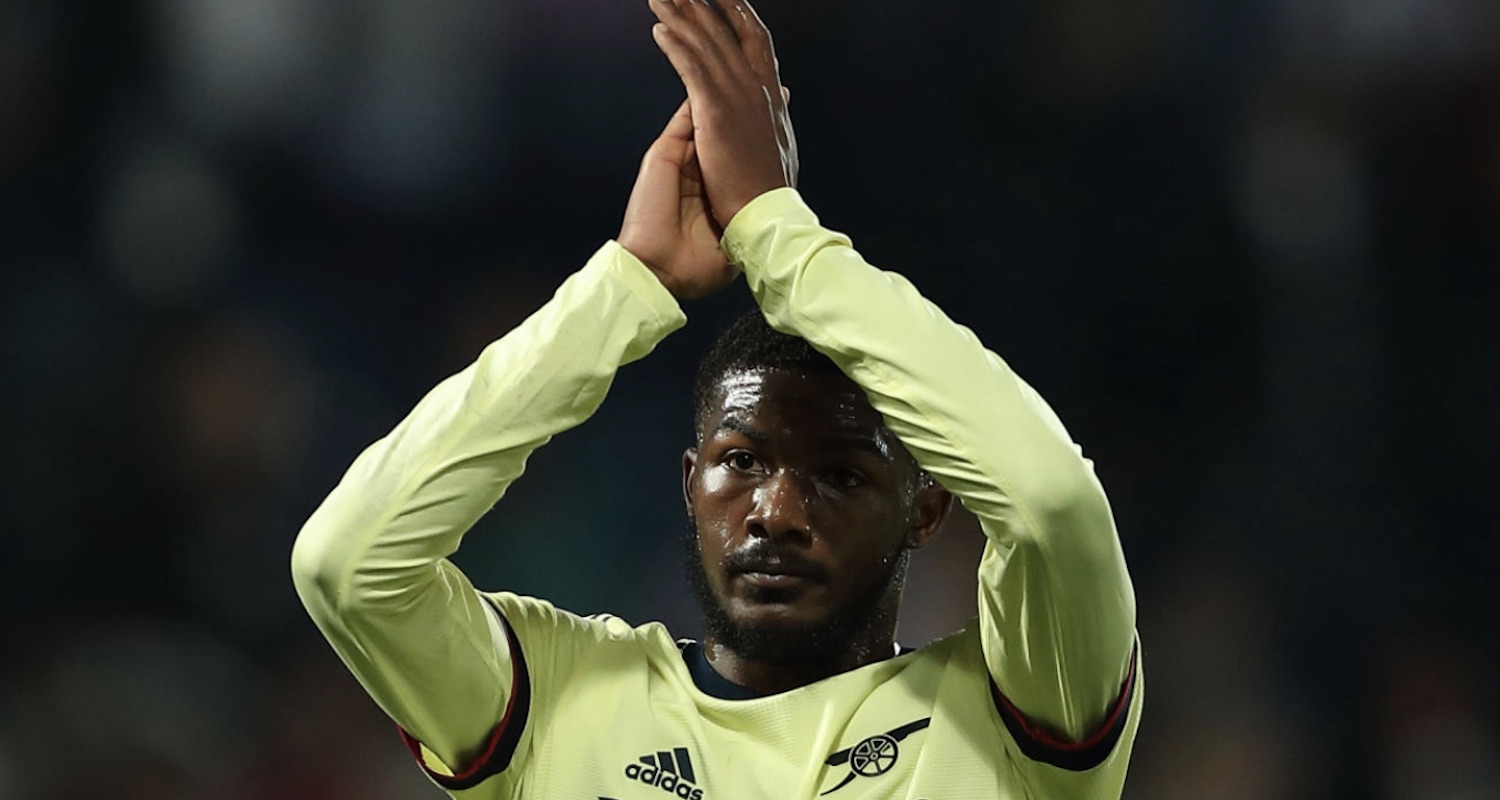 What you want after a heavy, dispiriting defeat, is some sign that things might get better, that there is unity and harmony behind the scenes. What you don’t need is what we got yesterday when Ainsley Maitland-Niles ‘took to Instagram’ after his proposed loan move to Everton broke down. 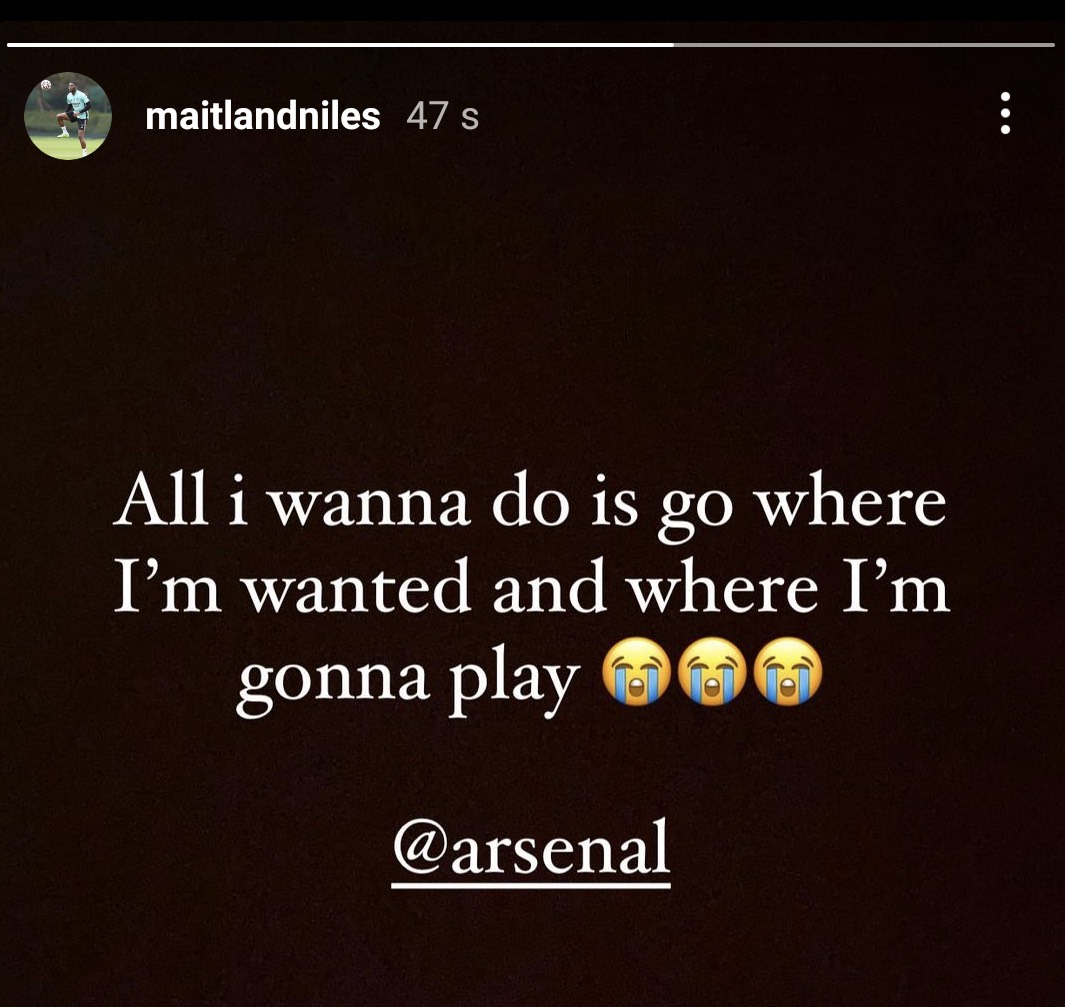 Arsenal reportedly told him he wasn’t allowed to go, perhaps because it looks like Hector Bellerin is off to Real Betis, and both Calum Chambers and Cedric Soares have been so bad this season we want to keep him around as a right-back option.

Obviously that is a source of frustration for Ainsley, and it feels like that Instagram post was a man at the end of his tether. For that, I have some sympathy, but stuff like this happens in football all the time, and he probably would have been better advised not doing it. Nevertheless, it’s sad that the relationship between a player who has been here since he was a child, who grew up at Hale End and came through our Academy to the first team, appears to be so broken.

Nor does it reflect well on Mikel Arteta whose tenure, and relatively short tenure at that, has been filled with apparent difficulties with individuals. Perhaps some were merited, we don’t really know the details, but it has been a common theme, and there’s a pattern that is now a bit worrying. Experience, or lack of it, may well be playing a part here, because you can be quite sure Arsene Wenger had countless issues with players down the years, and most never saw the light of day. To be fair, it was a different world, one less built on social media availability of players and their various entourages, but it’s hard not to worry about Arteta’s man management skills – which don’t just manifest themselves in apparent rows, but even in such things as team selection.

I also think the fact we’ve struggled all summer to deal with the right-back situation reflects on Edu, as Technical Director. We all get it’s a difficult market, and that it was always going to heat up towards the end of the window, but leaving it this late always risks problems and late hitches. Perhaps there’s some information about what happened with Maitland-Niles that will generate a more sympathetic view of the club itself, but after the weekend, this has been another dollop of embarrassment we could have done without.

Has it made Maitland-Niles position untenable? Probably not, depending on how Arteta views it himself. Granit Xhaka did something far more egregious and was ‘rehabilitated’, even to the point of wearing the captain’s armband again (for the record, I don’t think he should have when someone like Kieran Tierney was available to do that). However, the Xhaka thing didn’t happen to Arteta, it went down under Unai Emery’s watch, so how personally the current manager takes this will determine what happens next.

Meanwhile, Willian is gone after his contract was terminated by mutual consent. A statement on the official website said:

Following positive and constructive recent discussions with him and his team, he will be leaving for a new opportunity with Corinthians in Brazil, where he began his career.

It’s quite funny to see some of the reporters who have been briefed by the player’s camp about what happened. Over the weekend they said he would walk away ‘without a penny’, and now it’s being suggested he walked away from the £20m he’d have earned if he’d stayed. Let that sink in, by the way – that’s tacit admittance that he’d have earned close to £200,000 a week for the next two years.

If anyone thinks that Willian, whose agent is Kia Joorabchian, has left Arsenal without getting some of what he’s owed, then please, I have some magic beans to sell you. If you want to give him credit for not just sitting around and picking up his wages, that’s fair enough, but terminating his contract by mutual consent means we agreed a figure to facilitate his departure, we’ll pay him the money, and he goes back to Brazil.

Frankly, it’s one of the most appalling transfers this club has ever done. A 32 year old from Chelsea on a three year deal, a deal pushed through by Raul Sanllehi and Edu – close personal friends of the player’s agent (as we saw from their summer yacht fun a few weeks ago). After one year where he played like a bloke whose motivation to do simple things like running was basically gone, he gets to go back home and we’re supposed to be grateful that he’s been kind enough not to take every single penny he might have earned from a deal which – if it happened elsewhere – you’d laugh at how bad it was.

The Willian deal is one which stains everyone involved. The former Head of Football; the current Technical Director; the manager who kept playing him despite how bad he was – until the point where he simply couldn’t justify his selection; the player himself after his dismal performances, tone-deaf trips to Dubai during a pandemic, and showing his true colours (blue) by liking Chelsea’s social media posts after they beat us; and above all them, the ownership who were so clueless they allowed a deal as bad as this to happen in the first place. Even if they don’t know football, there should have been a stronger football executive in place who would have said ‘Are you mental? No chance!’, when they pushed through the idea of a three year contract for a player of Willian’s profile.

Good riddance. Let it be a salutary lesson in what not to do ever again.

Today is Transfer Deadline Day, of course, and it remains to be seen what will happen between now and 11pm. There are potential departures, some of which are more complicated than others, and it would be nice if we saw another arrival – that right back thing is an issue, and there’s room in midfield too.

For all the latest, we’ve got our now traditional transfer deadline day live blog up and running, so stick with us throughout the day for news, gossip, rumours and increasingly weird doodles. Let’s see what today brings, and I’ll blog about it tomorrow.

For now, take it easy – and don’t forget there’s a brand new Arsecast Extra for you to listen to. All links etc below.

The transfer bluebottle keeps buzzing at the window