Some Sunday thoughts on Rangers 2-2 Arsenal

Good morning, a very, very quick Sunday round-up for you because I stayed up too late last night. It was so warm I felt it would be wrong of me not to put my bluetooth headphones on, sit in the garden, and listen to music while also drinking some delicious rye. So, that’s what I did.

I had been in the garden much earlier in the day too, watching Arsenal play Rangers. It’s tough when the sun is shining because it makes the iPad screen hard to see, but as the image below demonstrates there are ways to combat that. 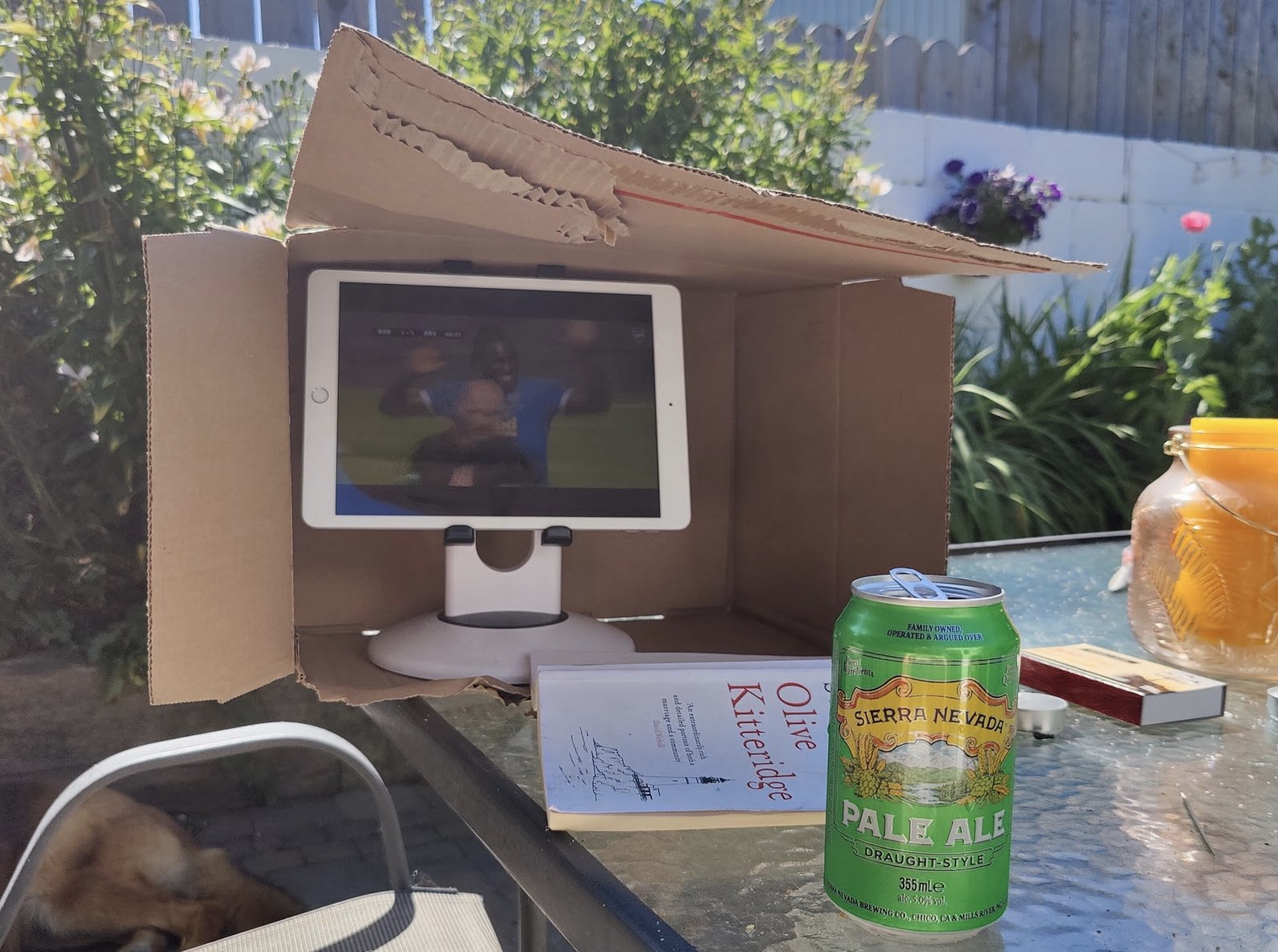 Some thoughts on the game.

– If you’re looking for positives, you would say that all the chances we made – but didn’t take – are a good sign. As a team one of our big issues is making chances, so the fact that we did has to be a good thing, right? RIGHT?!

– Fair play to Pierre-Emerick Aubameyang. He’s now in the September of his career and I applaud his steadfast refusal to use up any of the goals he has left in him on a pre-season kickabout against some Scotch lads. We need those goals during the season, so he’s not wasting them against Connor MacLeod and his ilk. His determination not to score was first class.

– Also fair play to lads for the defending from free kicks and corners. We’ve got a new set-piece coach and there’s none of this ‘We’re actually all right at this’ garbage, so he thinks he can just swan in and do the bare minimum. Now, after set-piece concessions against Rangers and Hibs, he’s got to do some goddam work, and that’s the way it should be. None of this nonsense where you get paid to do nothing like some kind of hefty ex-Chelsea Brazilian. Let’s see what he’s made of.

– Good goal from new lad Nuno Tavares. An anagram of his name is Ravenous Ant. Ants are fat bastards when you think about it, with their gigantic Eden Hazard arses on them, but unlike him you can’t fault their work-rate.

– As a man of limited hair, well done Rob Holding for accepting the inevitable and just shaving it all off. The shadows didn’t do him any favours though. It looked like he was wearing an alien helmet.

– The two million Eddie knocked off his transfer value with that miss against Hibs has been restored with his goal against Rangers.

– I think the fact that Thomas Partey is now wearing 5 will mean he has a storming season. I have no basis on which to base that assertion other than I just feel it. Please check back here in 10 months time and if I’m wrong I’ll hold my hands up and admit it, but I’m pretty sure I’m not. He’s going to destroy everyone he faces in the Premier League in the upcoming season. They will go home and cry. I don’t say that to suggest there’s something wrong with crying, by the way, it’s often a beneficial emotional release after experiencing something traumatic. Which is what will happen them. The twats.

“We’re going to have some new faces arriving probably, so very positive.”

Obviously this is good news, but this morning my brain thinks wouldn’t it be amazing if we just got new faces for some of our existing players? I had a Six Million Dollar Man action figure when I was a kid, and I think his arch-enemy was Maskatron, who had different faces you could attach to his head. Like, imagine how disconcerting it would be for opposition attackers who see Calum Chambers on the teamsheet, but he has the face of Naked Gun actor Leslie Nielsen. It would freak them out to the point they’d be nigh on useless. Something to consider for the new season.

Right, it’s time for me to drink more coffee and eat a croissant. Please enjoy your Sunday, James and I will be here tomorrow with an Arsecast Extra.