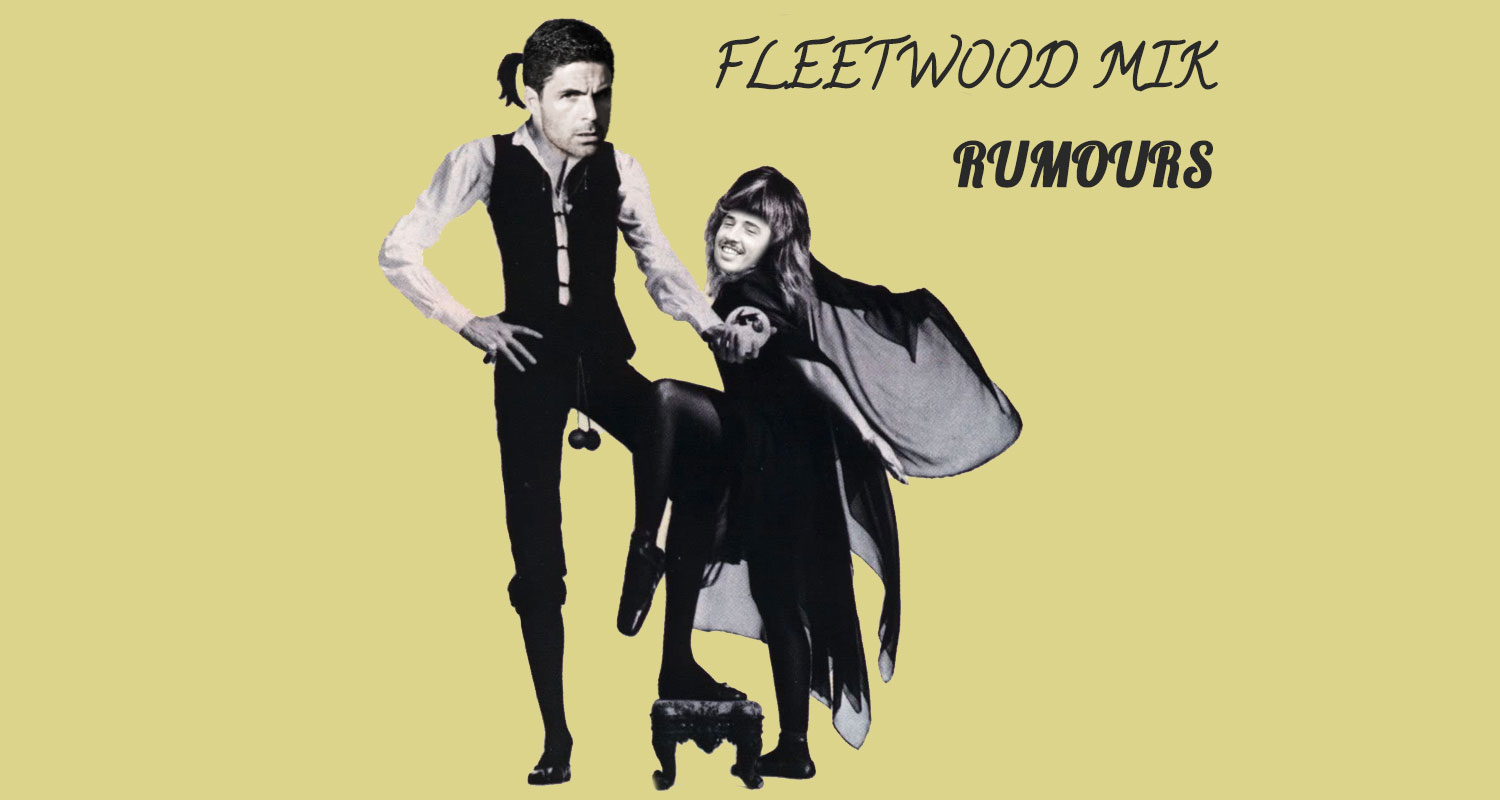 Hey, it’s Friday, it is absolutely bucketing down with rain here in Dublin, and there’s not much happening. We do have a game against Chelsea on Sunday to prepare for, but who cares about football when there’s transfers, am I right?

So, for today’s blog, let’s just get into the latest transfer rumours involving players coming in and going out.

Sky Sports say he had the second part of his medical yesterday (he needed to get the Asda van back so deliveries could be made). I don’t know when this is going to be officially announced, but this one really isn’t a rumour as much as a deal that is basically done and dusted.

We could make it official over the weekend or early next week. Perhaps we’ll see some pictures of Ben in the stands for the Chelsea game on Sunday, a la Sylvain Wiltord when he was introduced to the crowd at Highbury all those years ago.

His agent (also the agent of Andre Onana … *taps nose*) was in town over the last few days looking to ‘break the impasse’ that exists between Arsenal, Inter Milan and perhaps other clubs who want the right back. I mean, there’s a very simple way for Inter to break that impasse, and that is with the hammer of cold, hard cash. A sufficient amount of Euros moulded into a problem smashing mallet, bob’s your uncle, and Heccy’s your player. Simple.

The problem is that Inter don’t want to pay what we want, or at least not as much, and certainly not now. They’d like to get on board the loan + option/obligation train, and so far haven’t suggested anything that comes close to being acceptable to us. Atletico Madrid are also reportedly sniffing around Hector but they have to sell Kieran Trippier first and as yet they’ve been unable to do that.

This is a difficult situation for the club. Everyone keeps talking about a potential right back signing, and don’t get me wrong, I’d be well up for finding the mirror version of Kieran Tierney, but right now we have four right backs in the squad. Hector, Cedric (linked with Fenerbahce this week), Calum Chambers, and Ainsley Maitland-Niles (not a right back per se, but an option and someone who has played there a lot – more than in any other position for us, so …).

Until such time as we move at least a couple on, we can’t even think about buying a right back. Or, if we did buy one, it would definitely weaken our already flimsy selling position with regards the other players.

“Oh, you seem to have a bit of a right back surplus and you’re desperate to get rid of onemare you? Here’s our offer: six yards of bellybutton lint, a fake gold Doubloon, and a lovely painting of a horse with his eyes on the front of his head. Take or leave it.”

We’re overstocked and thus in no real place to drive a hard bargain.

ps – When I was tapping my nose re: Onana, it’s not to say I think anything is going to happen there. I reckon we’re all in on Rammy Ramdsale for the keeper signing.

His name has emerged during the week as a striker that Mikel Arteta would like, and you can understand why. Not just his 17 goals and 10 assists which helped Inter win Serie A last season, but he’s 23, and has room to grow. The top end of our striking options are leaning towards geriatric (in relative football terms), while below that we have promising youth without much experience.

Links to Martinez and Tammy Abraham make sense from a squad building perspective, but unless we can shift Alexandre Lacazette it’s hard to see that kind of signing happening. It’s also very hard to see Martinez move from Inter to this current Arsenal, when we can’t offer Champions League, only the promise of a rebuild which might potentially get us back there next season or the season after (all going well). Even if Inter could be tempted by a deal which includes Hector Bellerin and some cash, the player himself has to want it, and I’m not convinced we’d be the club he’d leave the Italian champions for.

Over on Arseblog News we use the Poo-O-Meter to rate transfer stories, where the greater the poos the less likely the deal is. This one would have a lot of poos.

One of the most interesting aspects of this summer’s rumour mill is how few players we’ve been linked with for potentially the most important signing of the window. The central midfielder to play alongside Thomas Partey and – let’s not forget – take up the slack and keep things together when the Ghanaian goes to the African Cup of Nations in January, could make or break the window in many respects.

What this player brings to the team could truly define how we set up next season, what kind of formation we play, or even what level of tactical flexibility we have in terms of how we set up. As such, it’s been fascinating to see just a couple of names doing the rounds. The pursuit of Manuel Locatelli was admirably ambitious, but always felt destined to failure. Earlier in the window there were strong links with Wolves’ Ruben Neves, but apart from that, nothing much.

That was until yesterday when it was reported that we’d made contact with Lyon over Brazilian midfielder Bruno Guimaraes:

He’s currently with Brazil at the Olympics, along with Gabriel Martinelli of course, and according to the story he’s a player Edu knows well. At 23 he fits the age profile of what we’re trying to do, and what adds some flavour to this is the fact he’s represented by Bertolucci Sports (the same agency as David Luiz, which is very closely linked to our good friend Kia Joorabchian – it’s a de facto sister agency, more or less). Those links might not so pleasing, but I guess they add some weight to this potential story.

Lyon aren’t an easy club to deal with but, like most French clubs, they do need money. A fee of around €30m has been mooted, which sounds reasonable enough for a player under contract until 2024. I wonder would they fancy the return of an old favourite as part of the deal? Cash + Lacazette = midfield signing, as well as space for the striker who could add a different dimension to the team next season?

I think that’s me getting ahead of myself, but as the season draws closer, and the importance of this midfield signing grows and grows, we have to start thinking about what kind of deals are most possible, and this is one which – if we’re really into it – certainly slots into that category.

Ok, let’s leave it there for this morning. Brand new Arsecast for you below, happy listening!