Home Arseblog, the arsenal blog Italy in the final, Spain out: Observations 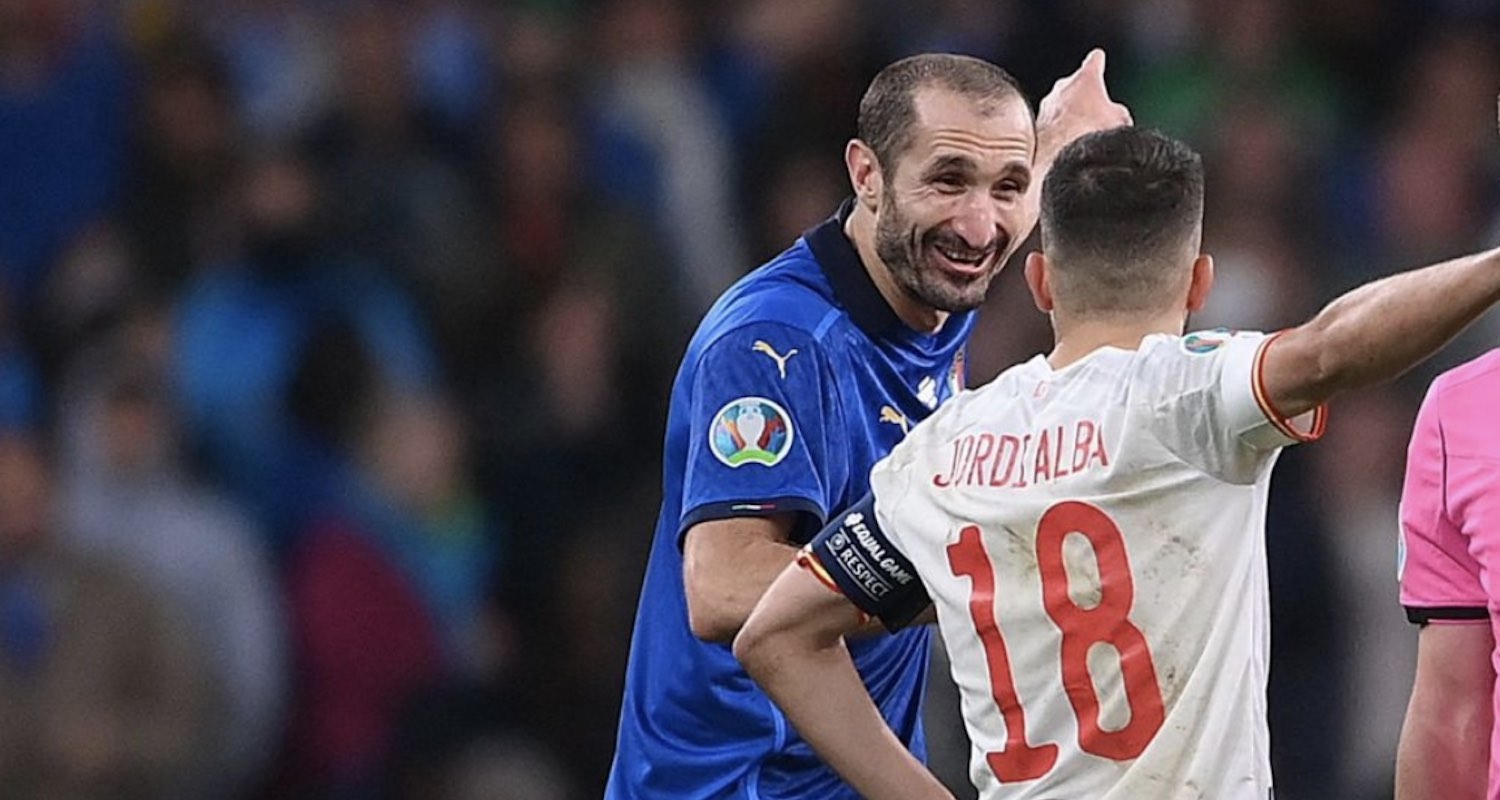 The first semi-final at Euro 2020 produced a fantastic game, with Italy going through in a penalty shoot-out. Rather than recap the game, some thoughts on a few things.

Federico Chiesa is fun to watch. His second half goal was absolutely brilliant. I’ve seen questions of the goalkeeper, and to be fair it doesn’t look good for him, but I genuinely think it’s more down to the quality of the finish than anything else. I remain unconvinced by a number of Italy’s forward players in this tournament, but this lad has been superb.

I cannot begin to imagine how frustrating it is to actively support a team with Alvaro Morata in it. He drives me mad as a neutral, so what must it be like when you’re invested him and need him to do things that strikers do? There was a moment where it opened up for him and he took too many touches (argh!); then he delivered a quality finish to bring Spain level (nice!); before going on a run and Walcotting the ball behind for a goal kick (ARGH!); and then taking a tame penalty in the shoot-out (AAARGGGH!).

There’s obviously quality there, you don’t play for the clubs he’s played for without having some talent, but the inconsistency – not just over the course of a season, but in 90 minutes – is remarkable. He wasn’t the only Spanish player to miss a penalty last night, but if someone had forced you to bet your house on one of them, it would have to be him.

Pedri is an incredible talent, to play like that at 18 years of age in the semi-final of a major tournament was remarkable. Maybe it’s easy or lazy to make comparisons, but in terms of his quality on the ball coupled with the kind of composure at a young age you rarely see, he reminds me of Cesc Fabregas. I realise that as a club Barcelona is a shambles right now, but whoever sanctioned his call-up to the Spanish Olympics squad is an idiot of epic proportions. Maybe they thought he wouldn’t play much at the Euros or something, but to go from a major tournament to another tournament (which involves lots of travel), after a brutal season and a punishing schedule isn’t going to help them one bit – even if the player is pretty sanguine about it all.

As a long-time grizzled centre-half, it’s impossible not to love Giorgio Chiellini. Not simply because of his wonderful addition to the football lexicon (“It’s the history of the Tottenham“), but his commitment to being the most old school central defender he can be is admirable. The absolute nonsense he inflicted on Jordi Alba before the shoot-out last night may have had no impact on Spain’s penalties, but goddam he was going to use every possible thing he could to gain an advantage. I’d hate it if it was done to us, of course, but it wasn’t, so …

I think both Luis Enrique and Roberto Mancini have gotten a lot out of their squads during this tournament. Italy and Spain are traditionally big nations, but both of these sides have some not insignificant flaws. If you were to award the game ‘on points’ so to speak, the Spanish probably would have got the decision last night, but when it came right down to it, Italy produced more in the shoot-out and that’s what counts.

Tonight, England face Denmark at Wembley. There is an understandable narrative around the Danish team because of what happened to Christian Eriksen, but they’re not in the semi-final simply because of emotion and goodwill. They’re there because they are a good team with some really dangerous players. I suspect England will have a bit too much for them, the depth of Gareth Southgate’s squad plus home advantage makes them real favourites, but they underestimate Denmark at their peril.

Will Bukayo Saka start? I don’t know, but if England can’t find some way of harnessing his talent as well as the extra-special rainbow unicorn energy he brings to the game, then it will be a crying shame.

Elsewhere, Matteo Guendouzi’s loan move to Marseille was made official yesterday. Despite the French side announcing it as one with an ‘option’ to buy, I’m reliably informed that there is an obligation at the end of the season for them to make the deal permanent. Whether that has any contingency based on appearances etc, I don’t know, but given the fact the player himself wrote a lengthy goodbye screed on his Instagram, it seems pretty clear he’s not coming back.

Finally for today, at the Copa America former Gunner Emi Martinez was the hero in a penalty shoot-out for Argentina, with added PERSONALITY:

Emiliano to Yerry Mina before saving his PK:
“You’re nervous, eh? I can tell you’re nervous”
“I know where you’re going to shoot.”
“Watch and see how I’m gonna eat you up.”pic.twitter.com/4DDFsDJmKS

Here’s my feeling on Emi: He spent years as number 3, had some unconvincing loan spells, and then monstered it for two months after Leno got injured. I do think it’s possible to understand why a club cashed in on a guy whose value went from about £1m to £20m – especially in the Covid world we found ourselves in last summer – but also have some regrets about that decision. It’s often lost in the discussion that he actively pushed to leave too, but still, it’s nice to see him doing well for his country as that is something he always said he wanted.

Ok, let’s leave it there for today, and enjoy the game tonight as we find out who is going to face Italy in the final.