Arteta, specificity, and the transfer market

Pre-season training has started and last season has obviously taken its toll on Mikel Arteta, as you can see from the picture below. 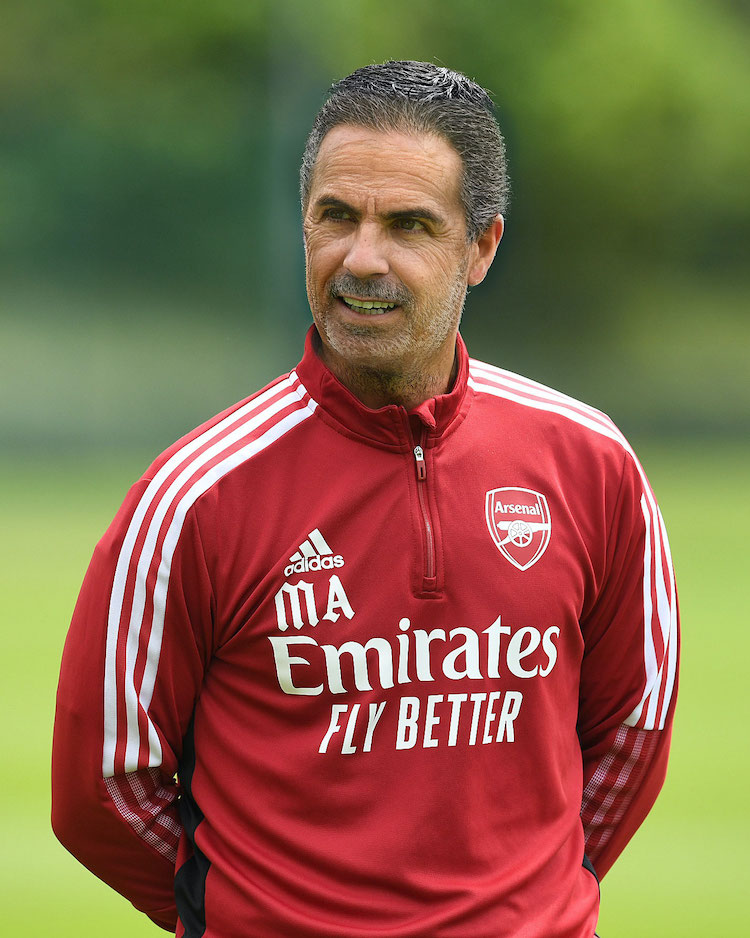 Please note this is a handcrafted Photoshop ageing which I am selling as an NFT for $65,000,000 or 17 trillion JoshCoin, KSE’s new cryptocurrency.

Me reaping: Well this fucking sucks. What the fuck.

I know it’s easy to be cynical, but one of the things I’m really interested in this summer is to try and figure out if there are going to be any tactical shifts based on the players we sign. I recognise that this requires us to, you know, actually sign some players – not something we’ve managed officially of yet – but as and when it does happen, I’m curious to see if it signifies any potential changes.

Back in December of last year, the manager was as open as he ever has been about what his long-term plan was for the team, saying:

“We want to move to a 4-3-3 but for that, you need a lot of specificity in every position but now in five or six positions, we don’t have it.”

Some viewed that at the time as a bit unhelpful, saying that the players you had couldn’t play the way you wanted, but I don’t think it’s quite that cut and dried. At the very least it outlined a vision for what he wants and the football he wants us to play, and although I might be classed as some kind of wild optimist (or an idiot), I can’t believe the football Arteta has served up so far is what he really wants.

This is a man educated at Barcelona, and while he had some influential years under managers like Walter Smith and David Moyes, he worked most closely with two of the greatest attacking managers of all time – Arsene Wenger and Pep Guardiola. Maybe I am being naive, but no team that scores 55 goals in a league season is ever going to do anything of substance, and no manager who continuously serves up that kind of fare keeps their job for long at a club like Arsenal. Nor does it make you attractive to other big clubs you might have ambitions to work at.

It may well be a case that Arteta wants to be more open, expansive and attacking but just can’t do it, but I do think that’s different from being someone who is happy with a team that just doesn’t create enough chances and cause the opposition enough problems. This is really his first ‘proper’ summer in charge, because although it was the same for everyone because of the pandemic last year, it was still ridiculously complicated and different from normal.

Which isn’t to say he hasn’t already reshaped the squad to some extent, but it’s a bit like sanding down an old door before you paint it. The old flaky bits, the Ozil cracks, the Mustafi stain, the annoying Guendouzi knot in the wood – all gone, along with others. But that was the priming, and this summer is his chance to repaint. We’re all looking to see what colour it will be. Will it be glorious red and white, or a disappointing hind-quarters brown? It sounds a bit flippant, but the players Arteta and the club bring in this summer have to have some kind of transformative effect on our season.

Whether you think the ‘after Christmas’ stuff is nonsense or not, I think it is something to build on, but seasons can only really be judged on what you do from August to May. I reckon there’s probably a bit more leeway given if you start like a house on fire and then tail off, as opposed to a dreadful opening and strong finish, but in the end it’s where you end up that will determine how your work is viewed. If both scenarios see you in 8th, then that’s not good enough, regardless of how you came to finish there.

Arteta is not a stupid man, so he knows that Arsenal have to improve. It’s now about how he makes that happen. Does he have enough faith/belief in his own football vision to go with that? And if he does, then it’s incumbent on him to sanction/identify the players that will fit, and for the club to make those deals happen. After that, all bets are off, no excuses etc, because this will be well and truly his team, and it’s down to him to produce the football and results that this Arsenal should demand.

Right, I’ll leave it there for this morning. If there’s any news today, a signing perhaps (perish the thought), we’ll cover it on Arseblog News. For discussion of Euro 2020, Bukayo Saka’s England, the tournament in general, and much more, there’s a brand new podcast below with @jamesbenge. Happy listening, catch you later.

Previous articleEpisode 633 – Home or Rome?
Next articleAll or Nothing, or something inbetween?