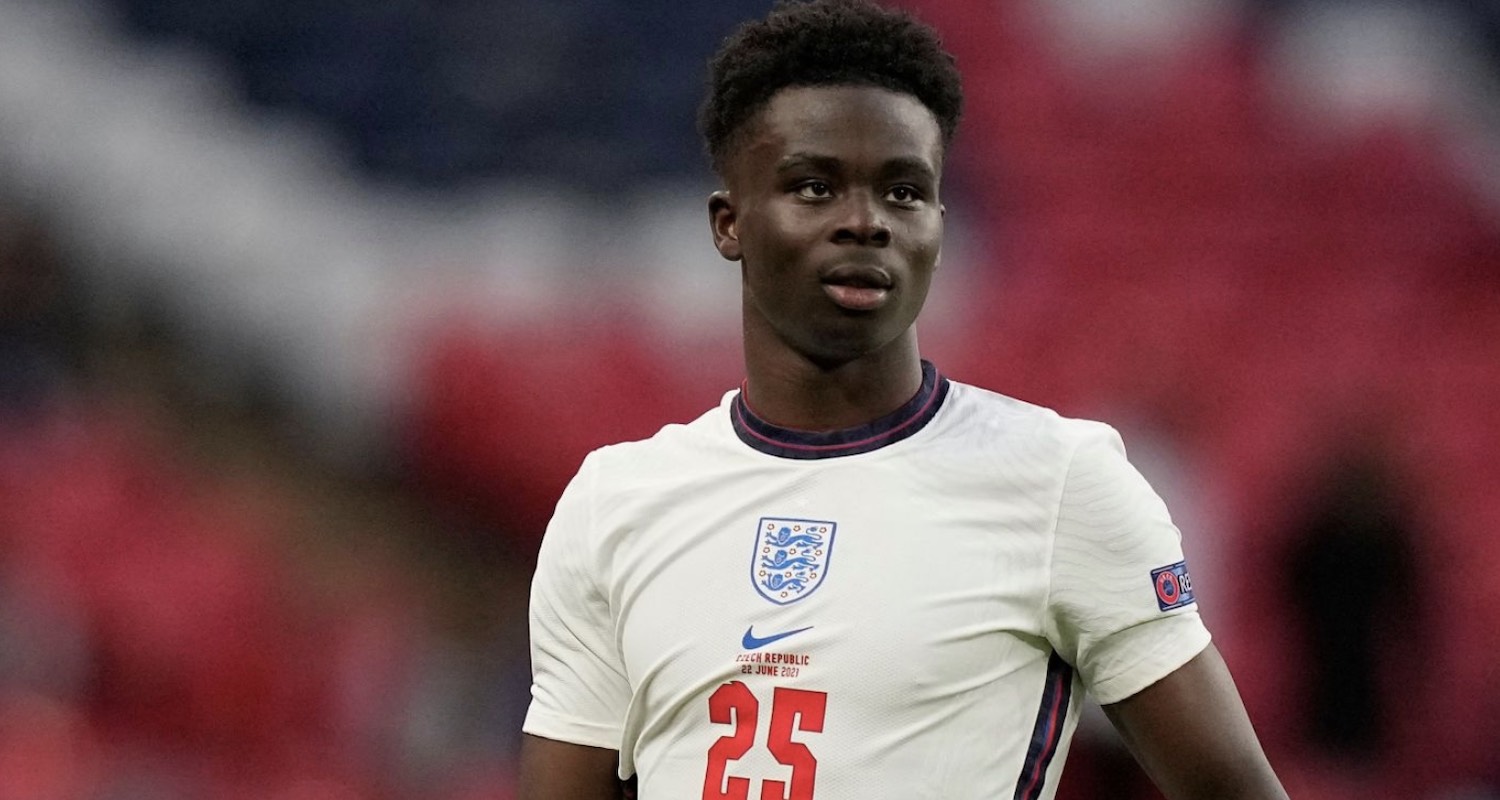 Morning all. Hope you and yours are well.

Last night I was going to watch Croatia v Scotland, but when I saw Bukayo Saka was starting for England, I decided to go with that game instead.

Honestly, I was not disappointed … in Bukayo Saka. His driving run instigated the attack from which England scored the only goal of the game. It was Jack Grealish’s cross which Raheem Sterling headed home, but it all came about because Saka was positive, drove forward, and got England on the front foot.

I know it’s Arsenal bias, but I thought he was the best thing about England last night, and I enjoyed watching him do it on that stage. He was awarded man of the match too, and if his quality was a surprise to people who haven’t watched him closely, it’s definitely not to Arsenal fans who know he’s one of the best things about this godforsaken club right now!

The only downside was having to watch the rest of the match which, after a bright start, became pretty dull stuff. Nevertheless, England’s win sees them top their group, so fair play. Also, some strong advice: never listen to Martin Tyler commentary with headphones. There are just far too many mouth noises.

In the other game, Scotland scored a goal at last, but Croatia scored three (including a wonderful Rosicky tribute from Modric) so it didn’t end well. Sorry to our Scottish pals, but at least Kieran Tierney now gets to take a bit of time off and recharge his batteries. Like Saka he is a key part of what this team is going to be next season, and I hope he can genuinely have a rest. The end to his season was a bit worrying, in that he got an injury which was supposed to end his campaign and put his Euros participation in doubt. He came back, missed Scotland’s opener, and he’s the kind of character who would play through a level of pain to make sure he’s involved. He needs to put his feet up for a few weeks, because the difficulty of securing the kind of back-up for a player like him makes his availability so important when the new season kicks off.

This evening it’s Slovakia v Spain, and Sweden v Poland with plenty to play for in that group, while English eyes will be on Group F tonight where they play the runners-up. Right now, it looks like this:

Later on, France play Portugal while Germany take on Hungary. I fancy the Germans to win, which would leave them on 6 points. I also think France are probably stronger than Portugal, but imagine a draw there and it’s England v France in the next round. For the neutral, that is very, very tasty indeed. Anyway, it’ll be fun to see how that one plays out.

Still not much going on from a transfer perspective. I sense people are beginning to get a bit twitchy, but not much has happened anywhere, the Euros are a distraction of sorts, and there is still time. I also can’t be bothered with the words ‘Granit’, ‘Xhaka’ and ‘Roma’ until accompanied by the words ‘Done’ and ‘Deal’. That’s no slight on the player but holy moly this one has dragged out.

There was, however, an official announcement about Steve Bould and the fact that his 33 year association with the club is coming to an end. He had a difficult time as U23s coach last season, but there were reasons for that (not least of which was the issue of player quality, and how we tried to bridge the gap between a very good generation of young players and the one that’s coming up next).

However, if you’re judging him on that basis alone, you’re doing him a huge disservice. I wrote about this a couple of weeks ago when the story about his departure first broke, but Steve Bould is a bona fide Arsenal legend. He won it all domestically as a player, he was part of the team which won our last European trophy, he won the FA Youth Cup as a coach, and while many pointed fingers at him in his role as Arsene Wenger’s assistant, I always felt that spotlight was weird. Have you ever seen fans of any other club take out frustration on the job the manager is doing by blaming the second in command?!

Speaking in the announcement, Academy Manager Per Mertesacker said:

“Steve has been a fantastic servant for us on and off the pitch. His record as a player speaks for itself and he has been an inspiration to generations of young players coming through the academy.

“This has been a very hard decision to make. Steve’s contribution to the under-23s and the club as a whole has been huge and he will always be an important figure in our history.”

Best of luck to him with whatever comes next, and hopefully he is remembered properly for the overwhelmingly positive contribution he made to this football club down the years.

It’s also just worth highlighting exactly what’s happening at all levels of the club this summer.

Men: Team/squad in need of significant rebuild, investment needed, many players need to go/be sold/driven out into the woods. Performances next season must improve.

Women: Still on the search for a new manager, and perhaps the appointment of a Technical Director type figure.

Youth/U23s: New head coach required, a new generation of young players needs to be brought through as we try and ready them for the pathway to the first team. Those not at the level required have to be moved on.

It’s a lot. I wish them the very best of luck.

Right, let’s leave it there for today. Have a good one.