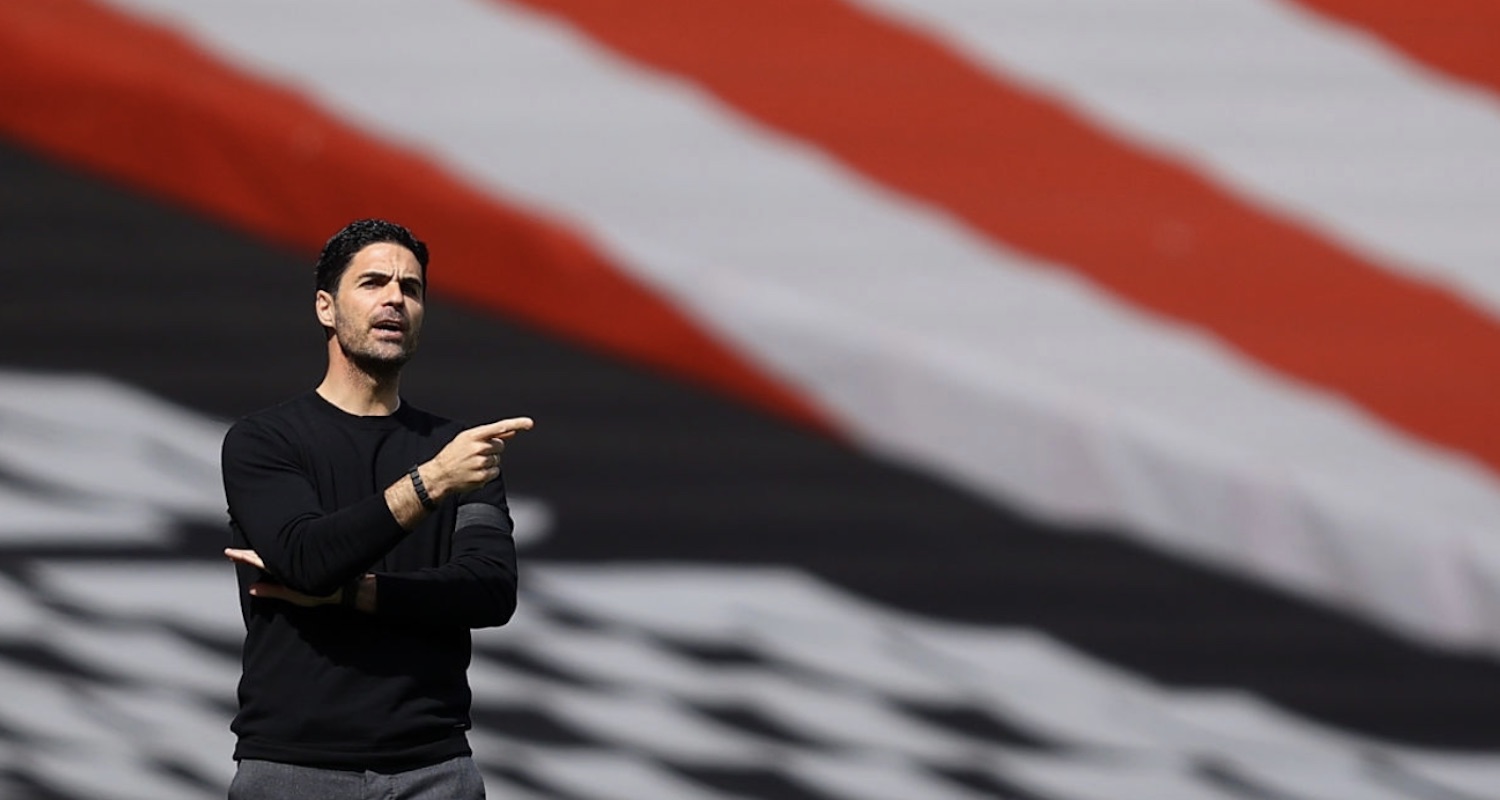 Morning all. For the purposes of peace and quiet, and so that every post isn’t some kind litigation on the manager’s position, I am going to make the assumption that despite the way this season has gone, Mikel Arteta retains the support of the executives and owners of the club. Until such time as he doesn’t.

For now, all the noises suggest that they continue to have faith in Arteta. According to David Ornstein, “Arsenal seem to think that Arteta is part of the solution not a key part of the problem.”

That appears to be the reality under which we’re operating right now.

So, it was interesting to hear the manager talk about the need to be ‘ruthless’ this summer. A brave choice of words, perhaps, when the most ruthless thing the club could do is move on from a manager who has, by his own admission, under-performed this season. Asked about Lee Dixon’s comments that it would take ‘years’ to fix everything, he said:

“It has already taken years, because we have not been competing with the top clubs in this country for five years. He is right as it has already been years. It is not as if this process started six months ago — it started five years ago and you can see this trend.

“This year is not year one. I think a project has its phases and I am telling you we are in a much better position today to be where we want to be very soon, if we do what we have to do.

“But we have to be ruthless.”

He’s not wrong that this isn’t a new thing. There was decline, and we continue to decline, but it’s just more obvious now. Arsene Wenger lost 13 games in his final season but still finished comfortably in 6th. We weren’t competitive against the so-called ‘big’ teams though. Arsene got us to Europa League semi-final which we made a mess of at home against 10 men. Unai Emery came in, almost got us into 4th but his first season fell apart at the end, and we then got battered in the Europa League final. Arteta won a trophy in his first season, and while an 8th place finish wasn’t entirely on him and came in unprecedented circumstances, we don’t look like we’re going to end up much higher this season.

Plateau? Rock bottom? I dunno. Add to that opportunism, executive vultures who happily fed off the power vacuum the Kroenkes left for them, recruitment that doesn’t stand up to as much scrutiny as it should, and all the rest, you can easily make the case that although every club has had to deal with the pandemic, no pre-season, financial issues and all the rest, what Arsenal have been through in the last few years has been unique. I genuinely don’t think we can overlook that when discussing what happens next, in whichever form it happens and with who.

What is ruthless though? Each of us will have our own opinions about what that means, but let me have a go.

Ruthless is admitting you’ve made a mistake and doing something to fix it. Even with something as basic as team selection. A manager/coach picks a team he thinks will work, and with the best will in the world, sometimes it doesn’t. There’s no shame in acknowledging that. Witness Jurgen Klopp, one of the best coaches in the world, haul off Naby Keita before half-time in a Champions League game. A bit humiliating for the player, but the team comes first, and recognising he got it wrong is a sign of decisiveness, not failure that, for whatever reason, his pre-game plan was a little bit wrong.

Ruthless is applying that to the transfer market too. Admitting the Willian deal was a mistake, for example, and doing everything possible to move him on because nothing he has done this season merits another two years at this club on the money he’s on. You can’t arrest the on-pitch decline by putting players on the pitch who are in sharp decline themselves. You might love David Luiz for his character, his personality and his passing range, but ruthless is calling time on a 34 year old whose best years are behind him. Players with one year left on their deals? As much as they might be useful in the short-term, if they’re not worthy of a new contract, off you go, get the money in and reinvest. No more letting them play out their final 12 months in a five-star environment while we get nothing back.

Ruthless is deciding players who have had plenty of chances to impress, and haven’t done anywhere near enough, don’t get any more chances. This summer, ruthless will be trimming the squad because without Europe next season, it doesn’t need to be as deep because for a large part of it we’re only going to play once a week (writing that makes me sad).

Ruthless is taking stock and asking if your staff are good enough. Is a guy who is double-jobbing with Wales the right man to be your sideline confidante? It’s asking how can in-game management be improved, because it needs to be.

Ruthless is a club which identifies a style of play and recruits around that so that not every managerial change is a seismic event. If you buy players to suit one man’s aim and vision, you start from scratch if he loses his way and loses his job.

Ruthless is ensuring the Technical Director/Sporting Director, and those at executive level, have more power than the manager himself. At the moment, it feels a bit skewed at Arsenal – and that’s not to say we need to make Edu more powerful. He still has plenty to prove, and ruthless could well be saying ‘Thanks for the memories’ to him and bringing in someone like Ralf Rangnick to run the football side of things. Another word for that might be ‘sensible’.

I suppose you could say that there was some measure of ruthlessness in January when we got rid of Ozil, Mustafi and Kolasinac. It wasn’t sophisticated, we literally paid them to go away, but we’d have had to pay them anyway, and I’ve never seen a club do something like that before. The training ground is, reportedly, a happier place without them.

I think Arteta will be given the summer, a transfer window to trim the squad, and replace some parts to the extent to which finances allow, but ruthlessness will have to be applied if we get to the mid-point of the season and the team hasn’t shown significant improvement in terms of performances and points on the board. He could have had no complaints if he’d been relieved of his duties on Friday morning, he’d have even fewer in the future if results don’t show the kind of upturn we need.

I’m sure there are countless more examples of ruthlessness we could go through, but for now, I’ll leave it there. We do have a game against West Brom tomorrow which feels as anticlimactic as it gets, but there’s still a job to do.

Here’s yesterday’s podcast in which I chat about the Europa League elimination and all the rest with Tim Stillman and Tayo Popoola. Enjoy, and have a nice Saturday.