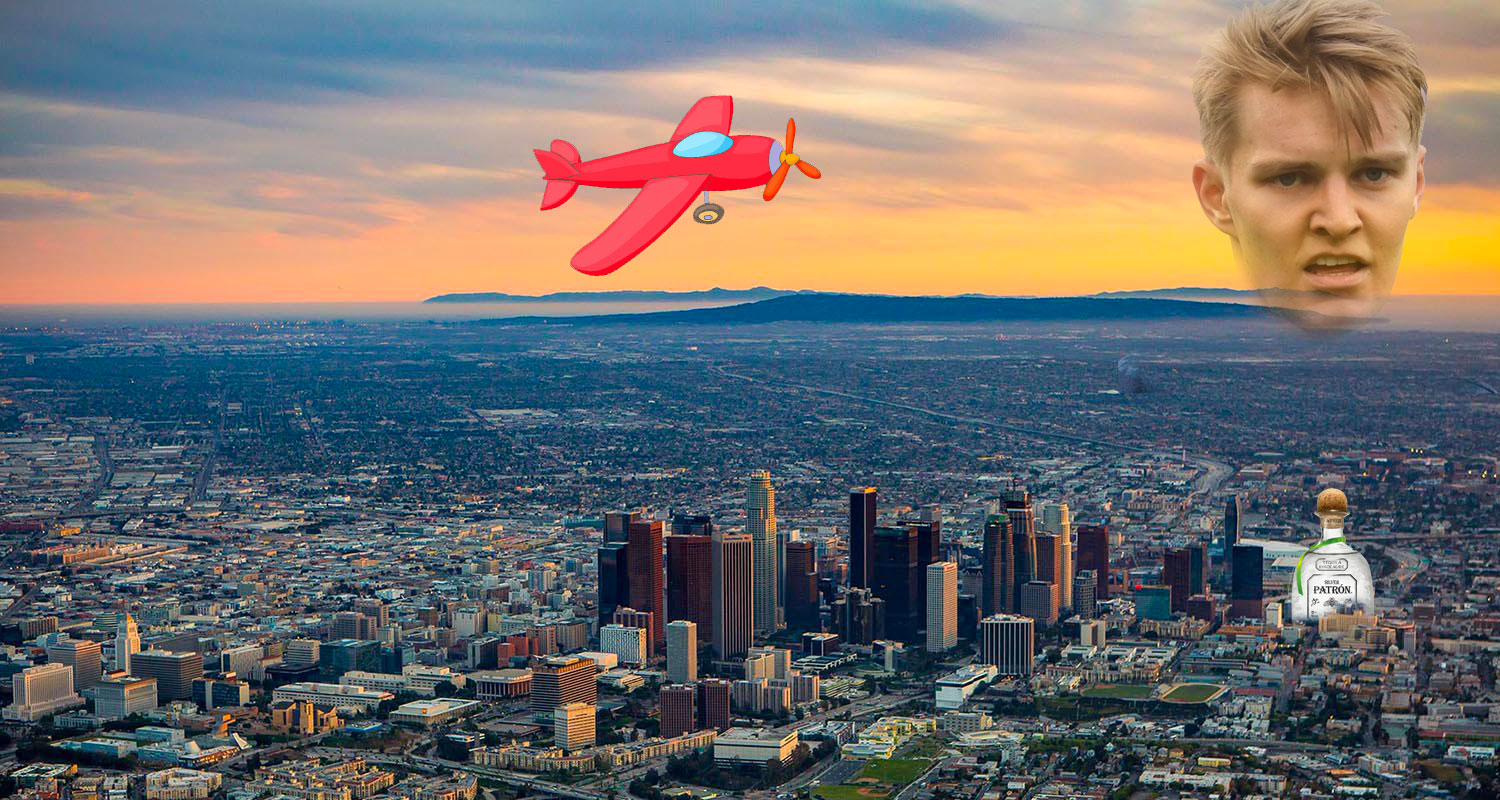 I’ve been dreaming heavily lately. Not sleeping very well, and waking often, but dreaming these long film dreams – some of which, I’m sure, have Arsenal related meanings.

Like, last night I returned from doing a comedy tour with Marc Maron and a guy called Ciaran that I went to college with. We ended up in Maron’s house in a small city somewhere south of LA but I had to get a flight from LA back to Dublin. I fell asleep in my dream (oooh, Inception), and woke up at 4:06am. My flight was leaving at 5:30am.

PANIC (very Arsenal related). I managed to grab my stuff and get a cab to the airport. The airport was weird, but I got through security and into a room where there were two doors. One for LA and one for ‘LA Beugin’, which confused me (Arsenal), and nobody knew the difference.

Eventually a man came along and revealed that ‘Beugin’ was a type of small aircraft which took the long way around, so that’s not what I was looking for. Then another man started picking on this woman, and as we watched on she took out a bottle of Silver Patron Tequila and started whacking him around the head with it until he was unconscious.

“Thanks for your help!” she shouted at the all the people who didn’t help (an Arsenal defender perhaps bellowing at the lack of cover from midfield). The door for LA opened and we went through, leaving the unconscious brute behind (the January shifting of players like Mustafi, Kolasinac?).

From there it seemed hunky-dory. Down the stairs, follow the corridors, and then onto the plane. Simple, right? No. Not simple. Complicated (extreme Arsenal vibes). At a desk a man asked me for my ID, I showed him, he said to go on and I went through and up some stairs, but rather than boarding the plane I was back in the airport’s main area (confusion and back to square one? – so, so Arsenal).

I asked a security guard how I got to the plane because this doesn’t make sense (Arsenal), and I was panicking (Arsenal) because I was going to miss my flight (Arsenal’s season objectives in jeopardy). He had no clue (Arsenal), and I was just running around like a headless chicken (Arsenal’s defence again). Other people were in the same situation, desperately trying to find their way to the plane (fellow Arsenal fans), and the airport lobby got more and more crowded and there was less clarity about where we were going (Ar … you know yourself).

After that it tailed off into a bar scene where everyone was crowded around a famous singer who was showing off Instagram stories on her phone of a woman whose cat was famous. I think it’s name was Bert.  That was just one of the half dozen dreams I had last night because I keep waking up and then going back to this subconscious cinematic world.

I didn’t dream about Martin Odegaard, but I do daydream about him. If you’re clinging to any hope we might sign him permanently during the summer, he said that when it comes to making a decision about his future, he’s looking for ‘stability and development’.

I think you could make a good argument that there’s development happening right before our eyes. The speed at which he has grown into this team is fantastic. It’s rare that January loan signings have this kind of impact, especially when you consider some of the moves we’ve done in the past. He’s like the polar opposite of Denis Suarez, for example. Good at football, and also fit. Those are quite beneficial things. As for stability, it’s less obvious but you could sell him on him being a fundamental building block for the team if he is interested in staying.

I understand all the arguments about how difficult it will be to bring him in, especially if he continues to be important and influential. His stock will rise, so too will his price-tag, but that’s something we had to be aware of when we did the loan deal. A deal, I suspect, which was done with the hope we could lay some of the groundwork for a permanent transfer.

It will be expensive, but then good players are expensive. However, I can see a scenario where Real Madrid, as they look to rebuild, do what Real Madrid do and target a ‘Galactico‘ to fire up that project. Florentino Perez described what he wanted previously as ‘Zidanes y Pavones‘, big stars backed up by homegrown players, but the focus was always very clearly on those big stars.

It’s not impossible that Real will sell a couple of square-metres of land to the Spanish government or the king or something for €500,000,000 but until they do they are financially challenged. Their current debt is heading towards the €1bn mark, so they’re going to have to make decisions if they want to push for Mbappe or Haaland or someone like that.

We’re also financially challenged, but I think we could raise funds through the sales of:

We wouldn’t get massive fees for any of them but add them all together and we might just cobble enough to make Real an offer that could be tempting. I also realise this is perhaps wildly optimistic, verging on unrealistic I guess, but not impossible. Given how grim everything is out there at the moment, I’m choosing to view this one through the sunglasses of optimism.

The bottom line though is that in just a few weeks this player has demonstrated to us how important he can be to any kind of rebuilding project we want to undertake, and to not do everything possible to make him an Arsenal player would be foolhardy in the extreme.

Now, I have a plane to catch, does anyone know which boarding gate I need to get t