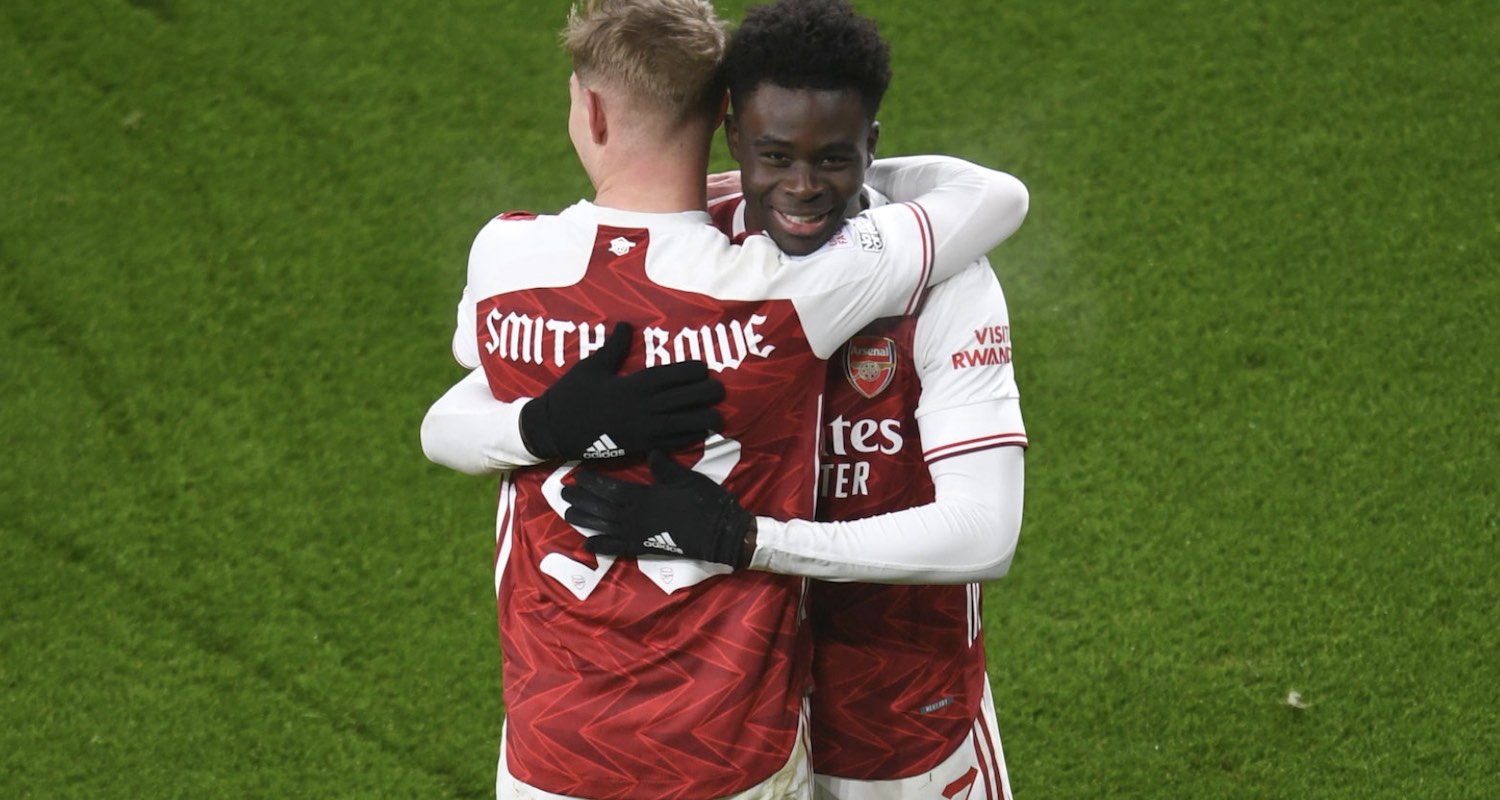 Morning all. Hope you’re all feeling ok. I’m not sure my head is in the right place to produce anything coherent and ‘long form’ this morning, so here are some thoughts about a couple of things.

This lad is something else. His influence on our game is so positive, and what he’s done since moving to the right hand side of a front three – or the three behind the one up-front, whichever you like – has been sensational.

Naturally it leads to a bit of worry about how much is being asked of a 19 year old physically, and I get that. We’ve seen examples in the past, at this club and elsewhere, how such a workload can come back to cause problems. It’s impossible to say if that will be the case with Saka, but I understand why people might be concerned.

I have sympathy for Mikel Arteta in that he is dealing with a classic example of a ‘first name on the teamsheet’ player. How do you conspire to rest him without it having a big impact on the team? I hope, however, that advice from medical staff etc will have an impact and that when we need to do it, we do it. We have to have learned short-term lessons this season when it comes to risking important players.

Where I have more concern is the ‘special’ attention he is coming in for these days. It’s been a growing trend to stop him by fouling him. Aston Villa took turns on him, and Leeds tried to do it on Sunday too. I won’t lie: the way Saka responded to the likes of Alioski trying to kick him around was incredible. He brutalised the defender to the point where he was hauled off in the second half and his downtrodden walk around the pitch was as enjoyable as any of our goals.

But this is on the verge of being an issue now. 5 fouls by Villa, 4 by Leeds, and it will only take one mistimed hack to cause him a serious injury. We’ll get all the shite about how the perpetrator is not that kind of player, how he didn’t mean to do *that* to him and so on, but the outcome will be a great player sidelined for a period of time. Something which may or may not have a significant impact on his career.

I was heartened on Sunday to hear someone shout ‘HOW MANY TIMES REF?!’ when Saka was fouled at one point (on the Arsecast Extra James reckons it was Hector Bellerin – and if so, good man Hector).

I don’t know about Benfica, but for all their brilliance and dominance, there isn’t a team more expert in the rotational foul than Man City, who we face on Sunday. The target is always the good players, the ones who are dangerous and can make things happen, and whether it’s via a response to a question at a press conference, or something he brings up himself, I’d love for Mikel Arteta to raise the issue publicly.

The physical aspect of football is great, and it’s not to diminish that, but we have a really special young talent bursting his way into prominence with every performance, and there are teams who won’t be able to stop him fairly. So, let’s just highlight the fact he’s been targetted in recent weeks, and it might just give refs pause for thought as and when he’s targetted again – because he will be.

Sunday’s win over Leeds saw Saka shine, Aubameyang get back to goalscoring ways, but part of the glue of our performance came from Emile Smith Rowe. He wasn’t as showy as either of the other two, but I love watching him play and what he brings to the team. The first goal doesn’t happen without his smart movement, dropping into a pocket of space to combine with Xhaka who then feeds Aubameyang.

It was that kind of thing we missed so much in the first half of the season. He got an assist for the captain’s hat-trick goal that made it 4-0, and he kept the ball alive in the build-up to Bellerin’s goal just before the break. Obviously there are other factors in our improvement, and it’s not simply down to his introduction in late December, but he’s made a real impact in a very short space of time.

His four Premier League assists in just a few weeks already sees him ahead of big money, big name players at other clubs who have played significantly more minutes. In just over 1000 minutes of first team football, he has 6 assists and 2 goals to his name. When you consider the stop-start nature of the last couple of years for him which saw him break into the Arsenal team, go out on loan and barely play, get injured, come back, get injured, go out on loan again (a good spell at Huddersfield), come back, get injured, and barely feature in the first half of the season, it’s so encouraging that he’s producing numbers like that.

It was also interesting that he and Martin Odegaard played together against Leeds. I guess we viewed the two as almost an either/or combination, but his intelligence and awareness meant Smith Rowe starting on the left was very much within his wheelhouse. Like Saka, the potential is enormous, so let’s hope he can stay fit and continue to develop at this kind of pace.

We’ve been nominated for ‘Best Fan Media’ at the FSA Awards (Football Supporter’s Association). We’re up against some impressive and very stiff competition, so if you could take a minute to vote for us, it’d be greatly appreciated.

Go here to vote – and while you’re there give Vivianne Miedema the nod for Women’s Player of the Year, and Ian Wright or Alex Scott for TV/Radio Pundit of the year. Keep it red and white folks!

Ok, let’s leave it there. The Arsecast Extra is below if you haven’t had a chance to listen already. Take it easy, be safe.