Home Arseblog, the arsenal blog No Partey, no party? 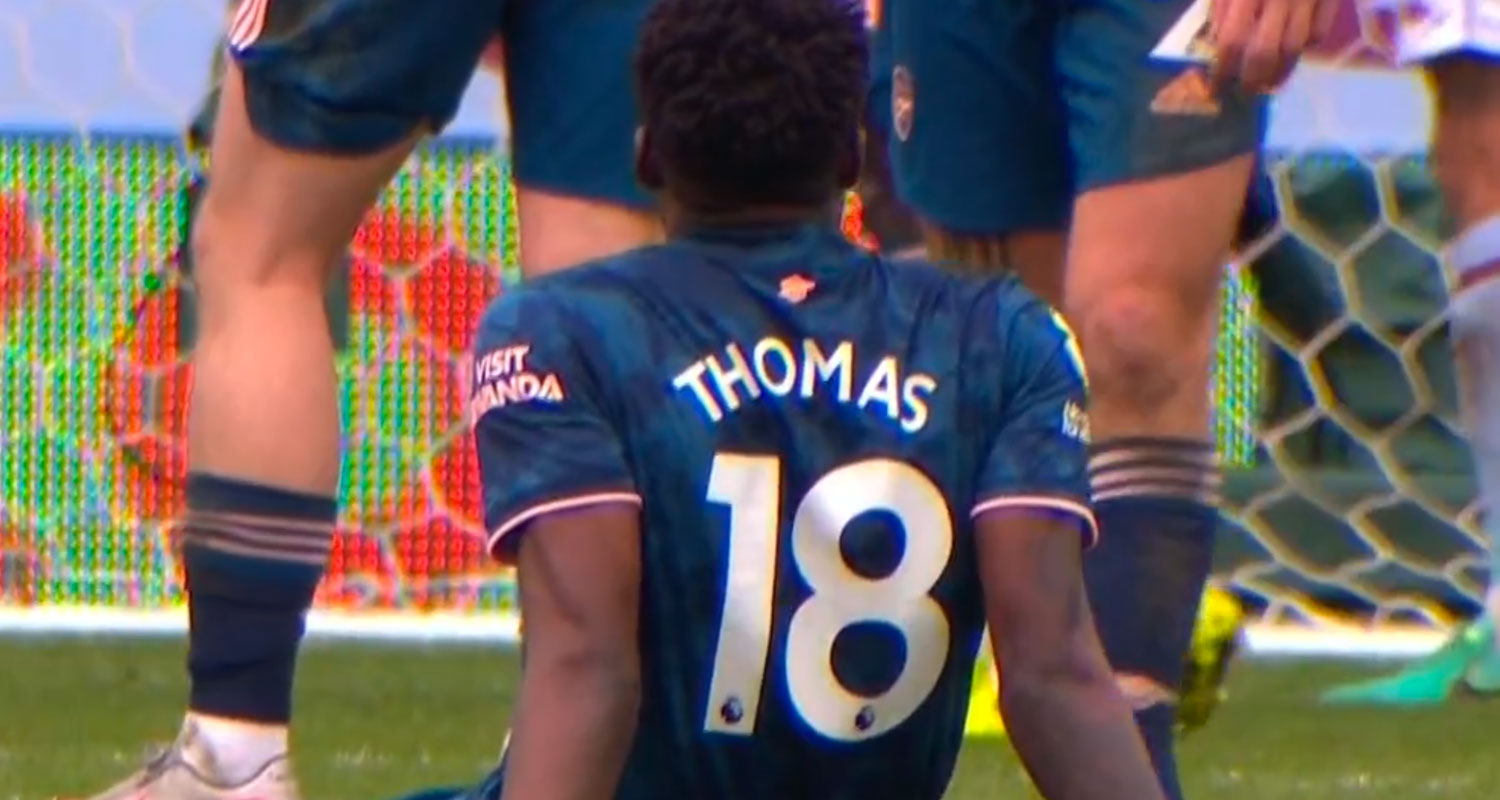 Mikel Arteta meets the press later this morning, and with a hectic and very difficult few weeks ahead of us, he’ll be disappointed that his big signing from the ‘summer’ transfer window, Thomas Partey, will be missing for the Leeds game this weekend at least.

In the latest fitness update, the club confirmed a hamstring strain for the Ghana international, and obviously that’s a blow. He’s our best midfield player, and being without him makes our life more complicated. I don’t need to prove this with stats, by the way. You don’t need them to assess Partey. You just need eyes. Eyes that can see what he does, how he does it, and how he makes those around him better.

I think Granit Xhaka deserves credit for his recent form but being part of a functional midfield pairing has played a significant part in that. The two gel together very well, and facing the likes of Leeds, Benfica and possibly Man City without that partnership will make it more difficult to get good results.

I’m not the first to point out that this is a player who, in years at Atletico Madrid, barely missed a game. Here’s his injury record as per Transfermarkt:

That robustness was probably one of the reasons why, during a Covid impacted market in which we – like every other club – suffered financially, paid out his release clause in one lump. It wasn’t the only reason, obviously. The main ones would have been his footballing ability and how he would improve the team, but for a team which has regularly suffered injuries to players in key positions, it had to have been a nice bonus.

I’ve seen people compare Partey to Abou Diaby since the news of this latest hamstring strain came out, and patently that’s ridiculous. I’m as frustrated as anybody by his absence, but these are not similar situations – not least because Partey hasn’t had his lower legs assaulted and bones shattered numerous times by Premier League cloggers (and Michael Essien). I’ve seen all the usual theories do the rounds about the hardness of our training pitches, our training methods, medical and fitness staff, and so on.

All I would say is this: it’s a season like no other in terms of physical preparation – or lack of – for every team across Europe. Injuries are piling up because of the amount of games being played, there was basically no pre-season to deal with conditioning, and when you add a player coming late to a new club, a new country, a new league etc, you can see why he might have some issues.

Obviously we didn’t help him by playing him in that North London derby, during which he broke down and missed a further nine games – six in the Premier League. That was a risk we should not have taken, even if I can understand why you might do it for a game against that lot. It’s also worth pointing out that it was a decision made with input from the player himself who wanted to give it a go to help his new club in an important match. Arsenal, Mikel Arteta, and his medical staff should have been more ready to leave him out to ensure he didn’t then miss a key chunk of the most hectic part of the season, but maybe too a player who has barely ever been injured isn’t the best judge of how serious a problem is. Again, to be clear, that’s a decision that should have been out of his hands, but you can understand why a manager might choose to take a gamble if his best midfielder says he’s feeling fine to play.

I’m sure it’s something Arteta will be asked about at his press conference, but it’s unclear exactly how much that previous injury is related to the current one. However, it was a problem with his ‘left thigh’ that caused the earlier absence, and now we have an issue with his left hamstring, so it’s certainly possible there’s something going on there.

Since his return against Crystal Palace on January 14th, during which he played the final 20 minutes as a sub, he’s done the following in terms of minutes:

That’s a total of 420 of a possible 540 minutes. Just to add some context, Granit Xhaka has played 630 of a possible 630, and Emile Smith Rowe has done 503 of 540 minutes. Perhaps you could argue Partey has been overplayed, but how many people bemoaning his injury now would have been as understanding if Mohamed Elneny had started games ahead of him? Dani Ceballos was out injured during this period too, while Joe Willock was heading for the loan departure lounge. It’s not as if we were replete with options, and there were times when we tried to ease Partey’s burden (taking him off against Newcastle and Wolves, for example). Sometimes a player gets injured. It’s annoying, it’s easy to rail against everything when he’s out and point fingers, but you can’t ignore the context either.

I do think that what we did with him earlier in the season was far more damaging than what we’ve asked of him in the last few weeks, and I suspect that’s a moment that the manager will look back on with some regret. It does appear to have been a bit of a learning experience, but in the short-term Arteta needs to think about how he manages without him what what are going to be some extremely tricky fixtures in the next couple of weeks.

The thing about injuries this season is that because of the condensed schedule, a two week break will be more keenly felt because of how many games are packed in. Fingers crossed Partey won’t be out as long as last time, and that those asked to step up in his absence can fill the gap well.

Right, I’ll leave it there. We’ll have all the press conference stories on Arseblog News, and as ever on a Friday, there’s a brand new Arsecast to listen to. All the links you need to subscribe etc are below.